“Boom avast!”
Or some such salty gibberish.
“Boom avast!”
“What the fuck?”
Crack! A great chunk of wood smacked against my head. The wood was attached to an over-excitable sail and nearly knocked me into the sea.
Why didn’t he just say “Duck?”
Or “Fucking duck!”

I knew why. He was Dave, and I was going out with his girl-friend – Kay Chestnut. She’d quarrelled with him, made a beeline for me at a University disco and set fire to my heart. Eventually she went back to him, and in time played international hockey. 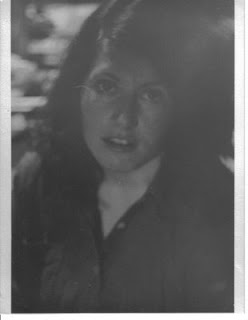 In the meantime we had a pleasant few weeks, sometimes playing chess in a small café on the Uplands Road. The proprietor had chess boards hidden under the counter and would hand them out like they were illegal drugs. He’d look at us fondly, having no idea – like me – what it was all about.

I took Sally Percival there but I noticed the proprietor looked on her less fondly. He’d already worked out a future for Kay and me and saw Sally as some kind of Yoko Ono. 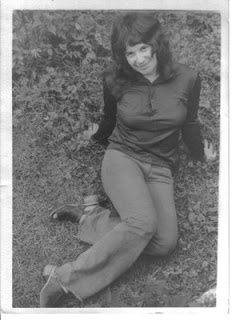 She looked nothing like Yoko Ono. She had a dirty chuckle and came from Polruan.
We moved on from chess to darts. She moved on to Liverpool and the last time I heard of her she was working as a criminal psychologist…hmm, that’s ambiguous.

There were other girls, all of them more beautiful than I deserved: Elaine John, who made me feel giddy; Sally Tovey, tall and blonde. She came from a Welsh family who were prone to singing around the piano; Kate (for once my memory fails me) was also blonde but shorter. She spoke with a clipped, slightly upper class accent, and her wealth and background worried me slightly. But then I was stupid.

We all moved on...debris on the shores of google. To this day I’m convinced all of us are guided…if we listen; but then I’m not just stupid but egocentric, too.
Posted by Mike Keyton at 04:35 No comments:

Uncle John taught me about whiskey, not its finer points but how much of it you could put away in an evening. Eventually they took over the tenancy of 24 Helsby Road, and turned the front room into a mini-bar, or so it seemed. They were immensely generous and great fun.

Irene liked to dance and retained a pre-war, slightly raffish air. Imagine Princess Margaret with a Liverpool accent. John always had a smile on his face, sometimes puzzled, wistful, but always a smile. One Christmas Eve, Irene had a sudden yen to attend Midnight Mass at St. Peters (a black and gaunt Anglican Church now knocked down and replaced by Sheltered Housing, where Aunty Irene eventually died) It was in an adjacent street – Church Road.

I was tipsy, she more so than me, but we made it in time and sang what might or might not have been the opening hymn. And then the Holy Spirit struck. Irene was riven with remorse, a bad attack of the religious guilts.

“I’ve been bad…Mike. I’ve not been good.” Delivered in a doleful whisper that carried the length of the bench.

“I’m sure you have.” A consoling murmur.

I was aware of a stillness peculiar to those who are listening. The two rows in front were occupied by mannequins, their necks turned ever so slightly to one side. The Vicar was extolling the joys of Christmas tide, but everyone wanted to hear what Irene might say next. The Christmas message and gossip as well.

“No, you’re funny and generous. You’re a good person.”

Michael…? This was serious then.

Her head shook slowly from side to side. “Not me.”

I think I dissuaded her from taking Communion. It was a long walk down. Instead we persevered with our ‘how sinful we’d been’ double act, until it was time to go home. Five minutes later we were back at the party where Irene was happy again.

John and Irene had two children: John, known as ‘Little John’ (in case we got confused) and Joan. I have two childhood memories

• ‘Little’ John had some kind of exam coming up and it was decided that I would coach him in English or something. I was considered as ‘bright’ because I wore glasses. On a hot summer’s day, two miserable boys were stuck in the front room, neither really knowing what they were doing there or why.

• A game at our house where we were chasing Joan around the room until she got upset. Hmm, that reads as though that was the purpose of the game. In truth there was no purpose; just a chasing game in a 12΄ by 12´ room and an excuse to run over table and couch. Laugh? We cried.

John Parry died of cancer. Irene died in 2007 in the care home that had once been a church.

'Little' John, I believe works in Rochdale and Joan is enjoying life in the Wirral. I doubt we’d recognise each other, nor probably chase each other around the room.
Posted by Mike Keyton at 05:06 No comments:

It was a meat and potato pasty, two pints of beer, rainy day. A Swansea day. And we were walking past a barely visible Brangwyn Hall. Strange, I thought. All these coaches, all these cars, what’s going on? We drifted up the steps, much like the rain, and found ourselves in an alternative universe. It was Morris Cerullo and a brand of charismatic evangelism I’d never come across before. His sunny face beamed down upon us as an irresistible current of the converted pushed us along into the main hall.

We sat at the back.

Behind us sat a three generation family from the valleys: grandparents, parents and two children eating crisps and chewing gum. They were relaxed, expectant, happy. We wondered what we were doing.

A swelling of chords brought almost immediate silence. A little man, plump and dressed in a blue suit, strode on stage and seized a microphone. He looked like Napoleon and spoke with a Brooklyn accent. Like a gangster from God.

The technique however was exhilarating and mind-blowing. His trick was to speak earnestly in a low, intimate but amplified whisper, gradually building up in volume and repetition to a roaring and passionate frenzy. He spoke for two and a half hours orchestrating emotion like some celestial alchemist. He was no longer funny.

It was like a Nuremburg rally. The children behind us were also shrieking the Lord’s name…and so were we - bemused - wondering at what might happen if we didn’t.

Cue men with baskets at the front of the stage.
Cue men and women, capering down with notes in their hands,
Cue us slipping out the back.

Time for one last pint.
Posted by Mike Keyton at 07:37 No comments:

If he wants to piss in your sink, it's all right by me!

I owe Mick Grey a big favour. It was, in my opinion, his finest hour, but not mine.

We’d been invited to Sue and John’s flat warming party. Sherry was on offer at the supermarket so we bought two large bottles. There were two or three hours to kill before the party kicked off, so we decided on a brisk pub crawl. It was my idea to sell the story that we were visiting our brother at university - that he’d gone off to some posh dinner leaving us…and we knew no one in Swansea. Drink flowed, life stories exchanged. Swansea was and is a warm and generous place.

We arrived at the party late but merry as hell.

Time for the sherry.

There are only two things I remember:

Bouncing off walls that, in a peculiarly Welsh way, defied known physics. (Maybe Cerne will figure it out) The walls sucked you in like rubbery cardboard and then at a whim bounced you across the far end of the room. People made way for me as I headed for the bathroom.

That’s the second thing I remember.

I climbed the stairs using the banisters like a rope ladder. Unfortunately I walked up one flight too many and landed in the bathroom belonging to the apartment above. I was peeing into a suspiciously high toilet – physics playing tricks again – when a woman screamed behind me and piss flew up the wall.

I turned, confused. This wasn’t Sue, definitely not John. “It’s all right. I’m sorry. I’ll clean it up. I grabbed at a cloth and began scrubbing.

At that moment Mick appeared, breathing heavily. He stood, legs apart and put the woman right:

“Listen, I have known Mike Keyton for three years…And if he wants to piss in your sink – it’s all right by me!”

Thank you, Mick, wherever you are.

The only other time I reached anything approaching that level of inebriation was after my final exams. I wish I could remember the name of that wine bar, which served only port, and made you sit on high stools that became more unstable as the evening progressed.

I do remember head-butting parked cars all the way home. (Had I been really drunk I’d have been head-butting the moving kind.) We were accompanied by two pleasant policeman, enjoying the spectacle, and probably concerned for our safety. Or maybe I imagined them.

There’s one thing about my drunkenness, I’m always benign – puzzled more than anything else and I lose any sense of direction – like a wobbly Sat-Nav. On arriving at our flat I staggered into the wrong room and collapsed on the bed. It was hard as hell and things fell on the floor. Again the shocked scream… and then laughter. It wasn’t the woman bemoaning her face-cloth then.

When I looked round I saw Mick Grey and the land-lady’s daughter staring down at me. I was in her room, lying on her dressing table, which by an act of divine mischief was positioned where my bed should have been.

I recount these stories now, with neither pride or shame. I’m describing a different person…I think.
Posted by Mike Keyton at 07:55 No comments: