The Economy of Truth

The phrase ‘being economical with the truth,’ is a Godsend to politicians, banned from calling another MP a down-and-out liar during parliamentary debates. The liar thus becomes respectable, his sin venial, obscured in the phrase.

But ‘truth’ is a slippery thing, something entirely distrusted in the English language. Many phrases, usually prefacing the statement to come illustrate this:

‘I can’t lie…’ suggesting I’d damn well like to.

‘I can’t lie to you…’ more resonant because personal.

I particularly dislike the phrase ‘To tell you the truth…’ I mean, why would you do otherwise?

But this brandishing of ‘truth’, like a shield or a matador’s cape has many permutations:

‘Truth be told…’ here truth becomes something managed, rationed and doled out reluctantly.

‘Without a word of a lie…’ Suggesting the norm is otherwise.

‘To be honest…’ Similarly suggests that this is something different from the normal way you go about things.

‘To be quite honest…’ suggests partial honesty and grudging at that.

‘To be honest with you…’ is very similar to ‘I can’t lie to you’ but marginally more positive. Whereas the latter suggests real pain at having to forgo the lie, the former suggests that whilst he may be less than honest with others, he’s making an exception of you.

Then there is: ‘God’s own truth…’ Suggesting I might lie, but God doesn’t.

And whilst we’re on a religious theme we have the incipient guilt-trip: “I don’t like tea, I must confess.” Why must you confess? Were you considering hiding the fact you didn’t like tea?

Finally there are the variants of: “Ain’t that the truth…’ an Americanism, suggesting truth as bad news and accepted with due resignation.

The London version is shorter: ‘innit’ a more sullen and challenging response to ‘truth’. For example: ‘Coppers are bent, innit.’ Delivered correctly it carries aggression: ‘Yes, it is the bloody truth and I bloody well don’t like it!’

My favourite is a Welsh variant found around Swansea. There they have the habit of turning everything into a question. ‘A pint of beer, is it?' Bear in mind, it is not the bartender asking whether you want a pint of beer. It is the customer asking for one. Here truth becomes something to be questioned; a form of existentialist angst. I like to think he stares at the beer for some time before drinking it.

Is this linguistic distrust of truth found in other languages?
Posted by Mike Keyton at 13:14 4 comments: 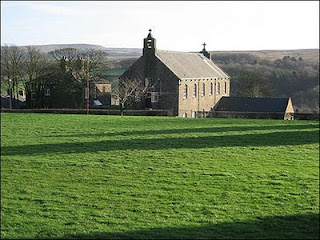 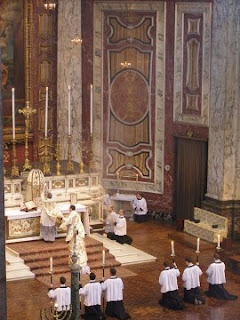 
Then there are the terrible priests where you want to march down the aisle with a tumbrel, but that might be another post.
Posted by Mike Keyton at 04:22 10 comments:

Dedicated to Richard and Ruth Lewis and their ‘passion’ for Downton Abbey. 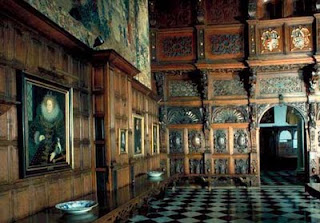 Do houses have their own peculiar curse? Robert Cecil, a thoroughly bad egg, invested a life of back-stabbing and ambition in Hatfield House. The building is magnificent inside and out, the Jacobean carving extraordinary in its artistry and detail. Walk inside and it takes your breath away, as it did for Cecil who died just before it was finished.

Sometimes bad luck can strike once and then it’s done. With other houses it’s a more drawn out affair. 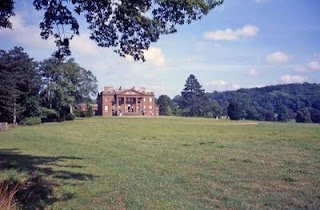 Berrington Hall with its own melancholy history is a case in point. It was built in 1778 by Thomas Harley, a wealthy banker and government contractor. The house was designed by Henry Holland. Capability Brown landscaped its parkland; and its interior, exquisitely proportioned, was opulent and warm. Thomas Harley had no sons. You can’t have everything, but his daughter, Ann, did marry the George, the son of the more famous Admiral Lord Rodney. 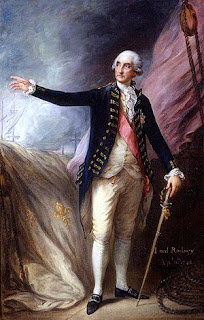 This man, whupped the Spanish, French and Americans? What were their commanders like? Seriously, Gainsborough reveals a lot in that face

Lord Rodney had been a gifted naval commander who’d thrashed the Spanish, French and Americans in many naval encounters. He was also greedy, addicted to gambling and spent more than he owned – to the extent that he was forced to flee Britain in order to escape his creditors and spent some time in a French jail.

The Rodney family weren’t blessed with luck. Anne’s brother-in-law was lost at sea, and her three sons, the third, fourth and fifth Baron Rodneys died in 1842, 1843 and 1846 respectively. By the time the seventh Baron Rodney took up residence, Berrington Hall was the worst for wear and to make things worse he’d inherited the first Baron’s taste for gambling. Over the years Berrington was stripped of its farms and much of its treasures. The house was sold in 1901 to Frederick Cawley MP who’d made his wealth in the cotton industry. 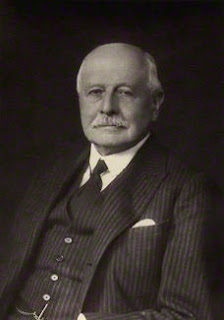 For a time everything went right for them. Frederick Cawley had patented a pure black dye and when, in 1901, Queen Victoria died, a nation went into mourning and clothed itself in black crepe. And Cawley became even richer. In 1906 he was made a baronet and Berrington hall prospered under his enlightened and energetic ownership.

Then in 1914 tragedy struck. World War One. Within a few months of war their son, John Stephen, was killed in action. He was thirty four. The family were still grieving when in 1915 their second son, Harold, died at Gallipoli. The youngest son, Oswald, was killed in 1918, just three months before the war ended.

It is well worth reading the link, describing each brother’s death.

The house has a small room where pictures of the Cawley family hang. They show faces that are down to earth and decent. Good men died and the parents never recovered. On the wall is a personal, handwritten letter from Winston Churchill, then First Lord of the Admiralty, commiserating with their grief. The letter is intimate and sincere on first reading.

But Captain Harold Cawley’s death is not without mystery. Initially he was Aide-de-Camp to General Sir William Douglas and enjoyed relative security in Divisional Head Quarters. From there he wrote a series of uncensored letters to his parents, describing in detail the poor calibre of the recruits from the Northern towns of Lancashire. More significantly he went on to describe, in caustic detail, the short comings of General Sir Ian Standish Monteith Hamilton, Lieutenant General Sir Aylmer Gould Hunter-Weston, and Major General Sir William Douglas, who he described as ‘peevish willie. The brunt of his criticism was that Generals were sacrificing men without reason but through sheer stupidity. Were their consequences?

The official line is that Captain Harold Cawley requested to be posted to the front - "I have always felt rather a brute skulking behind in comparative safety while my friends were being killed." He was granted his wish and two weeks later was killed.

A descendent, Charles Cawley, perhaps expressing a family tradition, has a different line. Harold’s letters were addressed to his father who was in the cabinet. More significantly they could be interpreted as criticism of Churchill who had masterminded the Gallipoli campaign. In Charles Cawley’s words :

“As a consequence, (Harold) left the general staff and went straight to the front line. The inevitable happened. It is more than possible that he knew exactly what he was doing and this was an act of virtual suicide.” Confronted with Churchill’s handwritten letter and the story as told by Charles Cawley, it is hard to be certain of where truth lies. But the grieving father was made a full baron, and money continued to roll in with a nation in mourning and the increased demand for black dye. 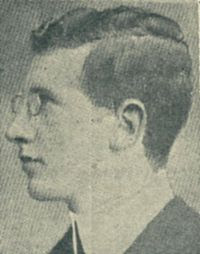 
During World War II Berrington Hall was turned into a hospital but the new Lord and Lady Cawley still dressed for dinner every night and retained stiff upper lips when the Americans arrived and churned up their park in their jeeps. When Lord Cawley died in 1957 a grateful nation charged death duties of 80% and they were forced to sell up, bequeathing their house to the Treasury and ultimately the National Trust. Lady Cawley was allowed residence there until she died, though she lived longer than anyone expected – dying a centenarian in 1978. 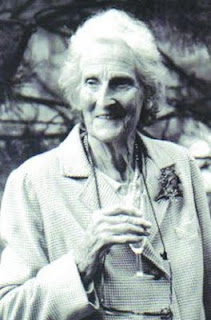 Even then a degree of controversy lived on
Posted by Mike Keyton at 13:03 13 comments:

The morning begins slowly. Three strong mugs of tea and solitude. I don’t count the radio, murmuring the news, telling me what to think for the day and the rest of my life. Sometimes I will sit in a green gloom with curtains closed. On good days I will draw the curtains wide and stare through the conservatory at a giant damson tree, its leaves furiously break-dancing, feeding on air.

The tree is a slow measure of the seasons, a dense green throughout summer, gold and brown then ragged as autumn progresses, and finally bare, showing the hills beyond.

Today I realised I was stroking a hair just below my bottom lip.

I hadn’t shaved; my face a mess of stubble. I realised at the same time that I always fingered this particular hair. Short and stubby just below the bottom lip. This was an errant hair following no particular grain, an oak amongst hairs. I still had two cups of tea to go, so plenty of time to work this one out. My hand coursed across both cheeks and jaw line. It was like feeling sandpaper, coarse uniformity. Not one hair drew attention to itself. If I arbitrarily chose one I immediately lost it when trying to find it again.

My finger returned to its old friend, pushing it from side to side, enjoying the tense tingle to the skin around it, feeling the urge to shave it hard, knowing it would grow again and be waiting for me as perky as ever the following morning.
Reassured, I drained my final mug of tea and woke up my wife. A new day begun.
Posted by Mike Keyton at 04:06 10 comments: