Both had a husband called Philip,

Sometimes life gets in the way, and the words won’t come. But luckily, Fred R Barnard comes to the rescue. In 1927 he came up with the quote ‘A picture is worth ten thousand words.’ It was later watered down by others to just ‘a thousand words.’ But I’m with Fred, who was probably in much the same position as myself. Nothing to offer but 6 pictures which by my estimation is a good 60,000 words.*

The first two were taken from an evening walk behind our house. ‘It will be good for you . . . You’ll enjoy it,’ they said. Hmm. 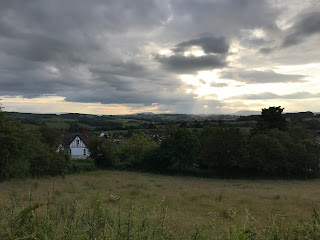 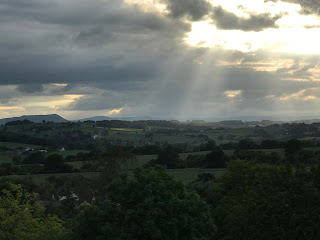 The next batch come from the house of some good friends on the Kymin, which overlooks Monmouth.  Now that, I did enjoy. Friends, a full stomach and fine wine. Even the sky turned up trumps. You can see the ‘sugar loaf’ and the Welsh hills in the far distance, Monmouth immediately below. 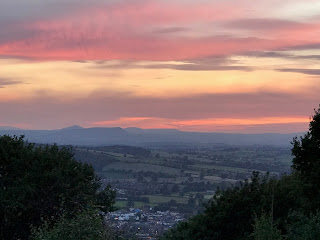 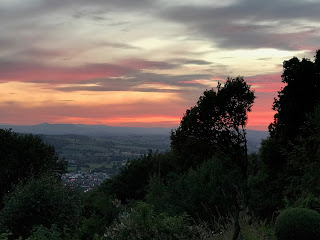 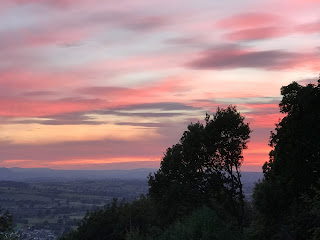 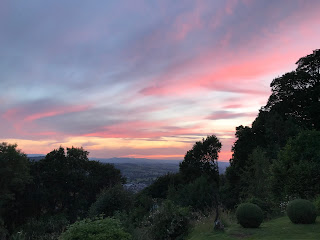