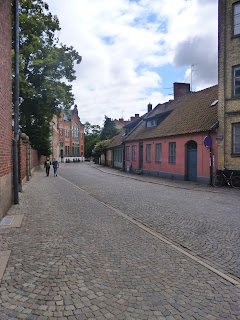 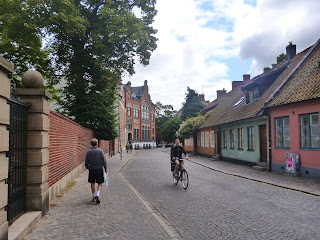 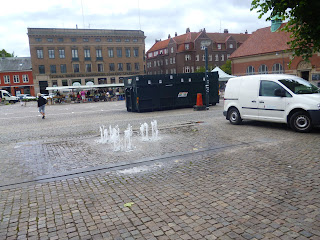 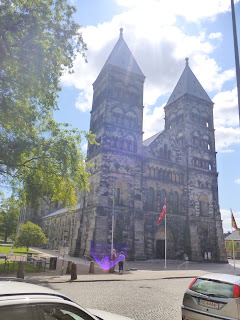 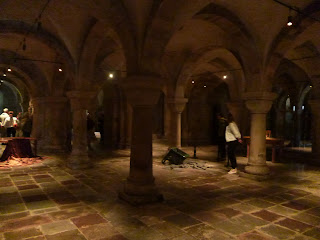 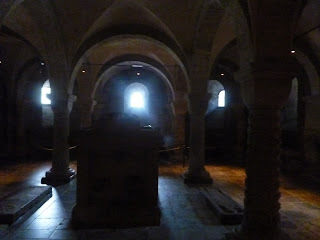 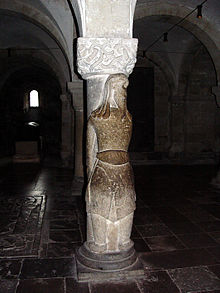 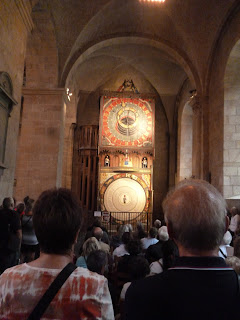 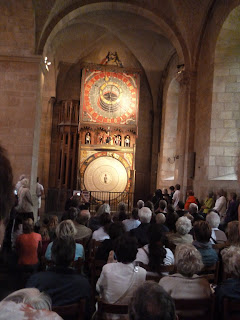 This was built in 1424 and still going strong. I made my point last week about the Newport Clock
Posted by Mike Keyton at 04:06 7 comments:


Hassleholm derives its name from a nearby manor and owes its existence as a town, and later a city to the railway. Three of its major claims to fame are:

That General Ludendorff briefly settled there after Germany’s defeat in World War 1
That Vladimir Illych Lenin, enroute to Russia, briefly passed through it in the famous ‘sealed train’
And that Henning Mankell used its railway station in one of his books.
In years to come it may be said that I spent five days there in 2013. 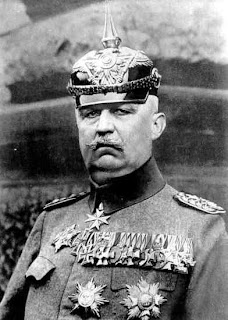 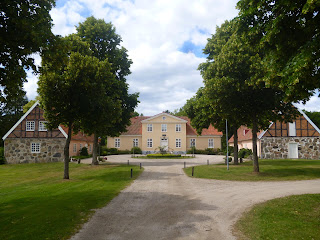 The amazing thing about Hassleholm is its very wide streets all of which are largely devoid of traffic. The city is weirdly quiet and it may well be that its denizens are only allowed out at certain set times, or come out en-mass between the hours of two and four thirty in the morning. 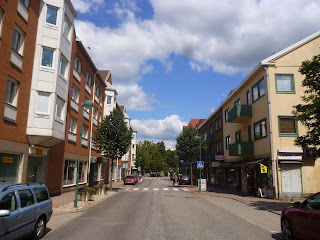 An even quieter street 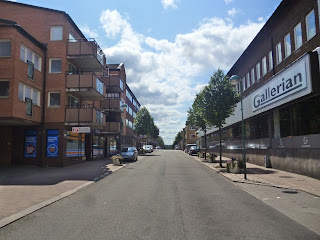 The quietest street of all. 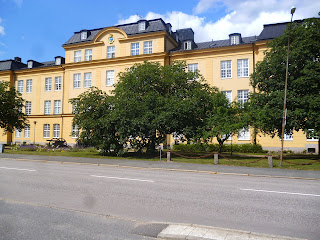 The other interesting thing about Hassleholm is its dogs. They are all white. Whatever the breed, though most tend to be Scotties or small terriers, they are all white. I lie of course – a harsh term for exaggeration. I did see three brownish dogs, but they stood out against a sea of doggy whiteness. Was it a fashion, a necessary Valkyrie accessory? I never found out. I was too polite to ask.

Despite being relatively modern Hassleholm is an attractive city. Not so the city of Lund – modern that is. Lund was founded by King Sweyn Forkbeard in 1020 A.D. though there are even earlier remains close by that suggest more ancient origins. 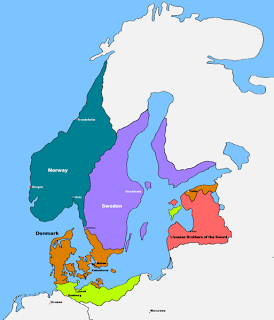 Don't you just love 'The Livonian Brothers of the Sword'?

Both Hasslehom and Lund are in situated in the province of Scania which, until 1658 and the Treaty of Roskilde, was part of the Danish Kingdom. The Scanian war in 1675 saw the Danes trying to win back their lost province. It all ended in tears in the Battle of Lund, 1676 when the Swedes, after a shaky start, drove the Danes out. I have mixed feelings about this. Had the Danes stayed the beer might have been cheaper and stronger. No supermarket sold alcohol stronger than 3.5%, and I  went as white as Hassleholm's dogs when I was charged over £11 for just one and a half pts of beer. I remember staring at the bill and giving a good impression of General Ludendorff.

Still, Lund has a history. It has a cathedral, a legendary giant and an astronomical clock, complete with walk on angels, wise men and saints. Built in 1425 it is still going strong, which is more than can be said for the Newport Clock now in cold storage because the council can’t afford a minor repair.

More about Lund next week.
Posted by Mike Keyton at 13:36 4 comments: