Adrian Jones was a revolutionary socialist. He later became a union official, a hotelier in Scotland hobnobbing with lairds, and now possesses a golden chain as Lord Mayor of Wallasey. He was always a gentleman, partial to hunting dogs, Barbour jackets and Welsh choirs. Despite a broad, rolling Monmouthshire accent which gave gravitas even when ordering ice-cream, Adrian came from Newport, which has never been famous for its gravitas, only a mole-screw wrench and a Transporter Bridge.
Adrian had a passion for argument, books and good beer. He was also an idealist in that he thought he’d be able to teach me to drive. The first and only lesson took place on Mumbles car-park, dangerously close to cliffs and sea.

Everything started well. The door opened as it should and the steering wheel was in the right place. Adrian’s voice was measured and calm as he took me step by step through preliminary maneuvers.

The trouble started when the car began to move…at about ten miles per hour – too fast for me. I froze as we headed straight for the cliff and disaster. I knew a pedal accelerated, and another one braked, but which bloody one? The cliff hurtled towards us at – I know – 10mph – so close now that a wrong choice in pedals would see us in casualty.

Adrian’s face, too, was frozen in disbelief. I imagined the obscenities racing through his head, but his voice remained calm. “Middle one …hard, Mike.”

We stopped just in time.

I never drove again. Ever. But we both retained a strong interest in politics and beer.

At a Swansea Young Socialist meeting we were discussing Marxist dialectics; I attempted to explain ‘thesis, antithesis and synthesis’, and the limited role of individual choice in the historical process. I used the analogy of two caterpillars looking up at the sky as a shadow passed over them. It is a butterfly. One caterpillar turns to the other and mutters: ‘You’ll never catch me up in one of those things.’ It got a laugh. Only later did I realise that a person of faith could have used the same analogy, and may have got an even bigger laugh.
Posted by Mike Keyton at 14:32 No comments: 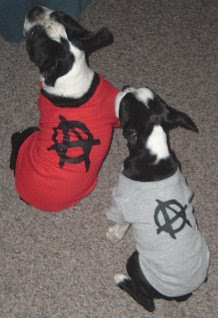 (With thanks to Rick Lewis)
Posted by Mike Keyton at 03:54 No comments: 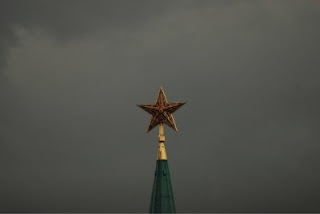 
Politics on campus was dominated by the Socialist Society or Soc Soc, a broad church of the left but in reality riven in faction. RSPGB fought IMG; both despised IS and all three despised the PLP. The initials say it all. There was also a thriving Anarchist Society dominated (if not led) by Ian Bone. He at least has remained true to the principles he espoused in 1969. Whether that is meritorious or sad is open to debate, but I doubt many other members of Soc Soc can make the same boast.

There was a difference between them and an old trade unionist I met in Liverpool. He had been a boy during the Russian Revolution and in 1926 experienced the General Strike. Later on in life he made his first visit to St. Petersburg (Leningrad). He described approaching the city by night, the bus hedged by forest to either side. Then, in the distance, he glimpsed a red star twinkling from the highest building in the city. As he told the story, his eyes became visibly moist, the image and symbol still so potent in his memory. I doubt former Soc Soc students will ever experience the same emotional response on seeing the Lewis Jones Hall of Residence peeping over the trees of Singleton Park.

Trotsky was asked what went wrong with the Russian Revolution. He answered in a parable. When there’s a shortage of bread you have bread queues. When you have bread queues you have police controlling them – and the police take the bread. One wonders what kind of Gendarme Trotsky would have made had he not been forced into exile by Stalin.

Anyway, the plum wine is strong tonight. Hmmm…sounds like a cold war password
Posted by Mike Keyton at 14:17 No comments:

Sometime around 1969 / 1970 Anthony Wedgwood Benn who was then Minister of Technology, spoke at Swansea University. He was a man enthused, a man with a mission, possessed with the answer to everything: Technology. The Buzzword then was the ‘white-hot heat of technology.” Technology was the Alchemist’s Stone that would transform society, revitalising wherever it touched. Technology would dissolve class, or at least make its inequalities more bearable.

At the back of the hall was Terry Harrison, a Militant Activist from Liverpool, and a Cammell Laird’s Shop Steward at a time when Merseyside still built ships. He listened attentively, and when the talk opened out into questions raised his hand. There followed a searing analysis of the Minister’s idealism (or crap), its contradictions and flaws, and how it bore little relation to the daily life of working men. He concluded with how Britain was essentially dominated by 300 monopolies (A Militant slogan at the time) and how technology would primarily be used to exploit labour with greater efficiency. There followed a deadening silence and a subdued response from Anthony Wedgwood Benn. More of a burble than a response.

Shortly after that Anthony Wedgwood Benn became Tony Benn, a lucid leftwing firebrand, and in time, a ‘National Treasure’* - the status acquired when one is deemed no longer a threat. Mick Jagger is one, along with Cliff Richard – but I digress.

I like to think that Tony Benn experienced a Damascene moment when Terry Harrison spoke, and know it for conceit. We’d all like to think, that at least once in our life, we’d been touched by history. In the words of one who could turn the Lords Prayer into a soundbite "A day like today is not a day for soundbites, really. But I feel the hand of history upon our shoulders. I really do.” (Tony Blair) In my case it was probably dandruff.

Benn was, no doubt, blissfully unaware of Terry Harrison. He attributed his radical shift to his experience as a minister in the 1964–1970 Labour government. In his words:
As a minister, I experienced the power of industrialists and bankers to get their way by use of the crudest form of economic pressure, even blackmail, against a Labour Government. Compared to this, the pressure brought to bear in industrial disputes is minuscule. This power was revealed even more clearly in 1976 when the IMF secured cuts in our public expenditure. These lessons led me to the conclusion that the UK is only superficially governed by MPs and the voters who elect them. British Parliamentary democracy is, in truth, little more than a means of securing a periodical change in the management team, which is then allowed to preside over a system that remains in essence intact. – Which helps put the Palin Mcain/Barak Obama and Joe Biden hoopla’ in perspective.

* A list compiled by the New Statesman in 2006, voted Benn twelfth in the list of "Heroes of our time"
Posted by Mike Keyton at 05:49 No comments: