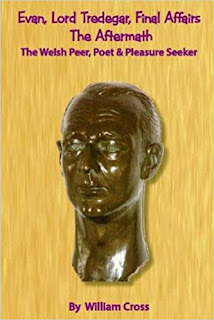 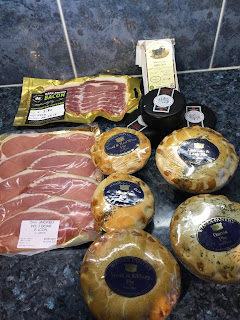 *I’m wondering whether they were called Scotch pies but googling it, it seems they have gravy in them – not the hot succulent, gelatinous meat I remember. The search continues.
Posted by Mike Keyton at 07:41 4 comments:

I only recount this dream to illustrate a point. I was with my wife in a large cafeteria echoing with the clinking of crockery and cups. Our table was an exception, for we had no cups. We had no tea. And we were thirsty. I stood up to investigate.

At the far end of this place of pine and polished steel, a tea urn gleamed, and I headed towards it.

Damn thing was empty. Looked like it had been empty for years.

I sensed my wife’s roaring thirst catching up on me. A waiter dressed in green tweed sailed by and ignored me until I wrenched him by the arm. ‘We want tea!’ I said with some force.
He pointed to another tea urn still farther away. ‘That’s bloody ridiculous,’ I said, boiling with fury and rage . . .

. . .  even as I drifted into consciousness, and realised I could just roll out of bed and drink all the tea I could possibly want. But the dream held me back. I wanted blood . . . and tea. This fellow in tweed was not going to get away with his insolence. It was a classic example of Dream vs Reality. Rage vs a teabag just a moment away. Reality overcame insanity—just—and I staggered into it and all the tea I could drink.

But sometimes dreams invade reality and the borders between the two become blurred.

Was I dreaming when I read a notice in an upmarket supermarket (Waitrose) exhorting customers not to wheel their trolleys into the toilets? And I’m still not sure about another incident on a long and wearisome journey.

I was dozing on a National Express bus from Liverpool to Monmouth, when someone hissed loudly in my  ear. “It’s disgusting. May the Lord have mercy on their souls.”

I opened my eyes and a woman in green tweed stared into them. “I shouldn’t be telling you—a gentleman like you?”

I must have looked puzzled.

She brought her face closer. “Two women kissing. Just walked past them now. Front of the bus. Driver should never allow it.”

The woman was stocky and grey, middle-aged and with the intensity of a witch or a Welsh non-conformist. I struggled to make some kind of reply. Was she dreaming or was I? Was I still in the C21st?

“Obscene. I’ll pray for their immortal souls,” she muttered before walking on to the back of the bus.

I tried to go back to sleep still not entirely convinced it wasn’t a dream. Sleep wouldn’t come. The picture of women passionately kissing just six rows up front, put paid to all thoughts of sleep. The damage was done. Whenever the bus stopped I looked up to see who these mysterious creatures were—discreetly mind, in case the woman behind might feel obliged to pray for my immortal soul too.

No one left the bus before Monmouth, and I stood intrigued but discreetly so. I cast my eyes this way and that as I made for the door.

The woman was blind, opinionated but blind. The couple that had provoked such Godly wrath were most definitely heterosexual: a comely woman in black leather and jeans and her boyfriend whose hair was longer than hers.

I leapt of the bus eager to be home with a pot of strong tea and a bathroom with not a trolley in sight.