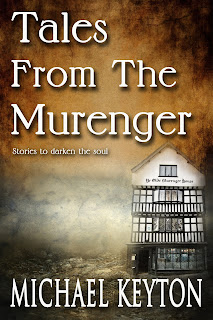 A few companies have ‘Advanced wastewater purification systems’ but most still use an older less efficient technology that effectively dumps bacteria, pathogens, heavy metals and other contaminants in to the once pristine waters of the Antarctic, the Caribbean and Alaska. It is the human urge to travel and explore. It is also the human urge to poo, but on such an industrial scale? And should I add mine to it? Maybe we should all be issued with ‘dog-poop’ bags and take the stuff home with us. It might makes us think twice about that extra dessert.
Posted by Mike Keyton at 03:53 2 comments:

Cold sucks the joy out of you. A week or two ago we went to Stratford on Avon along country roads dense in fog and mist. Stratford itself was clear under blue skies, but it was bone-frozen cold. When it’s really cold you walk, muscles clenched and sinews taut. Even my teeth were cold.

Under these conditions you find yourself immune to history and culture. It comes to something when the highlight of the day was a Cornish pasty. It was peppery, with just the right combination of swede and beef. And it was hot.

I consoled myself we’d been to Stratford before, in happier, warmer times. Even so, there is always something of interest, and besides I had my new iPod touch with a rather fine camera to test.

This is Shakespeare's birth home where his father worked as a glove maker. 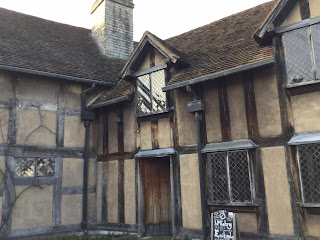