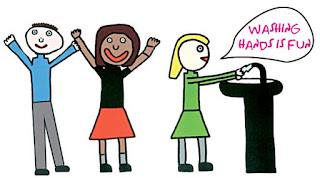 Recently we have been subjected to the most sanctimonious drivel about the glorious impartiality of English law. The case in question was that of the High Court’s decision that Brexit could not be set in motion without the prior agreement of Parliament. I’m not concerned with the legalities here. I am concerned that to dare question the Judge’s impartiality is to verge on secular blasphemy. Somehow we are expected to believe that these same judges who have European interests and sympathies become judicial deities when they put on their wigs.

Law is a fine thing and beautifully expressed in Robert Bolt’s play: A Man for all Seasons.
When asked whether he would give the Devil the benefit of the law, Sir Thomas More answers in the affirmative, asking his son-in-law whether he would cut a great road through the law to get at Satan. William Roper has no doubt about the matter. He would cut down every law in England to do so.
Thomas More responds thus:

“And when the last law was down, and the Devil turned around on you—where would you hide, Roper, the laws all being flat? This country’s planted thick with laws from coast to coast—man’s laws, not God’s—and you cut them down . . . d’you really think you could stand upright in the winds that would blow then?”

It’s a fine speech, one of a whole canon that sanctifies English law. I also believe the principle applies equally well to nation states. They too in their traditions and variety stand as bulwarks against the tyranny of empires from—Napoleon to Brussels. The same might also reflect the tension between perceived States’ rights Vs Washington in America. Levelling flat —however grand the motive—is a dangerous game.

But we are talking about law and there is more than a hint of hypocrisy in all this. In fact it exemplifies the Hans Christian Anderson story of the ‘Emperor’s New Clothes,’for it is not only the law we are expected to worship, but those who interpret the law; and judges for all their robes and long wigs are not even emperors, though some would demur.

Marx hit the nail on the head when he diagnosed all law as essentially class based, developed in the interests of the ruling class. It might, as a byproduct, defend the property rights of the poor, but it is the rich who benefit the most or the dominant power in the establishment at any given time.

In its crudest form this is best illustrated by the career of the notorious Judge Jeffries, the ‘hanging judge’ and champion of King James II. Jeffries was made Chief Justice after convicting one of the king’s opponents, Lord Russell, despite a previous judge having serious doubts about his guilt. The solution then – and now – was to replace the judge. After the 1685 Monmouth rebellion against James, Judge Jeffries hung hundreds, often in batches, and transported hundreds others to the West Indies. A grateful king elevated Jeffries still further, making him Lord Chancellor.

The right interpretation will get you far in the British establishment, but when the establishment changes . . .?
In the so-called ‘Glorious Revolution’ of 1688, the Catholic James was deposed and replaced by a Protestant Dutchman, William III. Jeffries was arrested and died in the tower of London a year later. His interpretation of the law was not to taste of the new regime.

The Americans, though less brutal, recognise the reality of politics and justice when it comes to the composition of the Supreme Court. There, political balance or lack of it is openly debated.