I have just been awarded a blog award, one which necessitates me writing seven little known things about myself. And there was me, puzzling as to what I was going to write about this week. God works in wonderful ways.

And so does: DRC

I loved the taste of uncooked liver as a child, right up to my early twenties when I discovered the possibility of flukes. I still love the memory of fresh liver, its raw tang and cold, slippery texture as you bite into it. I may be the reincarnation of a 'Rottie' or perhaps a 'Labradoodle'.

I sit in the dark for an hour at least every morning, and consume three very large mugs of strong tea. The consequence is that I have to go the toilet quite often throughout the morning, but this is a good thing because it forces me from the computer and offers something in the way of exercise.

I swim 90 lengths a week in the Leisure Centre, but only breast stroke or backstroke. My crawl is more akin to a hyper-active crab. It has always been so. As a child it may have been quite endearing. Now I’m a danger to children and old women.

As a paper boy I used to be a prodigious whistler. Old men who should have known better would congratulate me on my whistle. Said it was better than any alarm clock. This whistle has now gone, a sad case of use it or lose it.

I once chewed on a piece of cat fur at an Indian restaurant in Swansea. It may have been squirrel or dog but my stomach allowed little time to analyse the situation.

I struggle to be generous. I’m improving, slightly, with age.

My favourite ‘fast’ food is beans on toast but with two provisos. Lashings of black pepper; and the toast has to be doused liberally with extra virgin olive oil, preferably from Palestine or Greece. On the tongue it tastes of smoked fruit and earth – even better than raw liver.

And a bonus one. I don't always follow things through.
Posted by Mike Keyton at 12:29 14 comments: 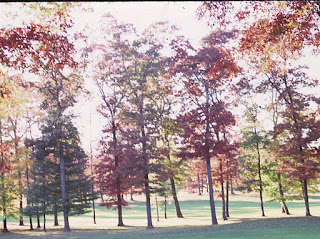 As I walk down Lancaster Way into a bowl of woods and hills and patterned fields, I feel like I’m walking into a picture book enclosed in sky. Only how do people live in picture books? Imprisoned in a crisp neat page and circumscribed by plot, to our eyes colourful but flat. Sometimes I’ve stood and wondered whether I could reach out and clutch handfuls of green and sky and tear it apart; see what’s behind, and know that I am staring into the face of madness or its sister, whimsy.

Turn right at the bottom of Lancaster Way and you’re on a country lane that meanders through half forgotten names: Llanrothal, Llangattock-Vibon-Avel, Wendee Wood, St. Weonards, Orcop,Welsh Newton, Wormelow Tump, Much Birch, Little Birch, as Wales slips into Herefordshire.

It is a lane of low, afternoon suns, rich meadows and woods of translucent amber and green. When it is cloudy the ivy covering trees, embankments and slowly rotting logs resembles chainmail, cold and dark, and you appreciate the importance of light. Or should I say photons, along with gluons and quarks that pattern and bind the molecular structure of all that we know. And then I think of neutrinos.

To them we are gossamer. All our fine buildings, grand armies, and wealth, a faint mist, they race through. From a neutrino’s perspective we are 99% space, vast distances separating the component parts of the pattern we define as reality.

It doesn’t solve the problem of hunger or the demands of a tyrannical boss, it doesn’t cure heart-ache, but it helps to remember the material world is not all there is or all that we see.

At this moment I : 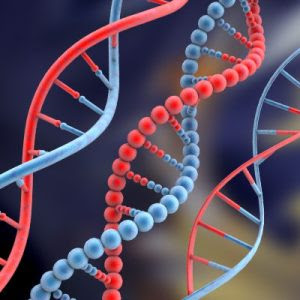 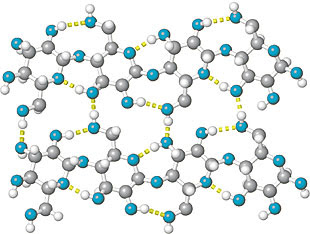 And even this is material – colourful symbols - thought captured on screen.

Ephemeral products of a ‘designed’ or random construct; or an aspect of spirit that lives beyond flesh? Either way it comes from the world we don’t see.

Designed or random our material world may be a mere filament in a mass of seething particles - or emptiness - where faith and thought, even dreams, may share more than we know.

Time for a beer, I think, or better still a gin and tonic - Where dream and reality mixes nicely with ice and sometimes combines. 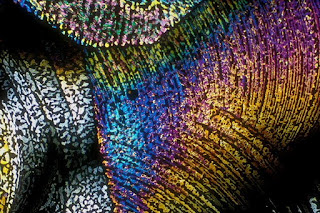 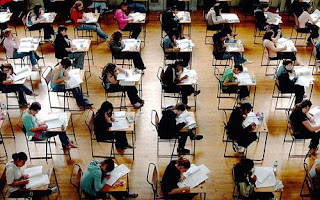 But always there are the students. I gaze at faces lost in thought, conscious of the faint but earnest noise of pen on paper, a desk scrape, the long and unaccountable sigh. An exam hall is a shrine to hope and purpose, the endless possibilities of life. You make comparisons with what you have done and what they hope to do, which leads to the stupidity of believing your own life is all but over. And that is stupid. Life ends when you die. Until then all is possibility. Even the end of an exam.
Posted by Mike Keyton at 03:14 10 comments:

We are subject to shadows 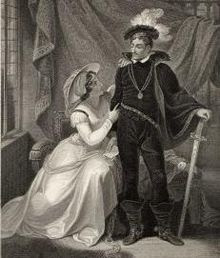 We are subject to shadows. It has always been so.

Henry IV deposed a king. A fairly useless king who’s sole claim to fame was to introduce the handkerchief to England. Before then real men had wiped their noses on mailed sleeves. Henry IV was made of sterner stuff, but he had set a precedent. Richard II may have been a lying arrogant twerp but he was king, anointed by God and son-in-law to the King of France. To make things worse, their grandfather, Edward III, had been unusually fecund, taking a second wife in his dotage. In consequence a large tranche of the English aristocracy had some claim to the throne. Henry IV had kicked and shattered Pandora’s Box, and when Owain Glyndwr sparked a Welsh rebellion against English rule, pride and ambition threatened to tear the island apart.

In 1402 Sir Edmund Mortimer was captured by Glyndwr but Henry IV refused to ransom him. Why should he when, as yet another descendent of Edward III, Mortimer could also stake a claim to the English throne?

Understandably niggled, Mortimer negotiated an alliance with the Welsh and married Owain Glyndwr’s daughter. He acted quickly and called in favours - in particular from his powerful brother-in-law Henry Percy (Hotspur) who ruled most of Northern England as Earl of Northumberland.

Owain Glyndwr acted almost as quickly. Envoys were sent to the King of France, who, like Brussels today, saw nothing but advantage in a weak and divided Britain. An agreement was arrived at.

Under the Tripartite Indenture, Glyndwr would rule an enlarged Wales, one that would extend as far as the rivers Severn and Mersey including most of Cheshire, Shropshire and Herefordshire. Mortimer would take all of southern and western England and Percy would take the North. French forces landed in Wales and the Isle of Wight. They devastated the coast of Devon and with Scottish privateers raided the English and Welsh coastline wherever vulnerable.

In history much is determined by accident and holding one’s nerve. At the battle of Shrewsbury Hotspur raised his visor in order to breathe and was immediately killed by an arrow to the mouth.

Henry IV was said to have wept, though I don’t see why. However when rumours later circulated that Hotspur still lived, Henry had him exhumed, his body salted and quartered and circulated around the kingdom. Just to hammer home the point, Hotspur’s rotting head was stuck on a pole in York.

England remained undivided, and with the death of Mortimer and the demise of Owain Glyndwr and Wales absorbed.

The story is a case of what might have been and testimony to the power of ambition and deals made in darkness. I imagine the average peasant, craftsman or merchant had little idea of the issues, of what had been agreed and why – much like today. Only today bankers, politicians and bureaucrats are unlikely to be salted and quartered should they get things wrong. 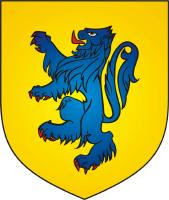 Ambitious warlords put their neck on the line but behind the heraldry a peasant whose crops were seized or destroyed would have little idea why. It is much the same today though the warlords have been replaced by global financial powers, bureaucrats and politicians.

If it ain’t broke don’t fix it: A golden rule and a test of the probity of those who think otherwise. Whose interests are served by the break up of the UK, a small, already over-governed island?

The only real beneficiaries of devolution are politicians seeking more troughs. And behind them a Commission in Brussels that would like to see Britain the political equivalent to Lichtenstein or Italy before unification. But devolution didn’t carry the process far enough.

What other reason was there in John Prescott’s attempt to create another layer of government in the form of Regional Assemblies. The 2004 attempt mercifully failed when a referendum that was allowed saw a 78% majority against the idea. But don’t believe the impetus has gone.

With Wales seeking more power for itself, and in Scotland a smug grinning toad waiting his chance, you have to question the wisdom of those siren whispers calling for an English Assembly. Who gains from diluting power into the hands of even more politicians? And is democracy enhanced if we’re allowed to choose the design of a new postage stamp, the winners of Big Brother, or the X Factor, whilst more power is taken up by a European Commission that no one elects?

We are subject to shadows.
Posted by Mike Keyton at 03:27 12 comments: