The best thing about Christmas when I was a small child was going to Santa's Grotto where in the days before paranoia set in you were allowed to sit on a strange man's knee. All the big Liverpool stores had their Grottos but my undoubted favourite was Blacklers. Getting the bus there with my mother and brother on dark and wet December day was beaten only by Christmas Day itself. And I'll say one thing more. Chocolate Selection boxes were considerably bigger than they are now!

This was Blacklers before my time and before the Blitz all but demolished it. 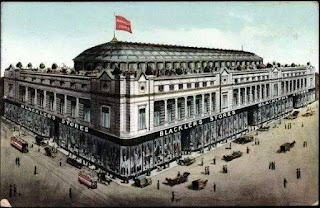 The new Blacklers was rebuilt in 1953 and this was how I remember it, huddled under my mum's umbrella 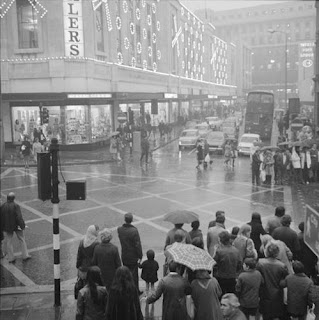 Not exactly Vegas but magic to us. 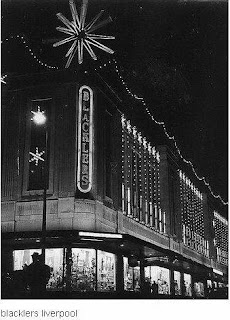 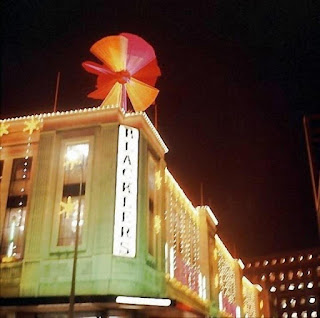 Toys on offer. They sufficed. 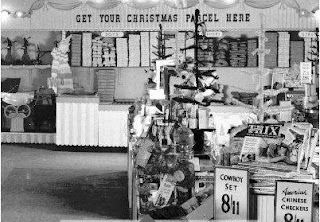 Though not everyone was pleased 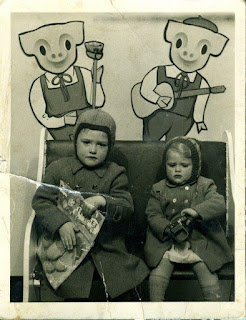 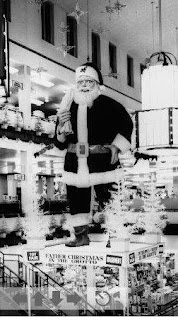 And for those who like trivia, George Harrison worked there in 1959 as an apprentice electrician. It was a wise move opting for The Beatles for Blacklers closed in 1983

And Merry Christmas! Time to sink into reflection, indulgence and chaos. See you  in the New Year. God willing.

A Poo Stick in a Tsunami

Some days wake you up with a bang. This week I walked to the pool for my usual early morning swim. It’s a chance to slowly wake up, walking down a long country road in darkness. It’s a melancholy business, especially in autumn, trudging through drifts of dead leaves, registering the hooting of a solitary owl as you pass the fields where old women will later unleash their dogs.

Today though was different. Today I was buffeted by wind, the tail end of Abigail, or Bertie or Clodagh or something. Britain has finally got round to naming its storms—like America.  Think it’s cool. I can’t keep abreast of it. All I know I was being tossed this way and that along with trees doing some kind of hip-hop, and waking up much faster than I wanted.

Never mind. I consoled myself with visions of a lukewarm pool, where I could rediscover my Zen.

There is pain in getting up so early. It demands military precision. But it’s all worth it because apart from owls and the odd insomniac the pool is usually empty, crowded when numbers reach four or five. You can swim through half-closed eyes imagining yourself in your own private pool, on good days, swimming in a moon-lit lagoon.

Not today. The British Olympic swimming team were there. I’m exaggerating, but these were serious swimmers, thrashing the water to within an inch of its life. What the hell were they doing there at 6.30 am? Don’t they know this is MY private pool? MY Pacific lagoon?

I slipped in between them, all thoughts of lagoons swept away. This was more like the North Sea in a Force Nine Gale. I was being tossed this way and that. Great waves of chlorinated water slapped against me. Breathing air and not water became crucially strategic, survival hung on the moment.  It was like being a poo-stick in a tsunami.

By God, I was awake when it finished. Never was forty lengths such hard work. Even when they’d gone it took some time for the water to settle. I gave them plenty of time in the showers. I needed silence and peace.

There is merit in the unexpected. Some people swear by it. And storms, the fraility of flesh against the elements. Wonderful stuff. Yes, I get that. But it was nice to be home afterwards with a strong cup of tea and no sugar.
Posted by Mike Keyton at 04:41 2 comments: