A day in New York 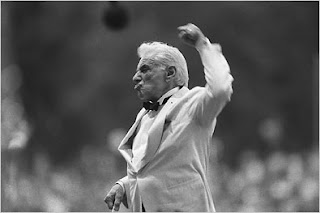 A male florist was stroking my foot, which I found perturbing because my wife was sitting alongside. I counted to four – out of courtesy - and then moved my leg out of reach. We were sitting in Central Park at the greatest open air picnic I’ve ever attended with music to boot. It was a Leonard Bernstein concert at the Park and we were the guests of Bob and Tom. 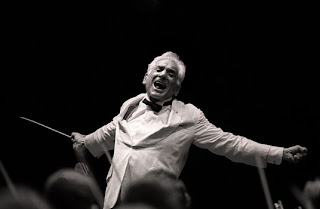 The day was magnificent and confirmed my love of New York. I thought Bob and Tom were pushing the boat out with the large expensive rug, picnic baskets and amazing food, but they knew what they were doing and only barely avoided being upstaged by those surrounding us. Imagine Napoleon’s Grand Armée with picnic baskets and Candelabra. Candelabra, I kid you not. And with every fresh extravagance people applauded.

And then the florist came with the biggest flower arrangement I have ever seen in my life. He weaved his way through the crowd – no small feat – to a growing ripple of applause and placed them on our fine tartan rug. It was one-upmanship at it’s most playful and a far cry from my own austerity-provincial upbringing, where the most likely response would have been a muttered ‘Flash bastard’.

Going to the toilet posed its own problems. Finding one was difficult. Finding your way back almost impossible. The day ended with a twilight walk through Manhattan and the subway home to Jackson Heights. We stopped at sallow-lit Bagel shops that opened all night, my wife holding the flowers.

A short and sweet post, and a reminder that life is to be enjoyed and nothing taken too seriously. In the words of Julian of Norwich “All shall be well, and all shall be well and all manner of thing shall be well.” Until they’re not.
Posted by Mike Keyton at 03:40

How did I miss this? You sneaked a post when I wasn't looking. :)

When was this NY trip?

I've never been to that fancy a picnic. We just throw out a blanket and munch on cold chicken.

A last minute rush job. Just got back from a few days in London. Exhausted.

The NY trip was shortly after we were married. Indelible memories.

I'd never been to such a fancy picnic before. Cold chicken in Texas sounds good. We had crisp sandwiches with ketchup as kids.

AAwww! New York, New York! I, too, love New York. I've been to NYC six times....and, drum roll please, I'm seriously considering moving there (second option though). I did buy a tix today to go visit my parents in sunny FL. :D That should be fun (away from the cold and gray days in Montreal). BTW, I'm getting your posts 4 to 5 days late. It always says, "5 days ago". Do you write drafts first? Could it be that blogpost recognizes only the date your originally wrote it?

Hi Claudia - New york remains my favourite city - though Rome comes a close second. I love the way you can cross the road there and casually look down the street and see the insouciant sprawl of the Colisseum. I love the richnes of the Vatican museum. The richness of everything.

Ref 5 days late, I must confess I did 'draft' this one on the Thursday and posted it on Sunday - the reason being I was in London visiting my daughter and knew I'd be in no fit state to write anything on the Sunday I got back. However I don't always draft first. Just now and again.

I'm glad you enjoyed and loved New York. It has so many contradictions and living there, at the beginning, was a very difficult task. Until its beauty and charms were revealed.
In which part of Central Park did you have your picnic? North or South?

It seemed the whole park was full. In which part do they normally have these concerts? I was also at the Simon and Garfunkel one.

So, judging by your comments, you're not a native New Yorker?

That sounds fantastic. I love NYC! Great post and so true that life should not be taken so seriously.

Tracy,I don't think I've ever met anyone who didn't like New York. There must be some : )

Thanks for dropping by