A world connected by string

It took some doing, connecting two bedroom windows across a twenty foot wide avenue by a length of string, pulling it taut. Any ideas we might have had of connecting the whole avenue and roads beyond by over-head string quietly vanished. Still, attaching two empty bean cans to each end of our string was magic enough.

I can’t remember who spoke first or whether we heard anything, but then I never remember half of what I say on the phone – or much of what I said last night – so the issue has little importance. What is important is the magic a small boy imagines and never forgets. The experience is everything.

Mind you, as an early example of ‘Neighbourhood Watch – eyes glued to windows, mouths immersed in cans still smelling of beans – it proved something of a failure.  There weren’t many burglaries in Aintree - but we weren’t looking for burglars; we were looking for spies that congregated on the streets of Liverpool on cloudless nights.

Comics fed our dreams as did the Saturday afternoon matinee  in cinemas with names like: The ‘Palace’ or the ‘Atlas.’  Grand names. I wonder why they didn’t go further, with cinemas named The Acropolis or the Parthenon. But then, thinking back, we didn’t actuallyhave cinemas in Liverpool, at least not by that name.  We called them ‘Picture Houses.’ Much more sensible, though my wife still winces when I refer to a modern muli-plex as the  ‘Picture House.' Empty cans, too, are hurriedly recycled. 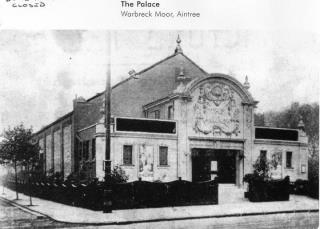 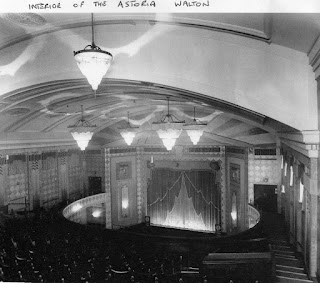 But I miss the old Picture Houses, the Saturday Matinees and glamorous usherettes in purple uniforms selling ice cream by torchlight. I miss Flash Gordon in black and white, Cowboys in big hats and horses on amphetamines, their legs impossibly fast.  I even miss the ‘Three Stooges’- my first taste of horror, the smell of stale socks and bubblegum breath, the seats you sank into - some swampy, others small buckets of dust. The Picture House fed us dreams, along with the once-weekly comic; the boredom in-between somehow made the dreams stronger.

Then like sad dominoes the cinemas were knocked down. The Palace became ‘Lennons' Supermarket’ and later a Shoe Emporium. 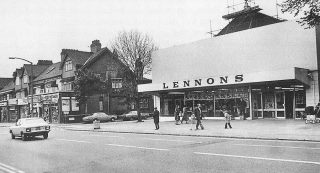 The Atlas morphed into Sheltered Housing – And the Aintree Institute, where the Beatles once played, was replaced by a Car Park. 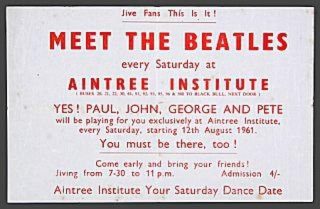 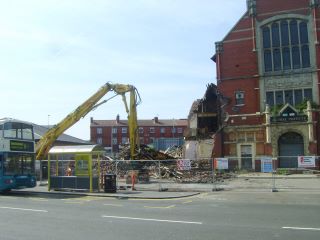 Once there was a world with two tin cans connected by string.
Posted by Mike Keyton at 03:09

I miss the grand old buildings of my youth. Chicago had been good about refurbishing the old movie theaters. They even preserved the bullet holes when Dillinger was shot outside the Biograph. But it's since been bought out by new owners so I don't know if the bullet holes are still there.

Movie theatres, that's a good word too, with or without the bullet holes. Ref Three stooges as a very young child I found them deeply disturbing the 'cartoon' violence more visceral when done by real people as opposed to Tom and Jerry. One of them seemed to be hit about the head alot or had other spooky things done to him. I guess I'm just a sensitive soul : )

Nice philosophical look-back at a time long gone but not forgotten. As a kid, I was never a big fan of the Three Stooges. The "slap and hammer about the face" humor seemed stupid to me. As an adult I've come to appreciate them more. But I have to confess ... back in the early '60s I did go see the Three Stooges in a movie where they went back in time to Ancient Rome. The movie played in a downtown cinema in San Bernadino, CA.

You must have a photographic memory, Mike. I can remember an overall impression of the 'slap and hammer about the face' humour but nothing so specific as an actual plot : ) Looking back I much preferred Abbot and Costello

Your image of two houses connected by a string is a powerful metaphor. The past and present, linked by memory. I thought of Colum McCann's novel LET THE GREAT WORLD SPIN, with its similar image of a high-wire cable stretched between the two towers of the World Trade Center. From tin cans to Iphones. That sentence in itself is enough to make one wistful and nostalgic.

Adam, thanks for the comment. Great minds think alike - From tin cans to Iphones. That was almost my original last sentence, with the caveat 'an inferior kind of magic.' A last minute edit scrubbed it. It's strange how the mind works : )

I love strolls down memory lane. Thanks for sharing and lovely pictures.

Love the photos! Four shillings to see the Beatles - ha.

I miss the old picture houses too. So sad to see them being knocked down. My daughter cringes when I tell her I'm "going to the pictures". :)

I can't believe they knocked down The Palace to replace it with what I call a box, not a structure. Horror of horrors! A supermarket?!
I applaud any efforts from local governments that protect heritage buildings. I not a fan of modern buildings.

Sorry for delay in answering - heavy duty painting. Kerri, I think memory lanes promote well being.
Shirley thanks for that. It's a relief to know I'm not the only dinosaur on the block - though I'm sure you're a very young dinosaur.
Claudia I think your way of thinking has taken hold. Most of the heavy duty vandalism took place in the 1960's to 1980's.

I have to say it's sad that a lot of the grandeur of the past has been lost in the search of greater profits.

But then, I am a sentimental fool at heart.

I miss the picture houses too. I'm an old romantic and there's absolutely nothing romantic about the multi-plex. I love going to old d'essay movie theatres; they're still old-style theatres with two or three rooms, and I'm sometimes alone with two or three other souls when I go see a movie there!
Thanks for the nice article. It's always nice to be reminded of the good old times.

Sentimental fool, Misha? Nah, a person of wisdom and taste : )

Jay, you'd love the Savoy Theatre in Monmouth - circa late C18th and still going strong. I saw Tinker Tailor etc and later 'The Artist' a few months back - both interrupted by the parish bells of St Mary's almost next door. Worth googling it.

Mike - Don't know how I missed this post on Monday. Soory for the late comment. The cans and string phone takes me back. I think my brother and I had one. My early "picture show" memories include cartoons, adventure serials, and a newsreel. Ah, those were the days.

Apologies for not answering this, Linda. I was just browsing past posts and came across it now. Must have had a memory lapse at the time. I'd like to think my children will one day say 'those were the days' : )