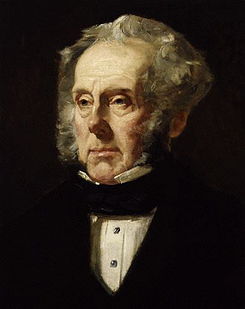 Syria was once reasonably prosperous, secular and stable. It was also authoritarian and corrupt. As trade-offs go it wasn’t a bad deal and puts me in mind of the European Settlement after the Congress of Vienna. That particular congress sealed the end of the Napoleonic wars and the chaos of  the French Revolution.

After experiencing the reality of chaos the eventual winners valued stability above everything else. Politicians like Castlereagh, Metternich and Tallyrand adopted a firm policy of suppressing any and every uprising and supported each other in doing so.  This policy continued for decades. It saw off the Polish Revolt of 1830 when Lord Palmerston, though sympathetic to constitutional reform, saw more danger in the increasing power of the radicals. Similarly, though  Palmerston had little sympathy with Austrian brutality,  he saw greater danger in Italian nationalism than Austrian suppression.

1848 was the year of revolutions but the same principle held. Stability above everything. The Austrian General Haynau flogged women and children and there was great excitement in the British press – though Queen Victoria robustly declared the events had no doubt been exaggerated. Palmerston was indignant about the atrocities but it didn’t change British policy nor did it change General Haynau.

When the Hungarian revolt was crushed, mass hangings and public floggings prevailed. But it was only after the revolt had been put down that Palmerston felt the need to reprimand the Austrians for their brutality. British interests demanded a strong and stable Austria.

British interests now, unfortunately, are championed by hypocrits and buffoons. Palmerstonian cynicism or, if you will, realism, is now more likely to be seen in Russia or China. These two countries understand the lessons of the Congress system that kept peace in Europe for much of the C19th. Both regimes understand where their interests lie, both value stability. Some of the shadowy forces supporting the rebels know, too, where their interests lie.

The initial disturbance in Syria in March 2011 was small scale. Unfortunately it acquired a ‘label’ and became part of the ‘Arab Spring’. Labels are dangerous and within weeks Syria became a war by proxy: Saudi, Israeli, American and British players all taking part – from the side-lines – encouraging and cheering on the rebels. Palmerston would be turning in his grave, Castlereagh and Metternich spinning.

Outsiders have provided money and arms. Al Qaeda  is now involved along with other strains of Islamic fundamentalism, and the media is bursting with bombast. Self important nonentities like William Hague strive for gravity while Syria burns, and the propaganda machine churns out heart wrenching pictures of tearful children and confused old ladies wishing they were dead. Over 70,000 people have been killed, millions are streaming out of Syria, and the war might overspill, destabilising neighbouring countries.

Meanwhile we are subject to much hand-wringing, reporters like Fergal Keane mournfully recounting the latest horrors, others placing the entire blame on Bashar al-Assad. The truth is that Assad is no worse or better than many present rulers. It depends upon which side of the propaganda war you’re on.

When Assad uses artillery and tanks against armed rebels the State Department refers to it as a "crime against humanity.”

The power of words.

The truth is that  Bashar al-Assad is a pussy cat compared to his father Hafez –al-Assad. When, in 1982, he faced an Islamist armed insurgency, Hafaz conducted a scorched earth policy with no holds barred. His crackdown - the Hama massacre - killed tens of thousands – and brought peace. What is interesting is that then, neither Reagan or Thatcher felt the need to intervene. They were, perhaps, better advised.
Posted by Mike Keyton at 05:01

In the old days of Mayor Richard Daley in Chicago, corruption was rampant. But by God that city ran efficiently.

Since the old man died, no other mayor has ever been able to run the city as well.

There's something to be said for order--regardless of where it comes from.

Black September comes to mind, as well. The work of an iron fist seems cruel, inhuman at first blush, but how much did the poor sods, whose lives were desperately disrupted by the Islamists, appreciate the "normalcy" when peace returned? As far as advice goes, Obama hears a noise in his head and believes it's the voice of God, judging by his actions.

Maria, Crash I think the mark of a statesman is to know when to open Pandora's box and when not to open it. Hearing the voice of God is a dangerous thing. For every Oliver Cromwell, there is a Tony Blair

Oops, I missed this post last week. But had to come buy today to tell you I've got an award for you on my blog. Come on over.