In search of a Madeleine 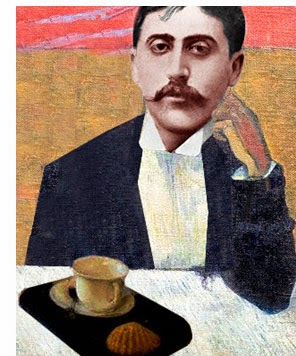 In ‘Remembrance of Things Past,' Proust maunders on about the taste of a Madeleine, an unremarkable small cake. He examines ‘voluntary memory along with its limitations, the chief one being that because it's selective it is necessarily partial, and thus you lose the ‘essence’ of what was.

In contrast the involuntary memory captures the moment, and chief amongst these in Remembrance of Things Past is the consuming of an innocent Madeleine:

"No sooner had the warm liquid mixed with the crumbs touched my palate than a shudder ran through me and I stopped, intent upon the extraordinary thing that was happening to me. An exquisite pleasure had invaded my senses, something isolated, detached, with no suggestion of its origin. And at once the vicissitudes of life had become indifferent to me, its disasters innocuous, its brevity illusory – this new sensation having had on me the effect which love has of filling me with a precious essence; or rather this essence was not in me it was me. ... Whence did it come? What did it mean? How could I seize and apprehend it? ... And suddenly the memory revealed itself. The taste was that of the little piece of madeleine which on Sunday mornings at Combray (because on those mornings I did not go out before mass), when I went to say good morning to her in her bedroom, my aunt Léonie used to give me, dipping it first in her own cup of tea or tisane. The sight of the little madeleine had recalled nothing to my mind before I tasted it. And all from my cup of tea."

Well, knock me down with a feather, I once would have said, but I have experienced the process from the other end, or perhaps from a different angle. 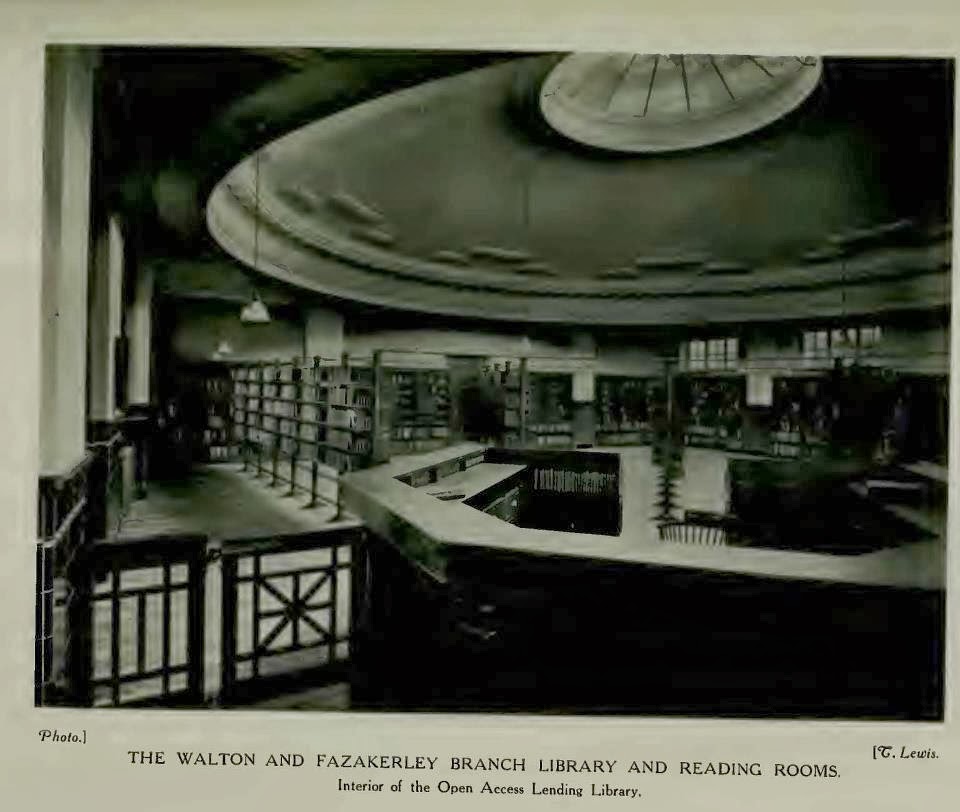 As a child I was an avid reader, Evered Avenue library a home from home. At fourteen I read Henry Treece for the first time. The book was Jason. Or so I thought. There was a passage in it that has haunted me ever since. The paragraph describes a young boy witnessing a ritual dance at night, and Treece brilliantly evokes the mystery of fire and drums, and men’s pounding feet on night earth. He brought Bronze Age Greece to life. Liverpool vanished.

For Proust the Madeleine was a happy accident. For me it would be a deliberate act of time travel. I would buy Jason and read it again. Would that same passage take me back to the essence of a moment, or would it now read prosaic, the memory made magic by chance? 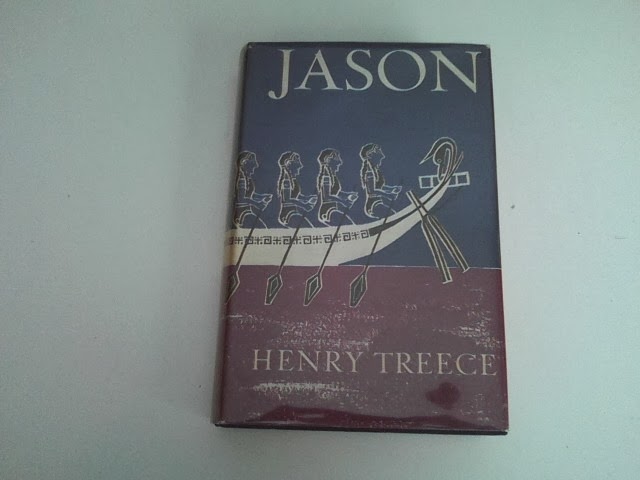 This couldn’t be. It was akin to Proust staring at his plate, the Madeleine replaced by a donut.
There could be only one solution. I'd read the wrong 'Madeleine.' Treece wrote a trilogy on this period. Perhaps the passage was in another book - Electra. 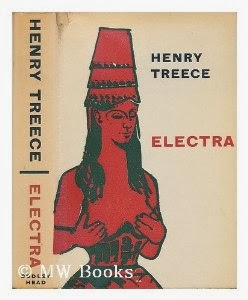 The search continues for my Madeleine moment. I’ll keep you informed.

Post script
I did read one interesting review on Jason, but the reader, I think, was worrying the wrong end of the stick. He accuses Treece of being misogynist, castigates him for this portrayal of women. In fact the book is far better than that, though I concede if I was a woman I might not be best pleased. Jason has issues with women, not the author. Treece beautifully conjures up a damaged Mycenaean hero, one who experienced a traumatic human sacrifice to the Mother Goddess as a child and who, in consequence, bolsters up his own sense of masculinity by a defensive and self-serving chauvinism. For those who love unobtrusive poetry and crave to lose themselves in the far past, try Jason, Electra or other works by Henry Treece.
Posted by Mike Keyton at 12:47

I hope you find your Madeleine.

I tried Googling Treece and some of the keywords you noted but I didn't get much further along.

Would Maria like to know Amazon lists 31 books by Henry Treece, including Jason?

Linda: Actually what I was trying to do was locate the specific book by keywords. Google can sometimes pinpoint a title by as little as a few words from the text.

I do this all the time when I can't remember the book's title, but I know a favorite line.

That's why I was so puzzled, Linda - but now I understand. Maria shows that google has its falliblities :)