Conan the Barbarian, the Romans and the Great Silk Road 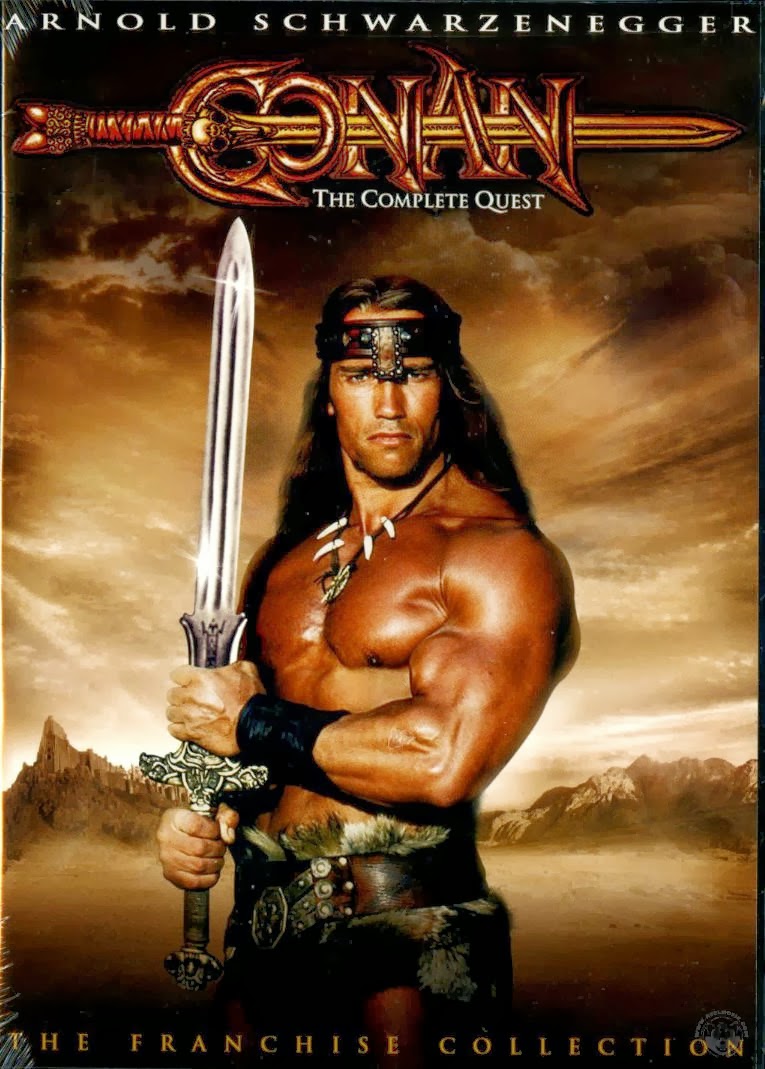 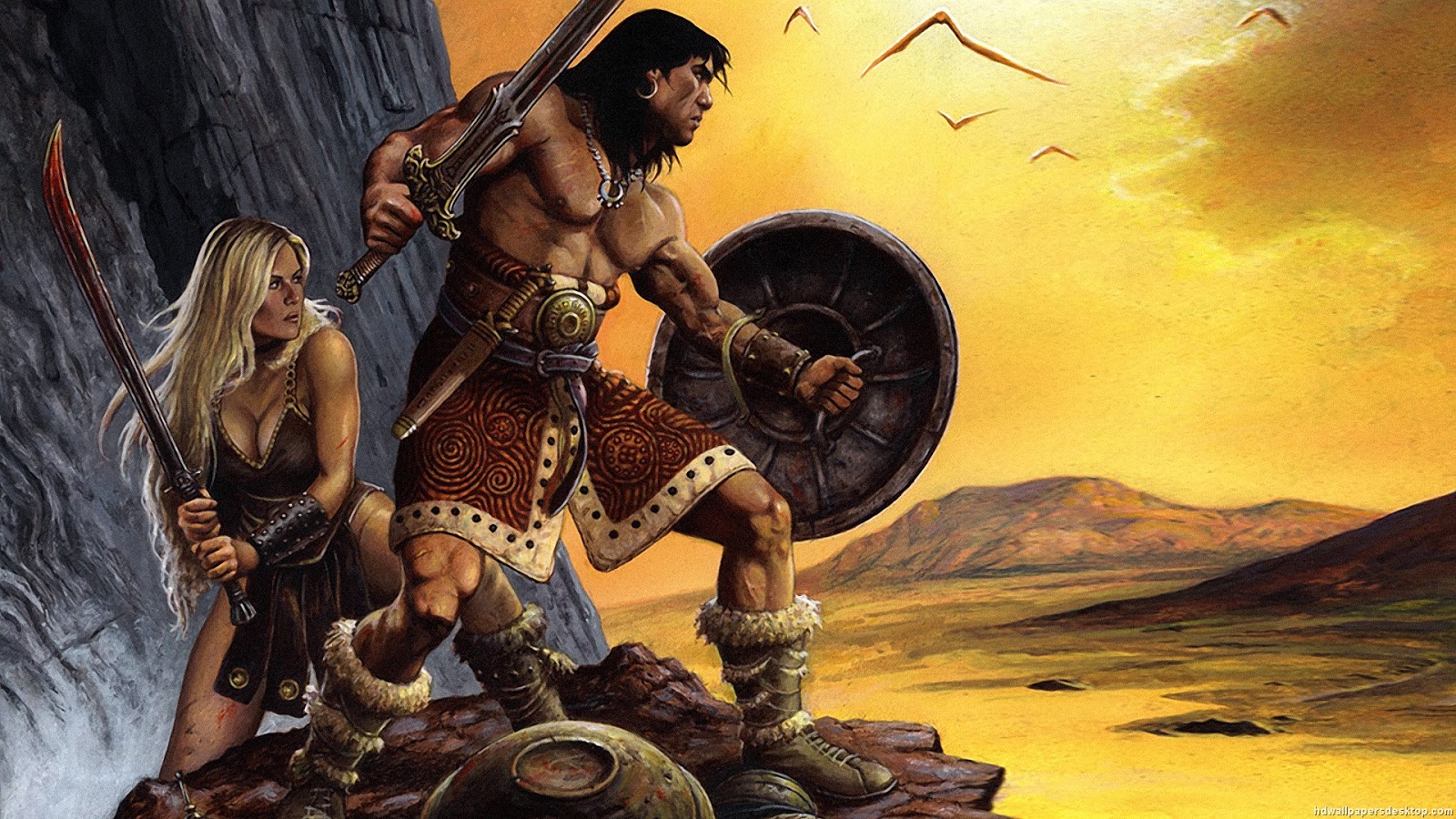 I remember loving Conan the Barbarian. It was a platonic love rather than anything physical, though I doubt Conan would have reciprocated, Platonic or otherwise. It took me a little longer to locate precisely where most of his adventures would have taken place. And now I would stake every Conan comic I have that it has to be the ancient silk routes of Central Asia somewhere between the years 300 BC to 400 AD. With legendary towns like Khara-Khoto, ‘the black city’*, where else could it be? (And yes, I know Conan is meant to predate civilisation. But not Robert E Howard). 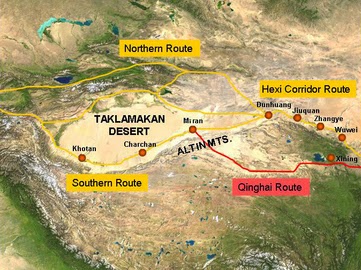 Take for instance another ancient oasis town - Miran on the southern rim of the Taklamakan Desert. It’s a remnant of an ancient culture, as evocative as the ruined towers, the fortresses, the half remembered stories that litter the great Silk Road 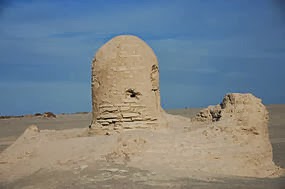 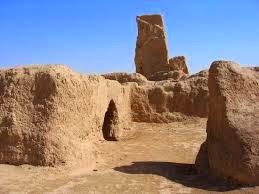 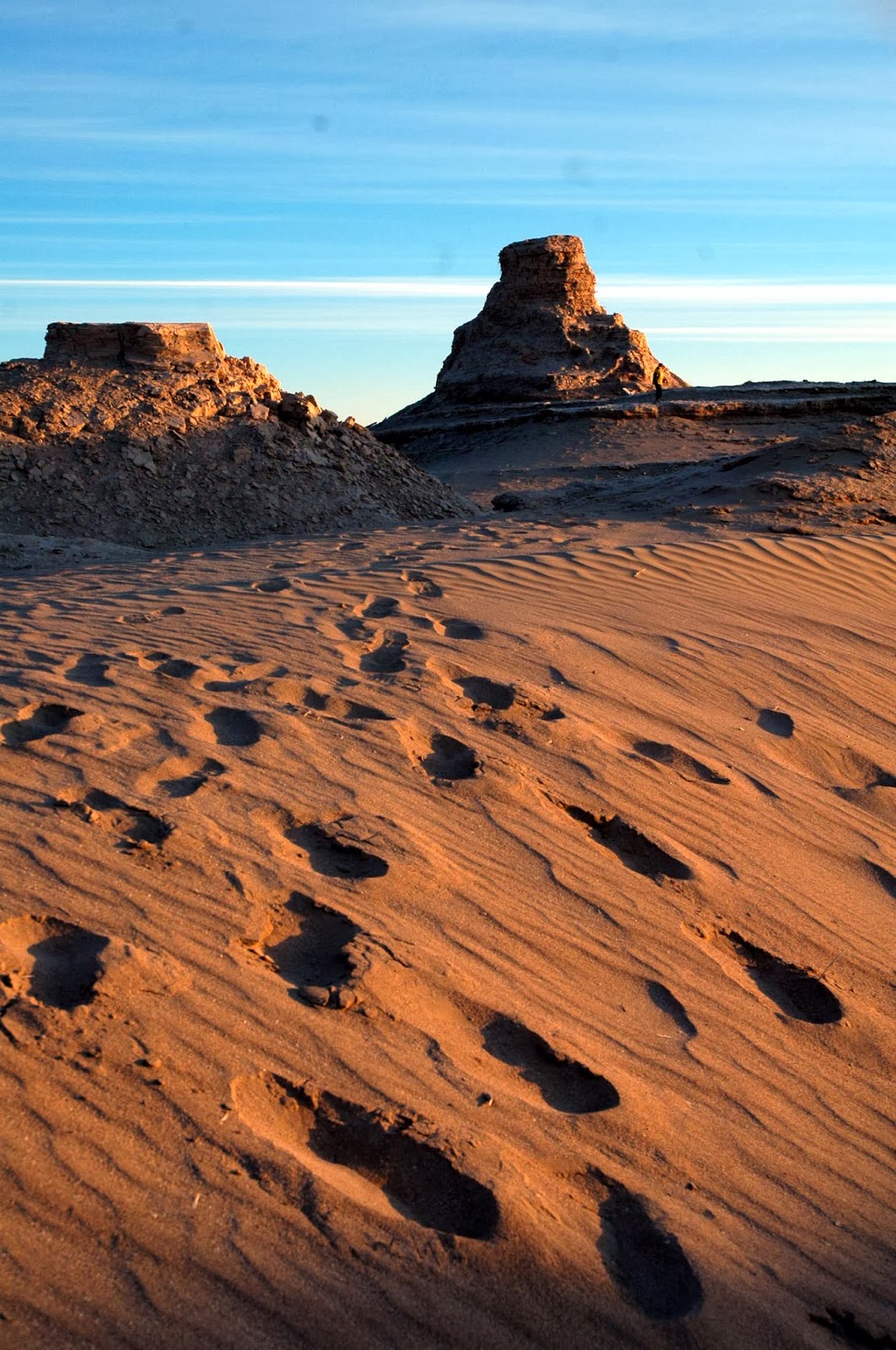 But it is Miran that epitomises the heady cultural mix of these trade routes, the catalyst being Alexander the Great.


Alexander the Great’s army had penetrated what is now Afghanistan and Pakistan, bringing with him Greek culture, philosophy, concepts of art, as well as ramping up trade. This early fusion of cultures is best shown in the valley of Swat. Here the Gandhara school – an interesting mix of Graeco-Roman and traditional Buddhist sculpture flourished. 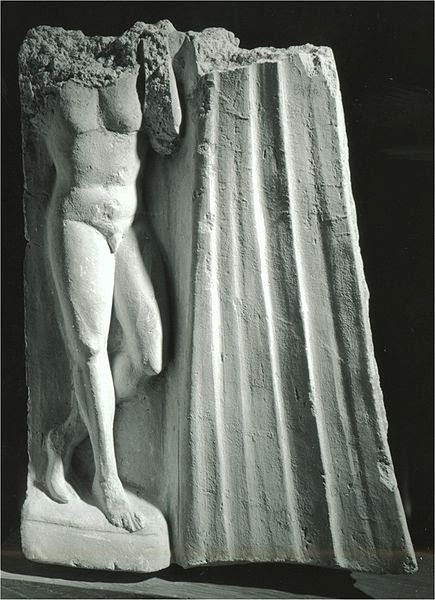 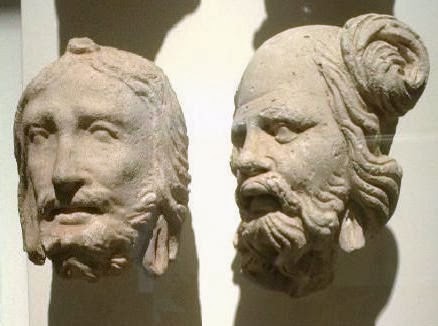 Below, the Greek Atlas supporting Buddha 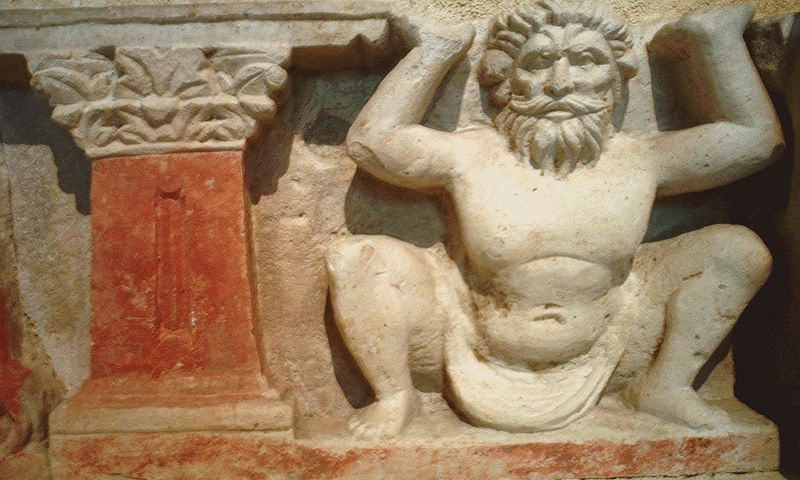 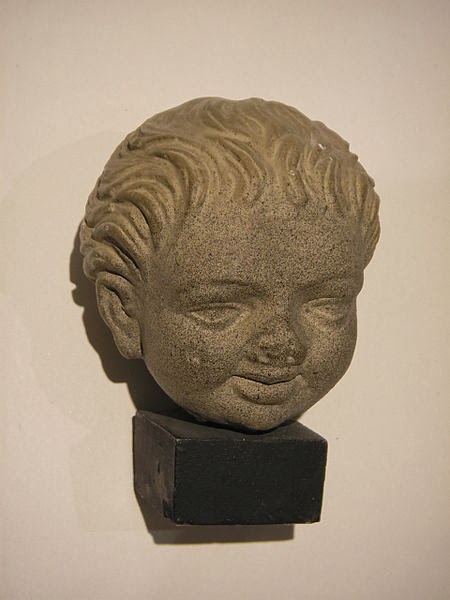 Miran however is more distinctly Roman. Here the already culturally mixed Gandharan art of North West India fuses with the Roman. The murals and wall paintings from the 3rd and 4th century A.D show Roman techniques of portraiture and use of Chiaroscuro, and – a dead giveaway – they bear the signature of a mysterious Titus. We don’t know who this Titus is other than the distinct possibility that he led a school of itinerant artists, whose influence spread across an area larger than the Roman Empire itself! 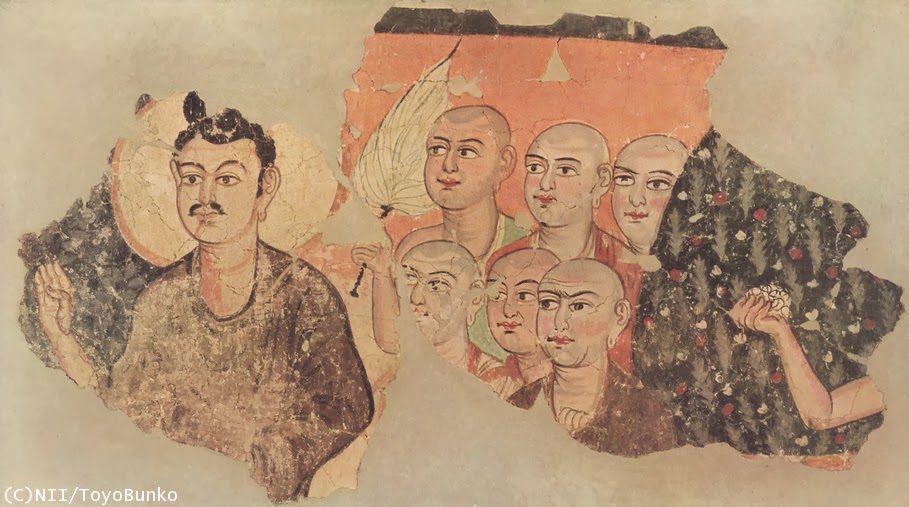 On the other side of the Taklaman Desert there are similar murals to be found in the caves of Qizal. They are bordered by classical friezes that may easily be seen on any Roman wall from Britannia to Palestine. The figures within the friezes are more Indian in style, and it may well be that groups of different artists cooperated in the process. But whatever the case this Roman influence had its effect on the Gandharan school back in the Valley of Swat – and – unlikely though it seems may even have reached China.

At the Soghdian site of Qal’ a – i Khakaha in the western area of Tien Shan. A C7th painting of a she wolf suckling two infants has been found. It suggests Roman influence. Others argue it is just too far away, and we are looking at coincidence. Then again, an entire cohort of Roman soldiers did end up in China some time after the battle of Carrhae*, so who knows?
*See previous post. 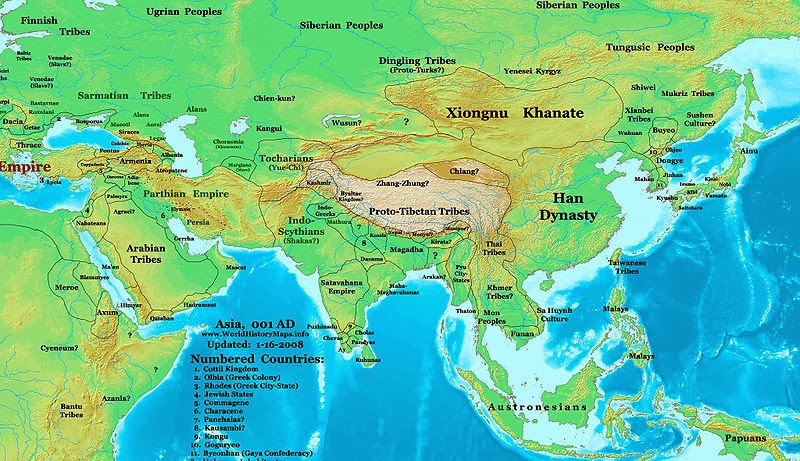 I'm well versed with Roman and Hellenistic art styles, but less well read on ancient Indian and Chinese art. It was interesting to see the fusion.

I'm curious about the first sculptured head (on the left). The shorter forehead and larger nose give it an almost Slavic look to it. I wonder if that was due to the model or the fusion. It would be interesting to find out.

PS You are far more interesting than the history teachers I had in school.

Maria, I'm studying the head now. I think the two of them are distincly European, but beyond that, I'm useless. And thank you so much for the compliment - unless you had very very bad teachers :)

I had a mixed bag of teachers when it came to quality. All I know is that you're a lot more interesting than they were. I love your anecdotes. Did you do the same when you taught history?

I always tried to tell a good story, Maria

I also coincidentally mentioned the Great Silk Road in my blog post!
I used to love Conan the Barbarian, especially as portrayed by Arnold Schwarzenegger. He was the perfect Conan (but not because he was talented). And I have always had the vague suspicion that Conan was written to be a stupid character: a muscle-man sucker.

I found he made a good counter point to Elric last lord of Melnibone.