Truth is what you believe it to be


Some stories are so good they have to be true, even when the evidence shows otherwise. I love the story of the Beatles ‘All you need is love’ being played to wind down an international conference. Some one obviously thought it was a cracking idea. Unfortunately the diplomats immediately stood to attention as the opening bars of the Marseilles played, then, realising their mistake and realising they would look even more foolish sitting down again, they remained standing, sheepishly holding hands and swinging them limply to the sound of the music. Now this was on Television. I saw it. But can I find it on youtube or any online reference to this? Afraid not. It mightn’t have happened. All visual evidence may have been erased. Our rulers may be lizards. Thus are urban myths born.

The bottom line is you have to believe me – or choose not to unless I have evidence. Then again some kind soul might find what I couldn’t: international politicians swinging hands to All You Need Is Love.


Here I have evidence of Bob Dylan posing with some Liverpool street kids in the early to mid sixties. 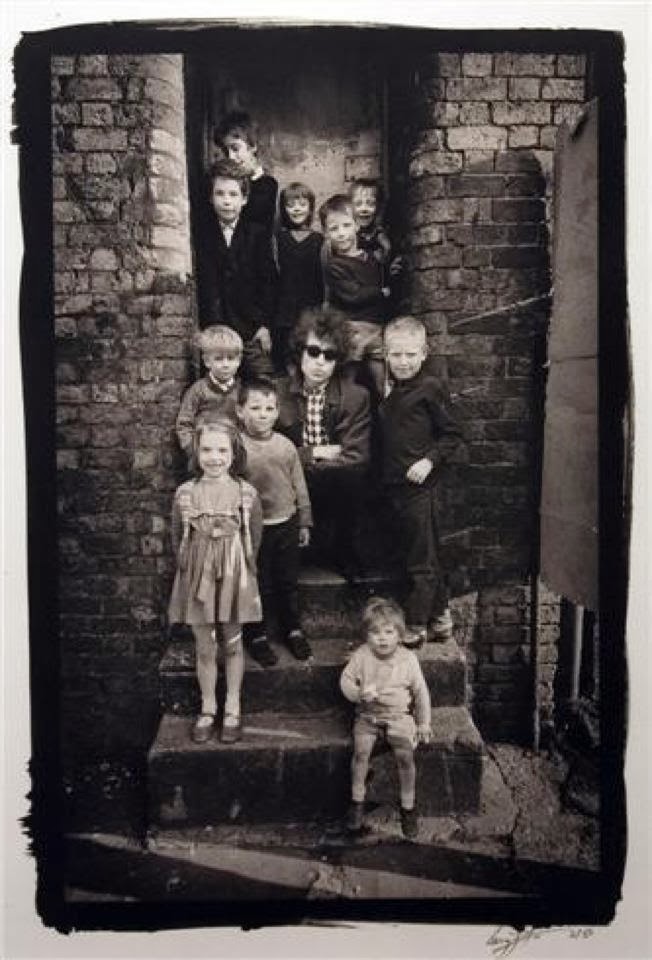 Here too I have evidence of Paul McCartney caught in conversation with Long JohnBaldry at Lime Street Station in Liverpool. Railway stations are a rich source of gossip and myth. So too are Rock legends, even minor ones. Long John Baldry dared to be gay when the industry demanded otherwise. 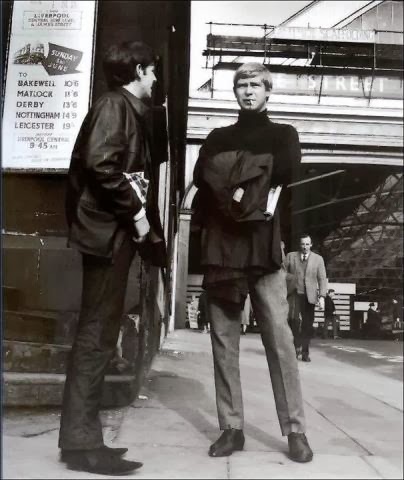 He had a brief relationship with Dave Davies, lead guitarist in the Kinks, and helped Elton John come to terms with his own sexuality. It's obliquely recorded in Elton John's song Someone Saved My Life Tonight. Here, though I have only a black and white picture recording a moment in time. 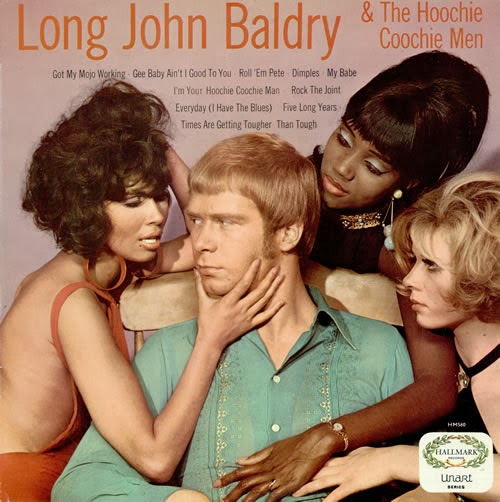 My favourite story is on that quantum cusp of : it must be true / it probably isn’t.

Twenty or so years ago Bob Dylan collaborated with Dave Stewart of the Eurythmics, and in the process the two became good friends. Dave Stewart urged Bob to call round any time - and one day he did. Unfortunately the taxi drive took him to 145 Crouch End Hill, instead of 145 Crouch Hill where Stewart's studio was.

Bob knocked on the door and when a woman opened it, said he'd come to see Dave. She invited him in because her husband, a plumber, happened to be called Dave and was also a huge Dylan fan. God knows what was going on in her mind. She offered him cup of tea, and when her husband returned whispered 'Bob Dylan's here. He's drinking tea in the kitchen.'

Unfortunately this story was deconstructed in this very interesting blog

But I still hold out. If a Japanese soldier can hold out in jungle for twenty years, refusing to believe World War II had ended, I can believe that some where, some time, Bob Dylan had tea with a plumber named Dave.

That last bit reminds me of the scene in "Stalag 17" when one poor sap reads his mail from home in which the wife informs him "you won't believe it but I found a baby on our doorstep." His response? "I believe it. Why wouldn't I believe it?"

Mortifying, Crash. That simple quote sums up the entire post : )

I am very happy to believe Dylan had tea with a plumber named Dave. Why not? But I was caught by your of "evidence". With Photoshop and the like, who can believe what they see?