See what you want to see


The beauty of being ‘online’ is the ability to dip into a hundred and one newspapers – at least those not behind pay-walls. I can’t count the number of American newspapers I’ve stumbled upon, and then of course there are the British ones, including the Daily Mail. This particular paper is becoming rather like the forbidden fruit in the Garden of Eden. ‘Thou shalt taste of every fruit but that one,’ say the ‘great and the good.’ And of course, like a rampant Eve, I feel compelled to read it. Well, the occasional article on the same principle I’ll read the occasional article in the Guardian – if a headline interests me.

Like most papers the Mail is more a curate’s egg rather than the satanic vomit some would have you believe. I don’t always agree with Peter Hitchens, but he wrote a very fine article on Charles Dickens this week. Similarly one can’t really complain about the Mail's championing of Steven Lawrence and its campaign against corruption in the Metropolitan Police.

What caught my eye however, and what in fact prompted this post was a recent article by the comedian Steve Coogan in Total Politics, and reported in the Huffington Post.

“Well, you know, paedophilia is pretty popular too," he said when asked about The Mail’s huge online traffic. "‘Mailbait’... the website that has all the photographs about 12 and 14 year old girls and talks about their bras and how fast they growing up and all the rest of it, which is on the Mail Online, and clearly has an appeal that goes beyond just the curious. That's hugely popular and all for the wrong reasons. It's at best creepy and at worst sinister."

Bloody hell I thought, what’s going on here? I’ve never read this so called ‘Mailbait’ – that column to the right of the screen. Two day’s perusal had me scratching my head. What was Steve Coogan seeing that I wasn’t? Was it wish-fulfilment on his part – the desire to see what he wanted to see in order to further blacken a paper he despised?

All I could see were the Kardashians. I didn’t know there were so many of them or who they were, or where they had come from. Then there was Naomi Campbell, Elizabeth Hurley and Kate Moss, all very attractive women but no spring chickens. Not a curvacious pre-teen in sight. Michelle Keegan, the Coronation Street actress, along with Helen Flanagan was the nearest to any twelve year old girl – and they were well into their twenties. Mailbait is trivia, a tribute to Celebratory PR. Paedophilia it is not, but as Joseph Goebbels once said, “If you tell a lie big enough and keep repeating it, people will eventually come to believe it.”

But why would Steve Coogan exaggerate in this way? 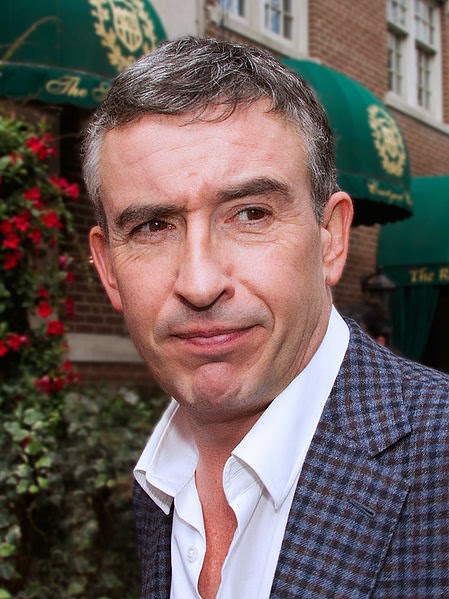 Steve Coogan, like Hugh Grant has a vested interest in controlling the press. It was the press who exposed their propensity to drugs and prostitutes. His defence that all this happened after hours, and behind closed doors, and so was nobody’s business but his is, I think, unviable. The same defence could be made by the disgraced former chairman of the Cooperative Bank Paul Flowers. His addiction to Crystal Meth and rent boys would have done for him even without the financial ineptitude.

Paul Dacre is the editor of the Daily Mail. Steve Coogan refers to Dacre’s ‘…almost wilful sociopathic arrogance.’ Paul Dacre might well see Coogan as a self serving, self- important twerp. It just means each man dislikes the other. Coogan refers to the Mail’s ‘xenophobic crap.’ Paul Dacre might be equally rude about the Guardian. It doesn’t mean either man is right. It’s just a bitch-fight – a one sided bitch fight because, as Coogan complains, Dacre refuses to give interviews.

Sometimes I read about someone lambasting someone else, and I think, well heck, I don't know either of these two clowns. Why should I care that they hate each other?

It was years before I knew who the Kardasians were--and I still don't know why they're famous.

If you know, please tell me.

I guess I was exploring the mechanics of hatred, but I know what you mean. The post may have more resonance in Britain where both men are well known. But the Kardashians...? One of life's mysteries.Well endowed mysteries.

The Kardashians have always been a mystery to me too. But the world is full of mysteries.
I know about the Hugh Grant case and I only heard of Steve Coogan.
Mailbait comes in as new though! I never heard of that and I'm tempted to fulfill my analytical curiosity. But if it's all like you said, I also don't understand why some Steve Coogan should care about exposing anything that is no use exposing; I can think of revenge, or I can think of a stupid attempt to obtain moral redemption... but not even that! I can't name, although I have it in mind what it is.

Whenever someone rages about something that upon first research attempts seems exaggerated at best, I groan and roll my eyes away into a new direction. The internet is a very fertile ground for rampant complaining about things and people, and while some deserve to be slandered publicly for violating laws or all sorts, others are merely targeted for the benefit of drawing attention to the slanderer. Most of the 'shite' online is just that.

Yeah that's the thing with news, I've found. There's always some sort of spin on it. :-/

Jay, the Kardashian must remain a mystery, I'm afraid.

Vero, feel free to use Satanic vomit anytime. It's good for the skin.

Misha, It's hard to imagine news without spin. We don't just get news, we're told how we must interpret it as well. Saves time, I suppose