LlanthonyPriory is one of my favourite places. It began as a small hermitage started by two men in 1100 and ended up as a major Augustinian priory. Such was the Age of Faith. The ruins make a wonderful amphitheatre for drama  or music. I have played with Welsh Dancers – musically rather than otherwise, and our band, the aptly named Devil’s Elbow once played there too. 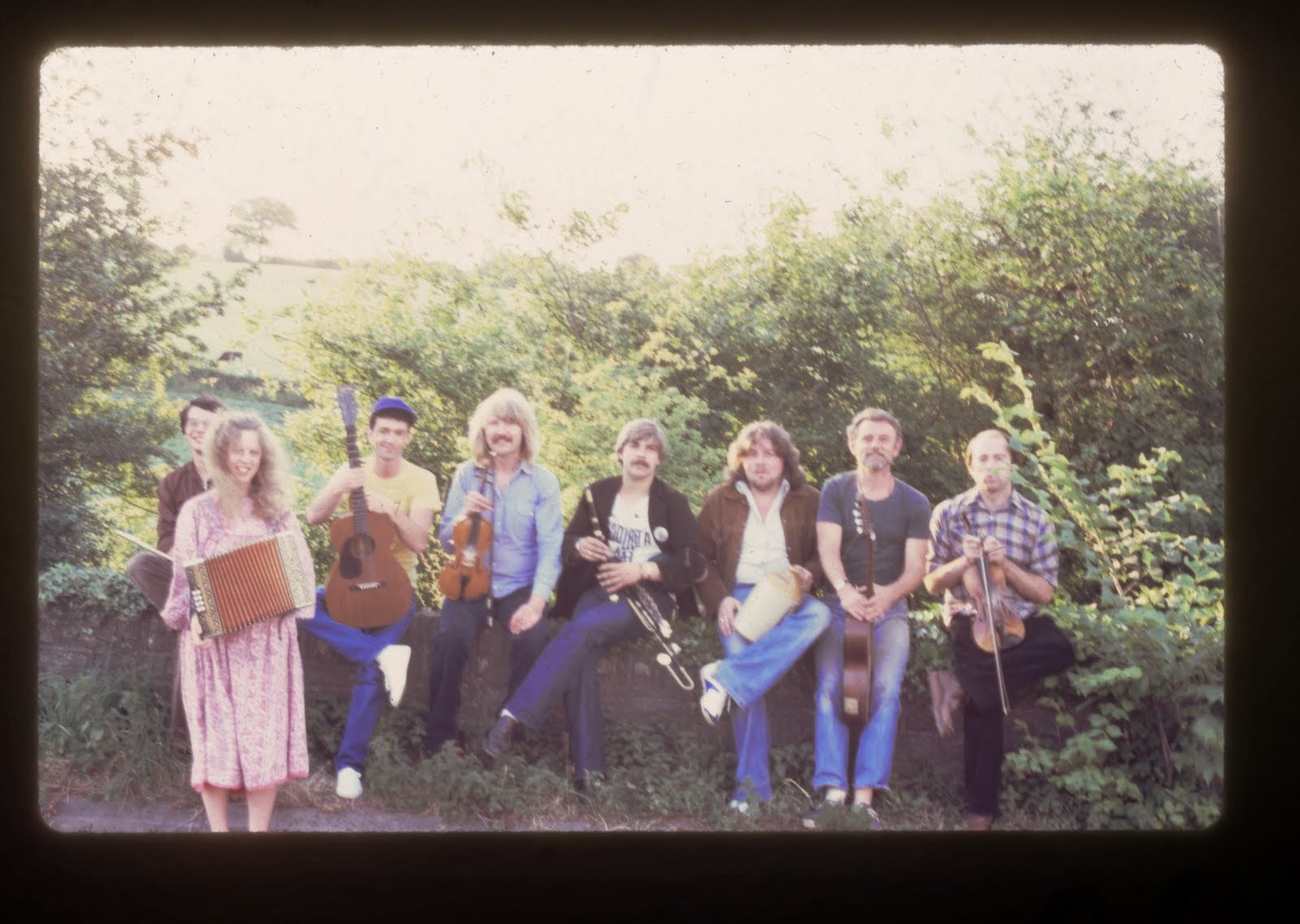 It’s also a place to just sit and stare.

One thing though has always eluded me despite several attempts. Hatterrall Hill, the top of which allows stunning views of Herefordshire, the Black Mountains, and Wales. The ridge way eventually leads on to Offa’s Dyke. In the past company, or sheer lack of time, has prevented the full climb. This time, with my daughter leading the way, and my newly repaired lungs put to the test, we did it. The photos offer only a glimmer of what we experienced. 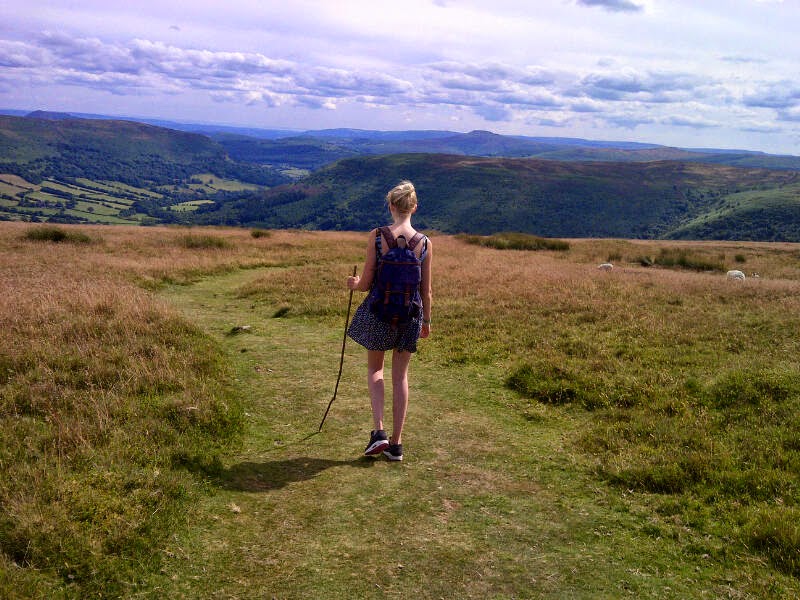 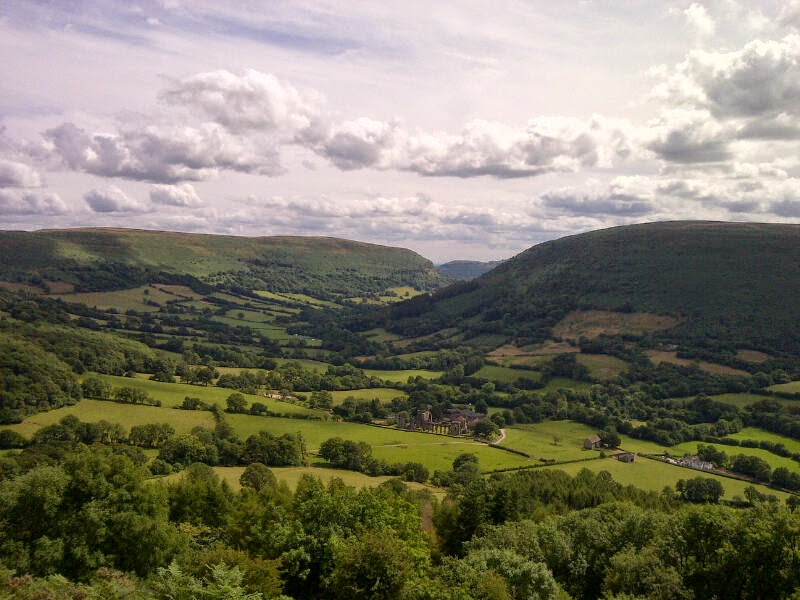 Clouds sweeping over the sun 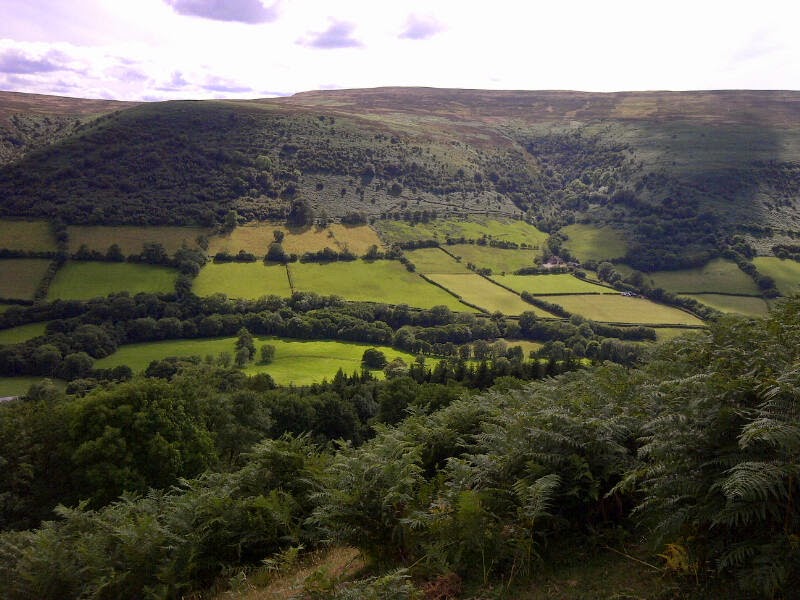 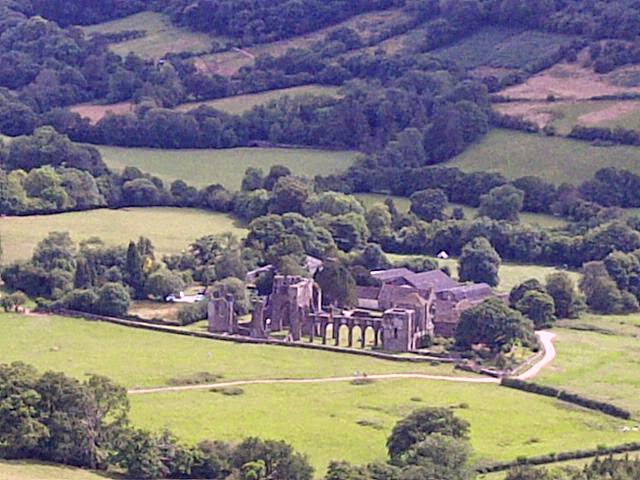 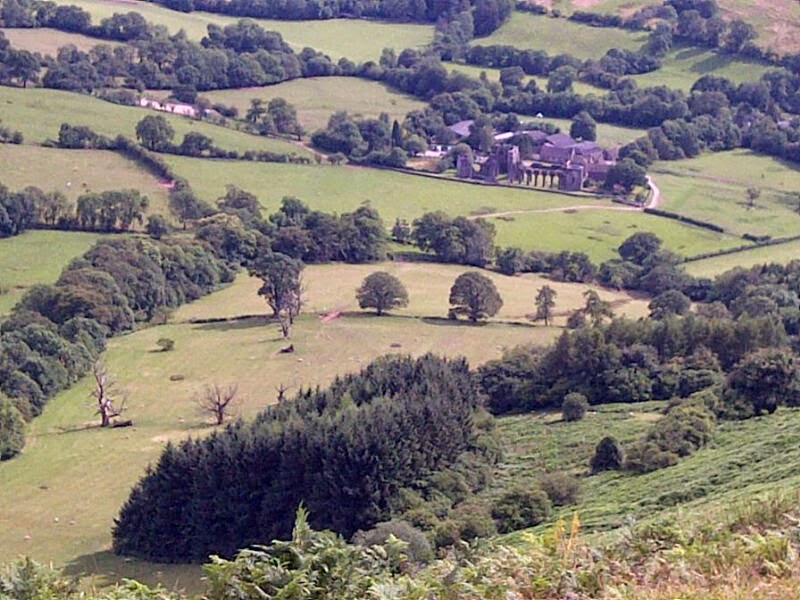 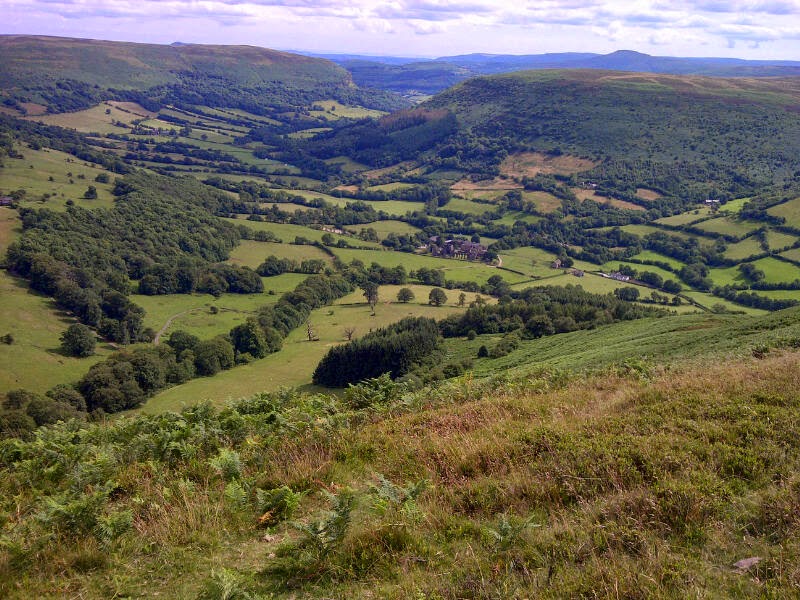 Wales and the Black mountains from the top 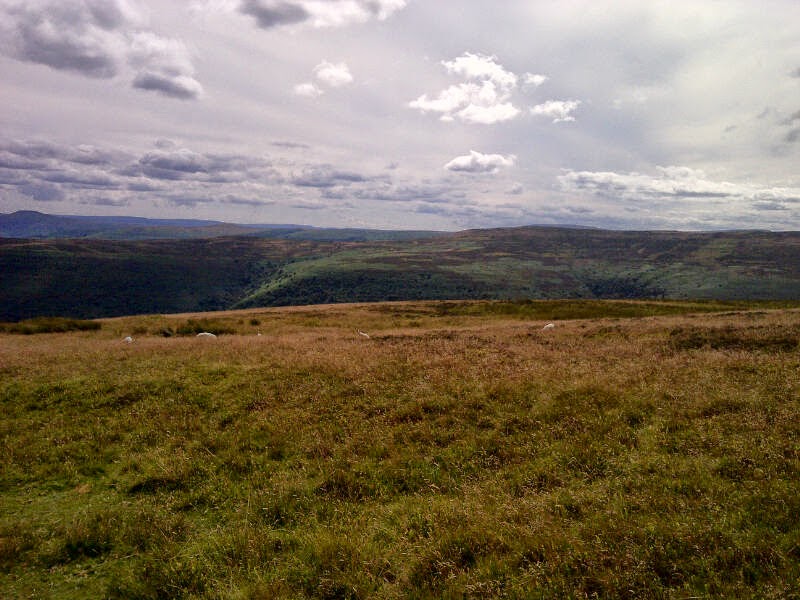 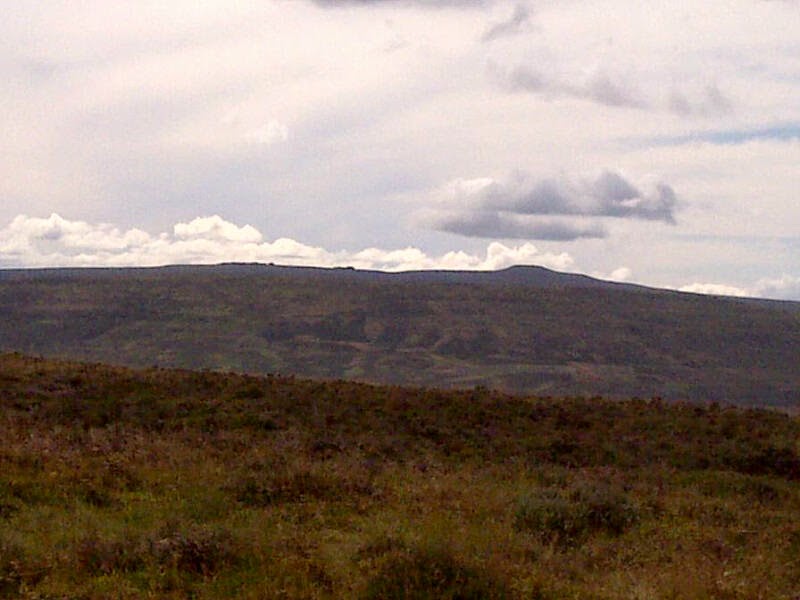 England from the top 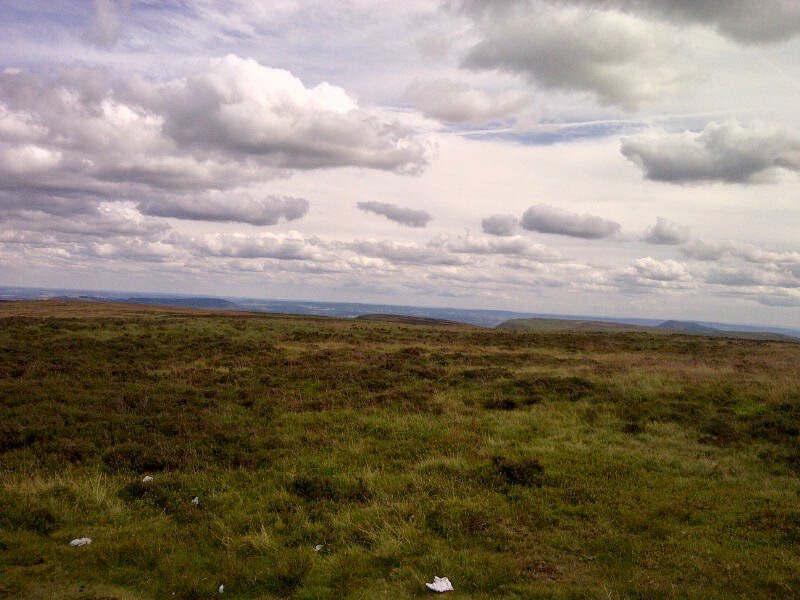 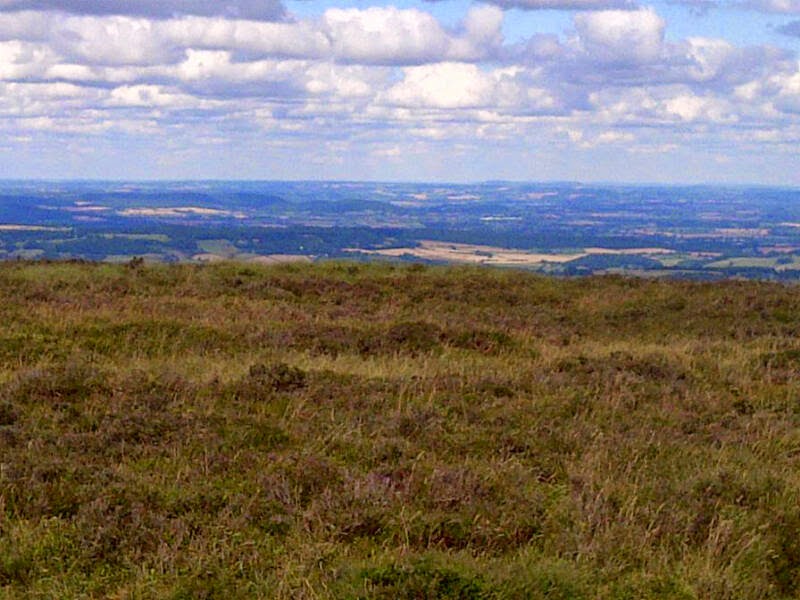 Really nice camera work. There's something evocative about those ancient mountains and the subtle marks of the hand of man. Thanks for posting.

Are you in the picture at the top? I didn't recognize you--unless you were the one hiding behind the woman. ;-)

I would love to visit the priory. When we make it to the UK, you'll have to give me some tips on the best places to find ancient ruins. I know that's something Greg and I would both love.

Beautiful pictures. We have family in Malvern and used to go walking along the Malvern Hills. Stunning scenery and views...

logging on now to schedule my flight

Thanks Crash. That's it exactly. You breathe in ancient ghosts on these hills

Maria, fortunately, I took the picture so we are all spared
: ) And I'm so looking forward to when you and Greg come over. We'll host you in Wales and show you these places, and give you a list for further afield. I hope you both like hills :)

Thank you Dawn. Malvern, too, is very beautiful. We've passed through, but never walked there

Mac, they must be good for you to brave the damnable captcha . Thank you - and for the compliment too 😀

Lovely pictures, Mike. I've only managed one trip to your side of the pond and I would so love to return.

Linda, I know that feeling. I'm determined to make America one more time. Choices and time :)