Whitby is better than a sneeze.

Whitby Abbey is always worth a visit. Dracula thought so, and who are we too argue. The only real drawback is the 199 steps you have to climb to get there. In my view, if the Vikings had the puff to ransack the Abbey after all that climbing, well good luck to them. Good luck to them too for renaming the place, giving it a more sensible name. Whitby. The original inhabitants, the Brigantes had called it Sinus Fari, which brings to mind some kind of nose disease. The Saxons were even worse, calling it Streonshalh, which is fine if they were naming it after a vigorous sneeze. No, Whitby – Norse for White Settlement is a far superior name, though now it might be seen as politically incorrect.

The Abbey was founded in 657 by Oswy, the King of Northumbria and was shared by Monks and Nuns following the Celtic tradition. In fact, its first ruler and driving force was a woman – St Hilda.
In 664 AD we had the Synod of Whitby – which is a bit of a misnomer for the Vikings hadn’t yet come to rename the place. But thinking on it, the Synod of Streonshalh just doesn’t cut it. The Synod of Whitby made a fateful decision in terms of which ‘Church’ the North should follow – the loosely organised but spiritual Celtic Church, or the prestigious bureaucracy of Rome. They chose the latter and three years later the Vikings came and sacked the place.
Coincidence?
I think not.

The Abbey recovered in time, flowered in the High Middle Ages and was all but destroyed by Henry VIII. It’s final indignity occurred in 1914 when the Germans fleet shelled Whitby and inadvertently or otherwise damaged much of the West Front.

To be honest, I found it hard to stop taking pictures. The damned place is so photogenic, but anyway, here goes. 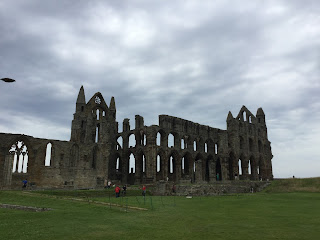 An Abbey and a UFO. What more do you want? 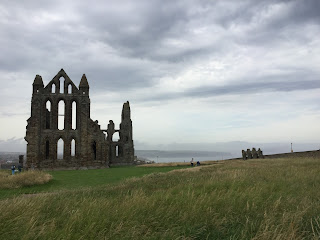 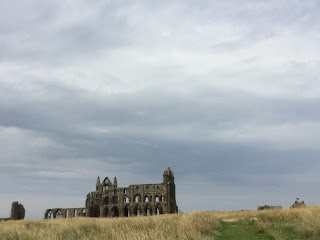 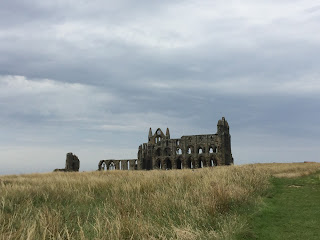 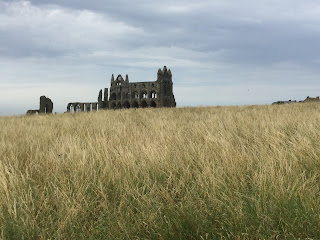 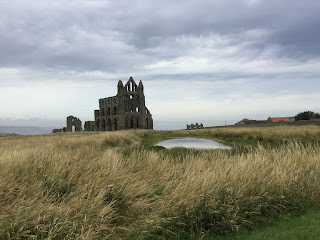 Apart from the fact it is in ruins, very much as the medieval traveller would have seen it. 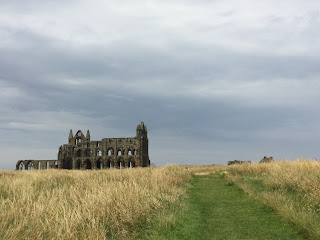 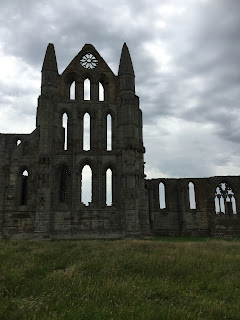 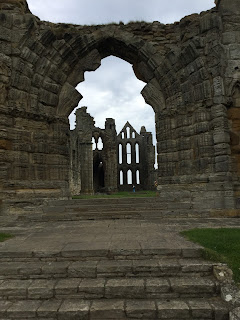 St Mary’s, the church close by is in far finer condition, and though dating from the C11th was comprehensively besmirched late C18 Low Anglicans. It just gave me the creeps, all those boxed pews - pens for sheep – and the three storied pulpit dominating those below, and from which the word of God was preached. I found it oppressive and claustrophobic. 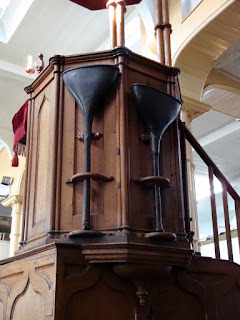 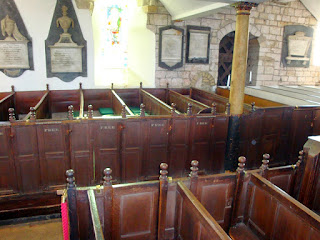 The day ended with a meal of fish and chips on the quayside. No pictures of this, we were too busy fending off predatory gulls. Quite honestly, Dracula would have been better served by gulls than bats. They strutted about in small predatory gangs, sensing the old and infirm and making sudden swoops on the unguarded chip or fragment of fish. Hitchcock had been to Whitby, I thought, and likely had lost a chip or two.