Week one of self-isolation and surrounded by trees. 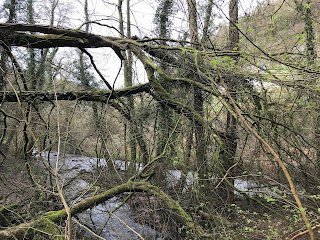 Why so many pictures of trees? I could say I love trees and here, their lichen and sinuous and snakelike form. Another factor was that much of the walk was uphill and taking photos was a cunning ruse so as not to admit I needed a rest. I suspect I was rumbled. 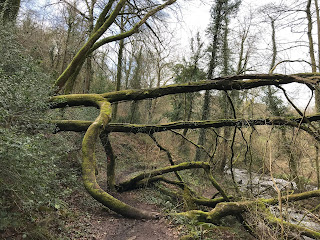 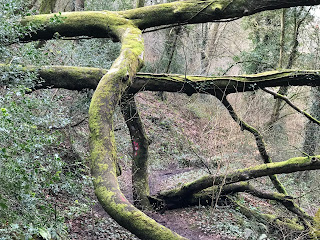 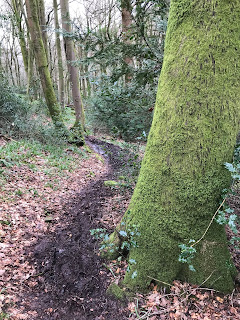 We were walking in Botany Bay just above Tintern Abbey. A strange name for such an idyllic spot – and one of the last sights convicts bound for Australia would have seen before boarding the barges that would take them down the Wye and then exile to the penal colony of Botany Bay. No doubt there were other transit points but none near as heartbreakingly beautiful. 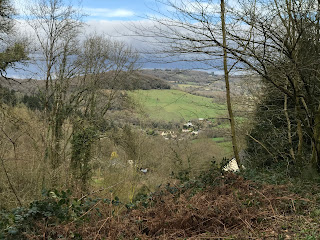 The first 736 convicts were banished there in 1788. They included a 70-year-old woman found guilty of stealing cheese. Over the next 60 years about 50,000 other convicts were transported there.

The prevailing wisdom was that criminals were inherently defective thus rehabilitation was out of the question. They had to be separated from the genetically pure and since, after 1776 America was no longer an option, Australia was deemed the next best possible place for them.
Conditions were unbelievably brutal but for those caught escaping there was worse to come – Norfolk Island some 600 miles east of Australia where death was often the preferred option. Norfolk Island now is a far happier place
But back to Botany Bay. The name crops up all over the place but few with such obvious links to the more famous penal colony. There’s a Botany Bay near Chorley, deriving its name for being in such a desolate spot, a Botany Bay in Derbyshire, another in Broadstairs Kent.  There’s even a Botany Bay in South Carolina. Maybe they just liked the name. At that point I stopped, the internet being a rabbit hole with no obvious or immediate end.

Walking through the woods we stumbled upon St Mary's Church 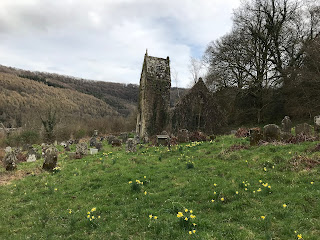 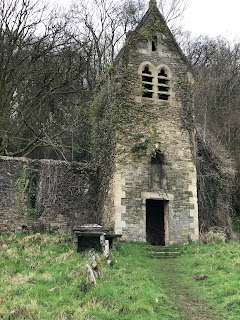 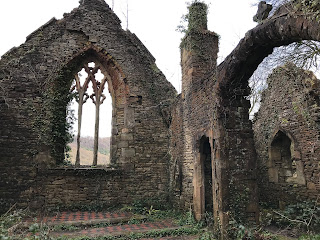 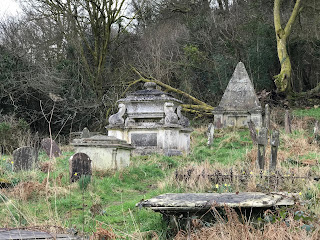 The origins  of the church are medieval and may have been a retreat for the monks of the more famous Tintern Abbey twenty minutes’ walk away. It was rebuilt in the 1866 and destroyed by fire in 1977 – the year of the Queen’s Silver Jubilee and not part of the celebrations.  It was there we ate our picnic,  and I wondered what those early convicts thought. 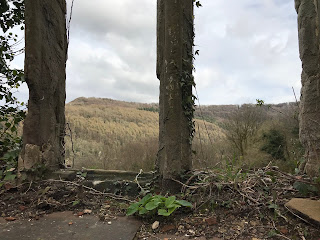 Three hour walks and picnics! You will be transported next, you criminals!

We were hoping to see Vaughan Gethin enjoying a picnic, but, alas, we saw no one