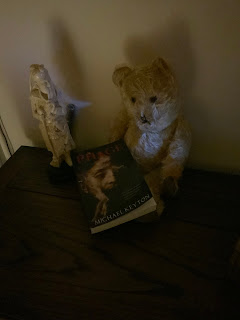 That night, they huddled under the duvet, and Teddy read.... 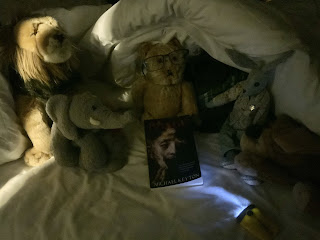 . . . Moira stood, breathing slowly. She heard a chair crashing on tiles, and the sound of Sam sobbing. Then silence, the room very black. She turned slowly remembering what she had seen in the mirror, her eyes piercing the darkness. Nothing—but the whisper of rain—Grote’s soft, occasional snore.  There were other, smaller noises, distant echoes faint as sighs, and then a soft, shuffling sound from one of the rooms above.

“Grote.” Her throat was dry, the sound barely audible. Sam had fallen. There was only her and Grote, and he was asleep. Moira moved cautiously, unable to see much and horribly scared. The cottage murmured, alive with presence. Shadows suggested rather than seen gradually thickening around her. Something touched her neck, something greasy and damp. . . .

Bun hid in the drawer 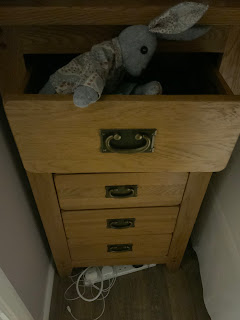 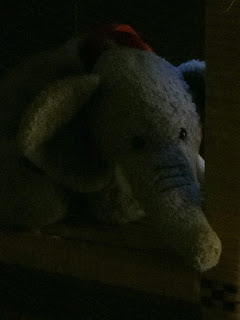 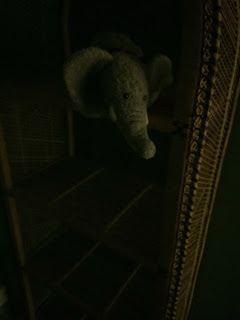 Lion put on all the lights and said he would guard the window. 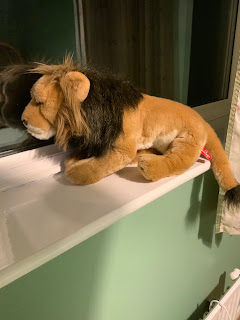 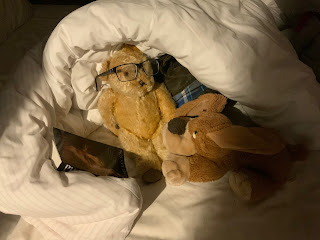 That night none of them slept easy. 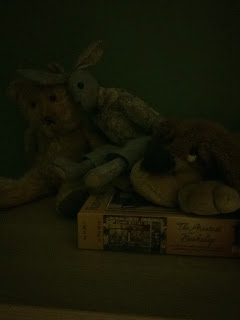 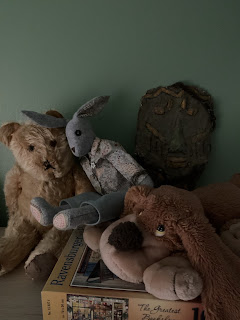 ‘There’s someone behind us,’ he whispered.