A glass of childhood fantasy

I don’t have a wine ‘bucket list’ as such. The idea is attractive but comes with its own problems: expense, for one, and the fact that to drink what would likely prove a very long list would almost certainly reduce the size/length of the bucket.

But there was one wine I’ve wanted to try since reading, as a small boy, my first Dennis Wheatley. Obviously ‘The Devil Rides Out’ resonates with many, but it wasn’t that which stuck in my mind. Growing up in a small, red-brick terraced house, I was captured by the extravagant escapism of his heroes from Gregory Sallust to the impossible Duc de Richelieu with his Hispano Silver Ghost Rolls Royce and Hoyo de Monterrey cigars. These remain aspirations of the imagination since I neither drive nor smoke. 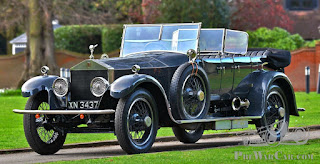 Even so, the thought of driving this down my small avenue, cigar rakishly askew

held me in its grip until reality took over.  On the other hand: 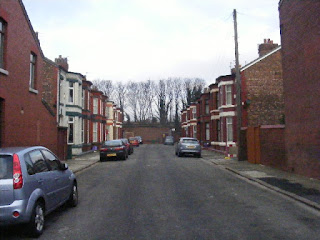 His taste for Hungarian wine, in particular Tokaji  continued to fascinate. And this Christmas I spent an arm and a leg on a small bottle of childhood fantasy—Tokaji. I winced at the cost of such a small bottle but knew there wouldn’t be much left in terms of arms and legs had I spent  more. 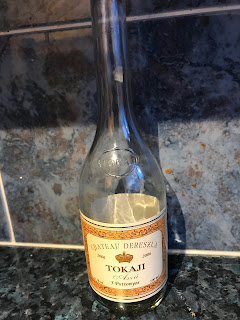 And then the grand opening. My birthday treat. I shared it out in small sherry glasses, noted the half bottle remaining. 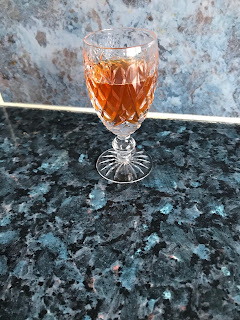 I brought it up to my nose and recoiled at its smell: alcoholic grass and diesel. The smell was so intense, I confused it for the taste and swallowed it down, grimly, convinced I’d been suckered. It took several large glasses of Irish whisky to erase the memory, so my birthday was not all together wasted.

But how could Denis Wheatley and countless other books had got it so wrong? How could Monmouth’s Fingal Rock, one of the finest independent wine-sellers have got it so wrong? What was wrong with me?

The following day I tried again, this time quite happy to consume it with speed and have done with it.  I filled half a large wine glass.

I lowered my nose: diesel and grass 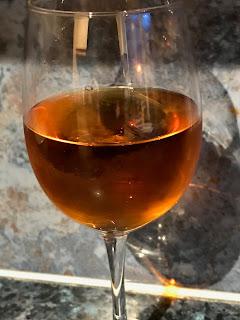 But in the mouth, a whole new experience – apricots and honey and a sizzling sherbet sensation as it shot down the throat. It was the Radetzky March on tonsils and tongue, a Hungarian Romance, Wheatley on steroids. I was ready for now for a Hoyo de Monterrey Cigar but instead finished the bottle relishing every last drop.

The smell, too, had somehow changed as the taste took over: more summer meadow than alcoholic grass – though I’m unable at present to find a fitting euphemism for diesel. I puzzled for a time how and why the two experiences were so different. It was the glasses of course, the narrow sherry glass and its overpowering ‘nose’ dominated taste. The larger, wider wine glass with its greater volume of liquid allowed the taste to shine through. An expensive lesson, but oh, how good it was. 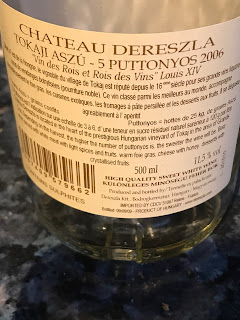 I was wondering if Tokaji was the limburger of the liquor world. I'm glad it was just the size of the glass. I would expect myself to make such a mistake, but not you. You're my go-to guy when it comes to alcohol knowledge. :)

I still can't wrap my brain around the fact that you don't drive. My mother doesn't drive, but then many women of her era didn't.

People have Uber now, but I would have to be beyond desperation to use it.

Ref alcohol, thank you for the compliment - I think ��. Ref driving, needs must. if I lived in Texas etc I probably would have learned to drive, but two things influenced me in Britain - less need and the hideously overcrowded roads, and the fact my reactions are much slower than the machine. I don’t think I ever recovered from an early impromptu driving lesson in a seaside car park in Wales when I nearly drove over a cliff because I was too slow determining which was the accelerator and which was the brake. The case for the defence rests, m’lud ! 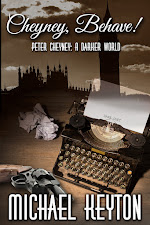 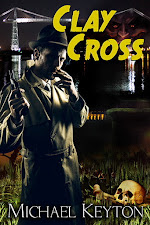