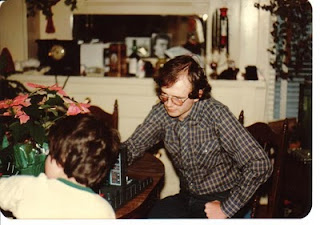 Boxing Day was good. A lazy day, a day to recover and whup young Garret at ‘Battleships’. Meanwhile the car was snow-chained and provisions packed for the following day. Later we explored Seattle and ended up at Harry’s Bar: the plushest Hamburger joint I’d ever seen, and where I discovered the joys of Electric Ice Tea. 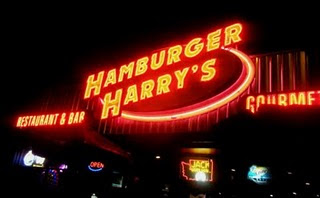 I had four of them, followed by neat bourbon then a few bottles of beer to wash it all down.

Electric Ice Tea is far nicer than the more insipid, ordinary iced tea, easy to make and delightful to drink:
Half oz each of Bourbon, vodka, gin, triple sec, rum, topped up with 4 oz of coke, ice and two lemon wedges.

That evening we went to Kathy’s parents, Stan and Betty, where I practised sobriety. 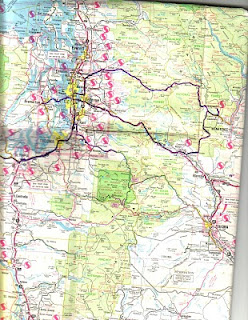 The next day was cold but plans had been made. We travelled east to the Rockies and I discovered the value of ‘snow chains’ a thing unknown in Britain. Unfortunately the car heater malfunctioned and several hours later, having crossed the Wenatchee Mountains, we arrived at Cashmere blue, cold and frozen to our seats. But hell, it was worth it. The sheer brute immensity of the country just over whelms you. I wanted to walk into it and get lost – but luckily my boring rational half won on this occasion and so I just searched for a tree and made steam.


In search of the right tree. 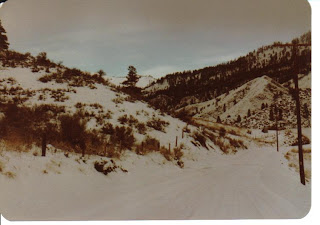 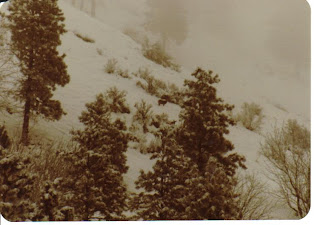 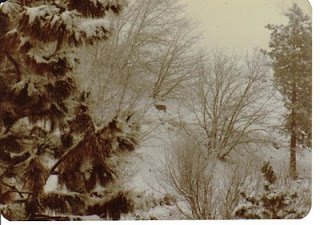 Mike, you MUST have a wooden leg.

Are all Brits such stout drinkers? I'd have been on the floor after that 'tea'. LOL. Though I'm tempted to try it.

More a wooden brain. It catches up on you, but I wouldn't change a thing.