The ugly side of comedy 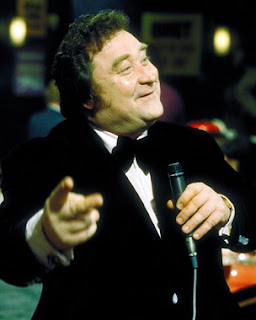 Bernard Manning’s humour was working class humour. It appealed to most working men but especially those of the North, where immigration was heaviest. Liberal ideologues welcomed immigration; capitalists, too, applauded it as a source of cheap labour, but neither had to live with the outcome, and those who did hadn’t been asked.  Immigrants understandably gravitated towards the cheapest areas and settled amongst those least equipped to deal with it.

The British working class is tolerant but not without its faults. They’re not saints. Why should they be? What they do have is humour, and it was humour that alleviated former waves of Irish immigration, and successive waves of further immigration from other countries. The working men’s clubs and comedians like Bernard Manning were safety valves, letting of steam and unease in laughter and beer. In short, like Les Dawson and his mother-in-law jokes, the humour was essentially defensive, reflecting and deflecting insecurity via the communal belly laugh. 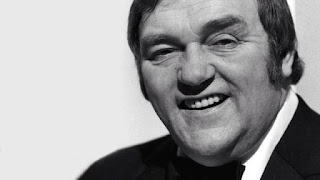 “I saw six men kicking and punching the mother-in-law. My neighbour said 'Are you going to help?' I said 'No, Six should be enough."

“I said to my wife, 'Treasure' - I always call her Treasure, she reminds me of something that's just been dug up.”

Where am I going with this?

In his day, Manning and his ilk were lambasted by the ‘opinion makers’. Their humour was beyond the pale. New comedians made a point of differentiating themselves from its crudity and racism. Crude it was. Racist too, within the parameters I earlier described. But, like those earlier Irish jokes, the humour was generalised. It didn’t go for individuals.

“I don’t think she’d be where she is today if it wasn’t for the fact that she looked like such a f*****g mong. There is no better word to describe Susan Boyle.“When she first came on the telly, I went, ‘Is that a mong?’ ” (A term on this side of the pond for Downs Syndrome) Cutting edge or cruel? Satire or pointless?*

Frankie Boyd gets his laughs by picking on the disabled. Sure, Katie Price aka Jordan, has made her living by exploiting the media. Call her a ‘media whore’ if you want – but her disabled son, Harvey, does he deserve this ? Does any mother deserve it? Can Frankie Boyd even use the same defence as those Northern comedians? Does he feel threatened by waves of the severely disabled? To appreciate the effects of mass media bullying it’s worth reading this article.

Patrick Kielty reduced his audience to silence with a series of jokes about missing toddler, Madeleine McCann. His joke was in the context of some Newspaper speculation that the McCanns  may have murdered their own daughter – the problem being where would they hide the body:
‘If the McCanns wanted to dispose of the body of their daughter, they should have checked her in as luggage on a Ryanair flight.’
The mother’s grief was still raw. She could have done without insensitive media speculation, but hey, a laugh is a laugh and at least it’s not racist or sexist or attacking mother-in-laws.

The most recent example comes from the ‘Big Fat Quiz of 2012’. Here the latest bunch of ‘comedians’ joked about the Duke of Edinburgh contracting a urinary infection from intercourse with the Queen, and ‘Susan Boyle loving it up the arse’.

What’s equally interesting are the email comments in the newspaper that criticised these particular comedians. 90% of them vociferously attacked the newspaper, and defended the ‘Big Fat Quiz’ Stars. Fair enough. Comment is free. But surprising because the Newspaper in question is the Daily Mail, a rightwing paper and not the natural reading matter of ‘cutting edge’ comedians and their followers. So what caused this alien constituency to pick up a rag they despise and take to the barricades?

I suspect the answer is twitter. And this article is well worth reading.  It analyses how some of today’s comedians orchestrate their twitter followers to shit-bomb any who have the temerity to criticize them. I’ve recently experienced a similar experience and know how it’s done ‘X has said something terrible about me. I’m so upset’ This is followed by the occasional encouraging response as the mass bullying takes off - poking the fire as it were. For those who don’t want to read the entire article scroll down to the twitter comments of Ricky Gervaise and Noel Fielding.

My rant is over.
Happy New Year

*
Susan Boyle was deprived of oxygen at birth and as a result has experienced mild learning difficulties. At school, bullies nicknamed her “Simple Susan” — Ricky Gervaise though has a larger audience and is not a bully but a comedian.
Posted by Mike Keyton at 07:45

I don't like many of today's comedians. They're just so brutal and ugly. Their minions gang-bang anyone who don't drink the Koolaid.

I don't know many comedians on your side of the pond but I remember a time when your great satirists attacked the powerful and not the weak.

It's the same on both sides. Gervaise is very popular here. He fits right in with the other bullies.

The politics of the Playground. Depressing stuff, Maria. If your curious, and by way of contrast, check out vintage Billy Conolly on Youtube.

I like shameless humor as long as it's not attacking a specific person, ANY person.

I'm a big fan of the classic Mr Bean, Benny Hill, Fry and Laurie, and from the States, the Blue Collar Comedy guys in particular.
But my favorite comedian right now is Louis C.K., and he uses vulgar language and gestures in a very lighthearted way, but he's never harassing public personas. At least, not in any of the 5 full shows I've watched with him.

I'm not familiar with any of the comedians you mentioned, for which I am very thankful. Hate and cruelty are never funny.

Linda you haven't missed much

Not all comedians are talented enough to bring their humour over the edge. I don't know, call it lack of imagination, consideration, lot's of people are like that. What's annoying is the space they're given on tv and radio shows! When humour is cheap and gratuitously offensive, I don't see a point in it.

There is always the lowest common denominator, Jay

I guess "comedy" is very distinctive according to education, age, social status, and culture. Yes, it's true that there are some nasty comedians out there but let's not forget, that nowadays, there are a lot of sensitive people. You have to tippytoe in order not to hurt people's feelings. I like Seinfeld because he doesn't resort to crude language to make us laugh as his counterparts Eddie Murphy or Chris Rock.
Don't get me wrong, an "F" word here and there is not bad, but when it's peppered all over the monologue is absurd.
In the end, I laugh at what I believe it's funny.

Fuck has its place, Claudia. I think the brunt of my post was a comparison between earlier 'offensive' comedians, and the latest crop. One came from and reflected a culture that felt threatened and their target was generalised. The other comes from individuals who reflect no one other than their own desire to shock - and at the expense of individuals. It's up to others to decide which is worse.