Last night I dreamt of tea bags and Chancellors of the Exchequer present and past. Head on pillow but somewhere else it seemed eminently logical that you could assess the strengths of their respective economic policies by examining their drained teabags, and I had amassed a fine collection going as far back as Gladstone – three for each chancellor to preclude mistakes, and each carefully arranged about the study. My fingers were poised on the keyboard when my wife came in and the dream ended.

In a peculiar way the dream made as much sense as the random leaflets inserted in   magazines. These two leaflets dropped from a recently purchased Private Eye, and I make no comment about the merits of each – not now at least – I’m still trying to get my head around a connection I sense but can’t quite tease out. 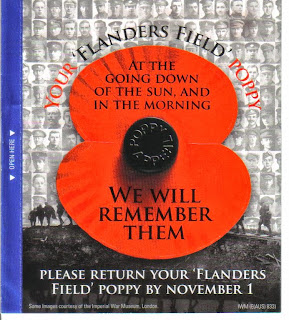 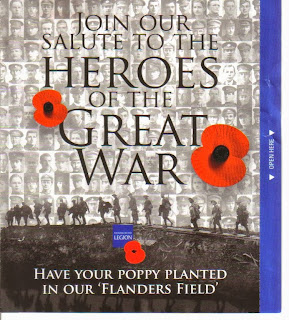 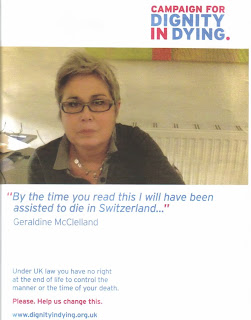 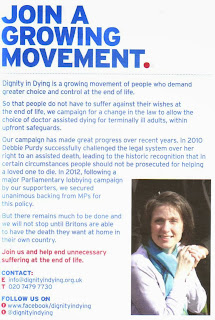 The soldiers of the Great War were heroes even if most didn’t want to be, and heroism on the battlefield has been shown before and since. And there is no doubt that those fighting in the campaign for ‘Dignity in Dying’ are sincere and believe it is wrong that they are not allowed to die. God forbid the dilemma ever faces me or those close.

Perhaps it was the random contrast between the horrendous death toll of the First World War and the infinitesimal casualties of those wanting to die. I keep feeling it is something else as well, a shadow hard to define but there.

My feeling is that once such a right is enshrined in law what begins as permissive will end up as noblesse oblige  and the eventual casualties will dwarf those of World War I. The ‘LiverpoolPathway’ began as a humane approach to death in the hospice movement. Adopted larger scale and institutionalized it became something horrendous.  It may be that the law should remain uncertain. The alternative might be  a neat symmetry between abortion and euthanasia – the carnage of the inconvenient.

Re: the carnage of the inconvenient

A perfectly efficient, yet eloquent way to phrase it. Well done.

Thank you, Maria - and I hope you're on the road to recovery!

The contrast of sacrifice and self-immolation is stark. What disturbs me about the suicide movement is the blatant politics of it. There are only two entities on earth that can permanently relieve you of your liberty: a foreign government or one's own. The blindness of putting that sort of decisionmaking in the hands of bureaucrats can only be due to ideological loyalty (i.e., dementia).

Thanks Crash, I'm mending, just taking things at a slower pace - for the moment. I guess subjugating yourself to the will of a tribe is a kind of dementia :)

A side of the right to die questions I hadn't really considered. Now I guess I'll have to consider it.