Know when to stay put 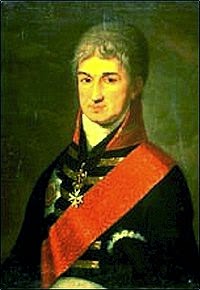 The great Russian adventurer, Nickolai Rezanov, was exploring the South Pacific with the intention of extending Russian influence and power in the still fluid Americas. He was responsible for settlements in the islands of Hawaii and Sonoma County just seventy miles north of San Francisco. But what a surprise he got when his ship Nadezhda approached Nukakhiva, one of the islands of the Marquesas.

A man in a small dugout canoe paddled furiously towards the Russian ship. The canoeist wasn’t a native, but one Edward Roberts who’d deserted from an English whaler in 1798, had settled on the island and married the king’s daughter. Either the king’s daughter was phenomenally ugly or he didn’t recognise his good fortune, for in 1806 he left this paradise, worked his passage to India and died there in poverty.

Another European renegade also lived on the island of Nukakhiva, a Frenchman called Jean Baptiste Cabri. He, too, was married to one of the king’s daughters, had been there so long he’d almost forgotten his own language, and was covered from head to toe in native tattoos. 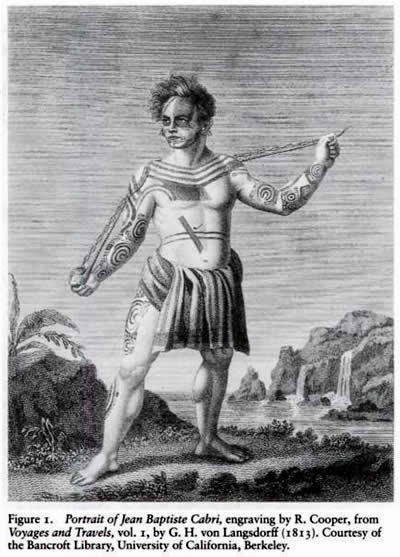 The Russians arranged a banquet aboard ship for the king and his immediate family, and were no doubt impressed when the king’s brother, Muhaw, casually punched a hole in the top of a coconut with his knuckle, drained it in a few gulps, and then crushed the empty nut between his knees. I reckon I could do something similar with a can of Budweiser. 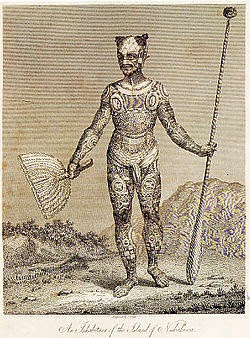 All good thing have a natural end and the Russians set sail on May 18th  1804 - just as a heavy gale grew in strength. Unfortunately for Cabri he was still on board, saying his good-byes and with the wind too strong for him to disembark was forced to go with the Russians, leaving his native wife and children behind. The German officers on the Russian vessal had little time for him. ‘Only his nasty character and the few vulgar ballads he knows show him to be a Frenchman,’ wrote Lowenstern. ‘First Russian Voyage’
Cabri ended up trekking overland from Kamchatka to St Petersburg. For a time he eked out a living teaching naval cadets at Kronsadt to swim and ended up ‘in a travelling freak sow in Britanny showing off his tattoos.’ There was talk of raising money to preserve his skin for a Parisian museum, but nothing came of it and Jean Cabri’s tattoos were buried with him in a pauper’s grave.

Like my friend, by design or carelessness both men left an island paradise (Okay, my friend’s school was no island paradise nor did he end up in a travelling freak show) and came to an ignominious end. The bottom line is - Britanny in winter, Kronstadt at any time of year - or this? 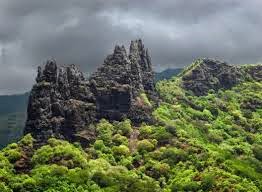 In 1846, Herman Melville described his experience Nukakhiva in his novel Typee:
"Very often when lost in admiration at its beauty, I have experienced a pang of regret that a scene so enchanting should be hidden from the world in these remote seas, and seldom meet the eyes of devoted lovers of nature."  I bet, in his darker moments, Jean Baptiste Cabri had cause to curse the Russian, Nikolai Rezanov.

The grass is always greener on another island--if only in a Swiss cheese mind.

I imagine they missed modern living, though I think I would've been willing to tough it out in paradise.

Have you ever considered living a la Paul Gauguin and going native?

Wow... imagine having to adapt yourself to a completely different culture, only to have the wind (THE WIND, FOR GOODNESS SAKE) take you away from that and force you to adapt yet again. >_<

Says something that Cabri didn't just jump overboard. Not sure what, though...

Mike, you come up with the greatest history lessons.

Maria, in answer to your last question, no. But then I don't have a swiss cheese mind. Bernadette might disagree.

Misha, others also conjecture as to whether Cabri tried hard enough. That secret remains buried, along with his tattooed skin.

Linda, thank you. Results of a misspent youth and a now idle mind - but not a swiss cheese one.

Interesting but shouldn't it be accredited to Owen Matthews' book "Glorious Misadventures"?