Is it any wonder I like ghost stories. I grew up in a ghost-ridden town. Every corner, back lane and shadow suggested more than was seen. And if you grew up in the warrens of red-bricked terraces, in streets poorly lit and back allies not lit at all, your senses tingled in darkness and you ran for the safety of hearth and fire, and perhaps cheese and toast. 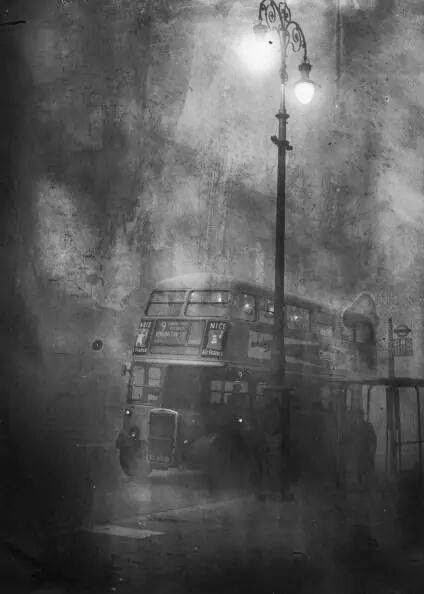 One of my favourite places is the Anglican Cathedral – the fifth largest in the world for those who like their statistics. It glows ochre in Irish Sea sunsets and broods over the city. At night, it comes into its own. 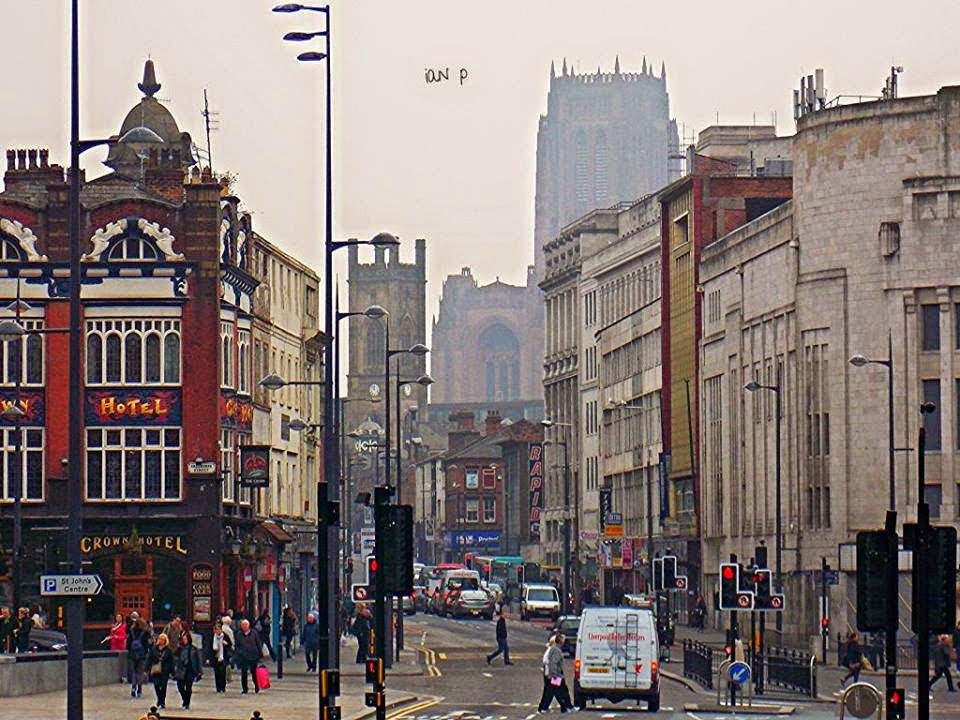 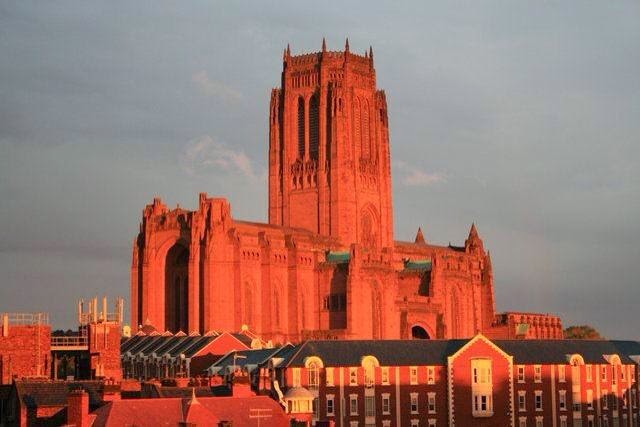 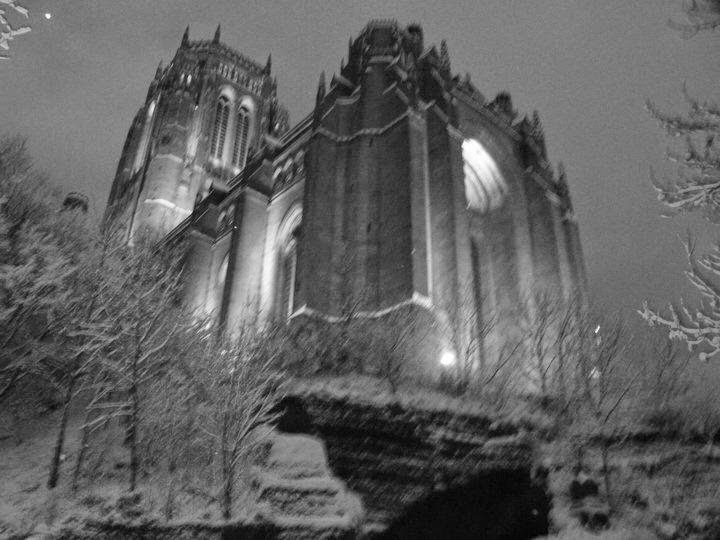 I mentioned in a previous post I studied in a pale blue Georgian building, an annexe to Liverpool Institute of Further Education. It was directly opposite the Cathedral on the corner of Duke Street. At lunch times I would walk with my first great love in the overgrown cemetery surrounding it.

So much has changed and with it new ghosts. The last burial took place in July 1936 when the graveyard was declared officially full. The authorities waited until my back was turned and then they pounced. St James Cemetary was to be turned into a public garden, a more fitting setting for the fifth largest cathedral in the world. They cleared 90% of the gravestones in favour of a green, landscaped space. When I returned from University the job had been done.

The beautiful Georgian building, along with much else was also torn down to be replaced with a terrace of yuppie residences called Cathedral Gates. There are restless ghosts. You can sense them in the photographs. 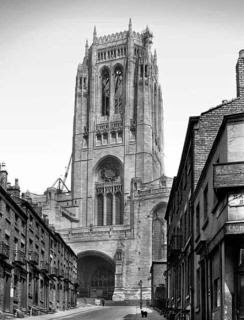 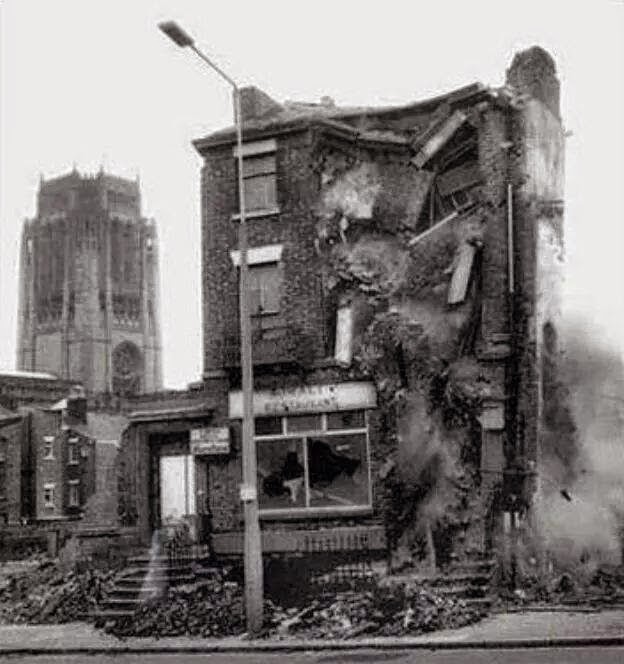 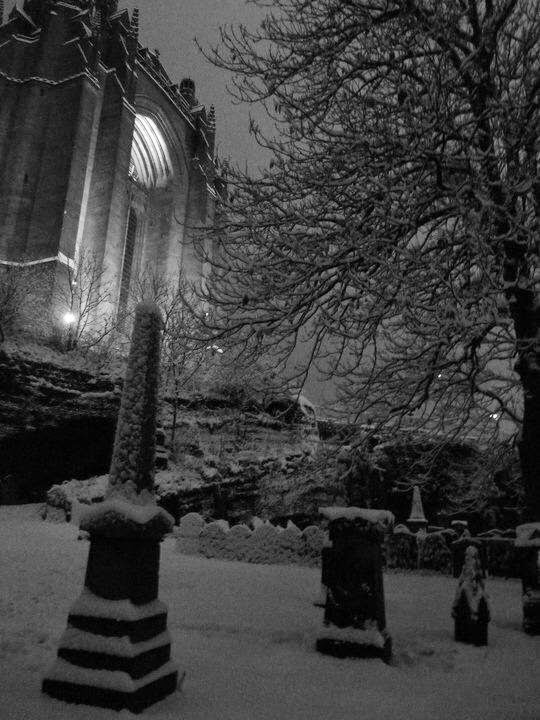 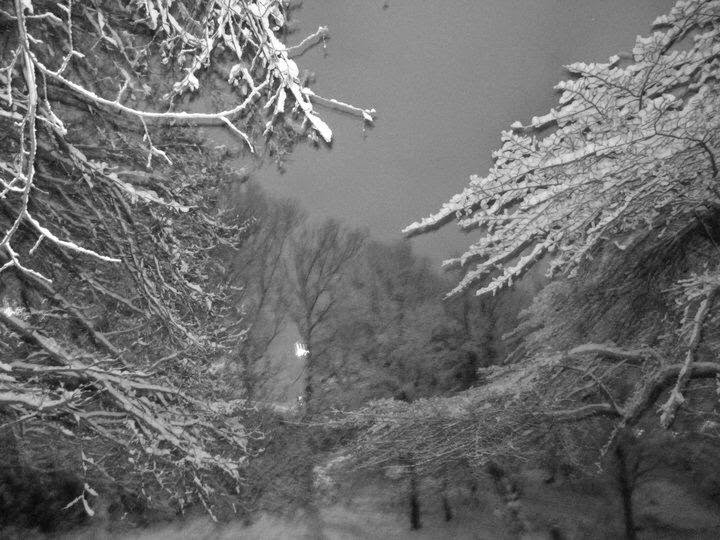 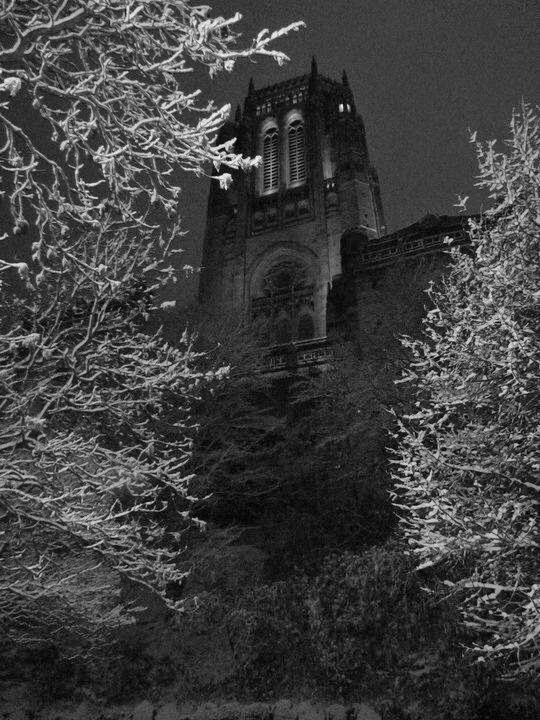 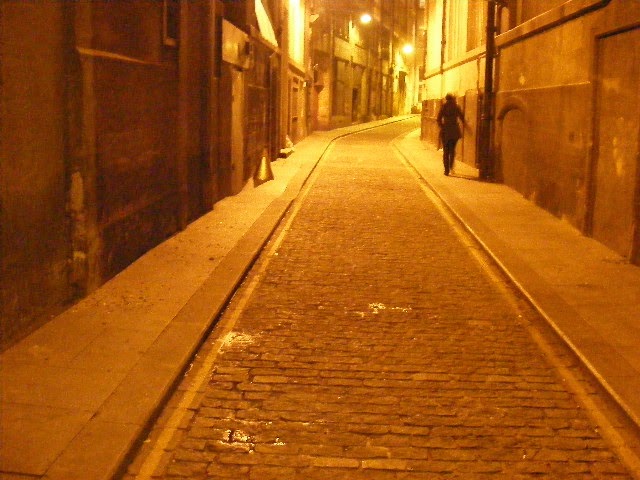 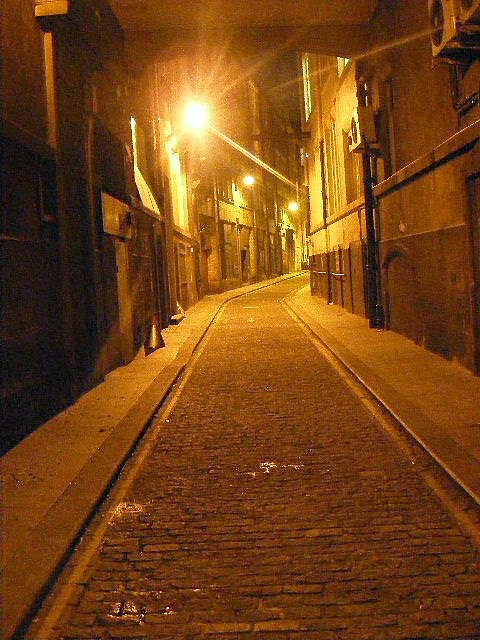 By now, if you've looked carefully, you should have spotted one of the ghosts. A give away copy of Dark Fire to the first person to spot it.

The two last  photos are mine. The rest belong to the talented Ian Pendleton, Sharon Lewis and the equally talented and generous members of :

What beautiful pictures! You're right. That cathedral does seem to loom over the city, doesn't it. I know a few graveyards where they've moved headstones to make way for gardens, etc. I think it's a shame when they do that.

You chose some excellent photos. Got the whole ghost thing.

Well done, Dawn. I'll send it to assuming you have an address on your blog

Yay me!!! lol. Email should be on the blog. Any issues let me know :) Thanks

Cute. It's waiting for take-away on the restaurant stoop? I owe you a Parkland review, which is coming. I'll swap you for a copy of DGC and a review on Goodreads, et al. (eventually).

Thanks, Crash. Done. It's on its way

Henry, how could you not see the ghosts? You've been reading too much philosophy :)

Wait a minute. They took an old cemetery, left the...remains, knocked down the headstones, and build a garden? So much for visiting you ancestors' final resting places.

Linda - Knowing the price of everything, the value of nothing

But if a ghost appears on the steps and no one sees it, is it there at all? Hum...