I love obituaries. I love contrarians more, irrespective of class. The Dowager Marchioness of Reading who recently died at the good age of 96 is a case in point. She was a reputed beauty in the 1930s and 1940s,  for a brief time the face of Pond's Beauty Cream. She also possessed a fierce and independent spirit, being one of the first British women to get a pilot's license, compete on the stock car racing circuit and later indulge in rally driving in the 1950s. In old age, she became an outspoken English nationalist and campaigner for animal rights. 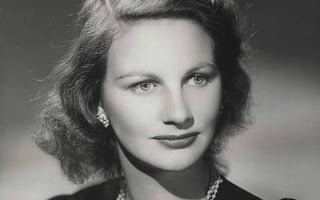 Not everyone admired her. Harold Brookes Baker, the former publishing director of Burke's Peerage, once noted that Margot Reading 'had views diametrically opposed to most sane people.' This is rich coming from one who once assured the Queen that she would be safe from Islamic fundamentalism because she was related to the Prophet Mohammed, and later  proposed that she be created Empress of Europe.

Harold Brookes Baker, I suspect was more sycophantic than feisty. I can't imagine him ever writing, as The Dowager Marchioness of Reading did when defending football hooliganism:
"We are a nation of yobs. Now that we have no war, what's wrong with a good punch up?" In a later interview she elaborated further:
"I love England so much and I just feel that the so called 'hooligans' are just sort of over enthusiastic. How is it we conquered the world and that our armies went over the top? It is because we are a nation of fighters. What an English tough guy does is to fight with his fists, which is a good clean fight…with so many milksops and left wing liberals and wetties around, I just rejoice in the fact that there are people who keep up our historic spirit.'
She did her bit for the 'English Spirit' by fiddling with the controls of a carousal to make it go faster. It nearly flew off from the ground, along with everyone on it.
She also wrote (an unpublished letter to the Telegraph) proclaiming that 'the only answer to paedophiles is to cut their balls off.' In the 1960s she considered being a Conservative candidate until her husband dissuaded her, fearing what she might say. We live in a duller world
Posted by Mike Keyton at 01:59

Other than the fist fight comment, I find her a kindred spirit. :)

Greg likes to read the obituaries too, particularly of 'ordinary' people who led extraordinary lives.

ahhh...I'm glad the title caught my attention. Horrible we live in a duller world.

Maria, I think the golden age of obituaries passed twenty year or so years ago when you could still read about men of ALL classes who did extraordinary things in open war or the cold war of the Edwardian 'Great Game' where Russian and British imperialism met, and where Germany was trying to muscle in. Just recently a blue plaque was raised outside the former office of Sir Mansfield Cumming, the first head of Britain's secret intelligence service, MI6, who carried a swordstick, wore a gold-rimmed monocle and was reputed to have cut off his own leg with a penknife after a serious car accident.

Thanks Mac.I chose the title deliberately like and angler baits the hook for the big fish :)

We're a nation of yobs? What's wrong with a good punch-up? I think I'm in love with a ghost. God, what a woman.

Crash, ghosts can be undemanding lovers...if you're lucky.