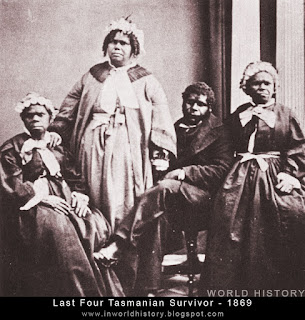 I have not been so depressed by the printed word for a very long time. It was about a topic I knew nothing about, and be warned if you read much further you’ll share my depression.
In his book, The Cruise of the Beacon 1854 Francis R Nixon, the Anglican Bishop of Tasmania wrote this: 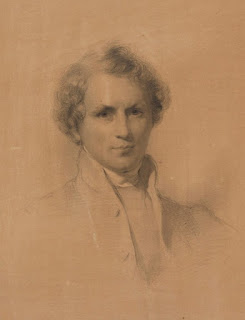 "Nearly eleven years had passed since I landed on the self-same rocks with Sir John Franklin. How changed the scene! Then the beach was covered with the aborigines, who greeted their kind and loved benefactor with yells of delight; capering and gesticulating with movements more indicative of exuberant wild joy than of elegance or propriety. Now all was still."

When European settlers first settlers arrived in Tasmania in 1772 they remarked upon the number of aboriginal folk, their friendliness, and complete lack of curiosity. By 1830 their number had fallen from about 5000 to 72.  They had been used as slave labour, sexual pleasure, tortured and hunted as vermin—their skins sold as government bounty. Male Tasmanians were killed, their wives turned loose with their husbands’ heads tied around their waists. Those not killed were castrated and their children clubbed to death.
William Lanner (spellings vary) 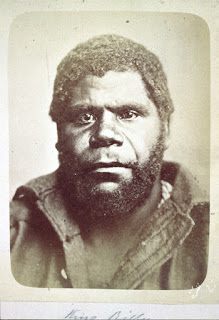 The last indigenous male William Lanner died in 1869 at the age of 34. Two men wanted to examine the corpse. Dr. W L Crowther of the Royal College of Surgeons got in first and decapitated the dead man, replacing the missing head with another one. Other accounts suggest he skinned the head of the dead Tasmanian and attached it to another skull, which he attached to the corpse. His arch rival, Dr. George Stokell of the Royal Society of Tasmania had be satisfied with the hands and feet, though he did make a tobacco pouch out of the skin. Both men operated in the belief that the Tasmanian was the missing link between Ape and Man. 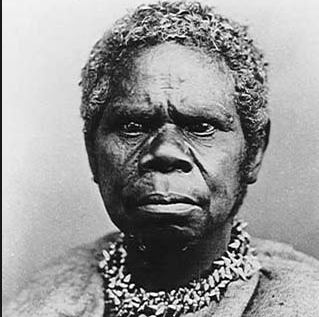 William Lanner’s companion, Truganini, terrified that a similar fate awaited her when she died, begged to buried at sea. Her request was denied and her skeleton was displayed in the glass case of a Tasmanian museum. Not until 1947 was her skeleton removed on the basis of poor taste, but only to be put in a back room for further scientific examination. Finally in 1976 her skeleton was cremated, the ashes scattered into the sea as she had requested.

It’s easy to shift responsibility on to the backs of ex-convicts and greedy adventurers who saw the indigenous population as an obstacle rather than human. That would be too easy. You also have to factor in the racism that permeated the religious and intellectual climate of the time. 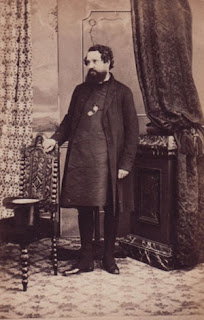 Bishop Nixon’s racism is of the weary benevolent kind. Thus he writes:

“Early navigators speak of the aboriginal inhabitants of Tasmania as a social and gentle race, equally devoid of curiosity and of fear. Indolent and un-enterprising, (and) as is the wont of savages, addicted to petty theft. All accounts agree in describing them as being singularly deficient in the most ordinary methods of procuring for themselves those comforts, which usually characterize even the most untutored tribes of man.”

Within ten months of British occupancy fifty Tasmanians were shot. Bishop Nixon is full of sympathy:

“Poor ignorant savages--all unconscious of our power and of our resources, knowing nothing of the white man….
(But fearful was his revenge)…No white man's life was safe: at no hour of day or night could he be sure that the sleepless eye of the stealthy savage was not upon him. Men, women, and children were speared alike.”

The exculpation is a familiar one, much the same language used against the Native American. Bishop Nixon continues”

“As European population crept in and increased…The inferior race has slowly but steadily yielded; and though long succored and protected, there is now a mere handful of the aboriginal inhabitants left, maintained, however, in ease and comfort upon a Government establishment."

He his referring here to a protective enclave established by the missionary Augustus Robinson. Here children were taken away from their mothers so they could be better indoctrinated in European ways. Food rations were so short most of them died of malnutrition. The good Bishop saw what he wanted to see and remained a happy benevolent soul as his journal records:

“…baptized six children, all half-castes. One of them, a boy of two years of age, was as magnificent a little fellow as I ever saw. His large full black eyes, and finely formed features, would have done honour to any parentage.

Soon after dusk we returned to our hospitable quarters, where we found tea awaiting us. Our host, Tucker, and his active little Hindoo wife.” 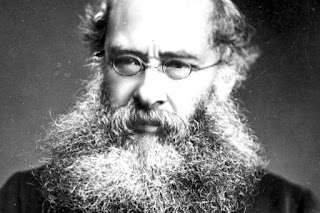 Saddest of all, since Anthony Trollope is one my heroes, even he wasn’t immune from the casual racism of his time:


“…of the Australian Black Man we may certainly say that he has to go. That he should perish without unnecessary suffering should be the aim of all concerned in the matter.”
Posted by Mike Keyton at 04:55

We can conveniently dismiss this as cultural ignorance on the part of the Europeans, but it doesn't forgive it.

Maybe we have to let bigotry die out with its owner before we can move ahead.