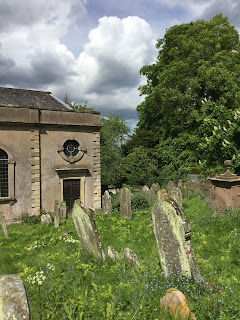 Like a musty old stoat, I’ve become quite partial to haunting old graveyards. As rock icons fall all about us, I predict graveyards will soon replace property-porn in polite conversation.

That’s not the reason I visited Stoke Edith, a tiny hamlet six miles east of Hereford. The reason was JohnWickens, a late C17th alchemist and confidante of Isaac Newton. The two men shared a room together for 20 years, whilst Newton walked the tightrope between respectable science and alchemy.

The two men may or may not quarrelled, but after 20 years, John Wickens suddenly upped sticks and decamped to Stoke Edith where he ended up as rector. He later married, more Wickens appeared, and in due time John Wickens, rector and alchemist died. 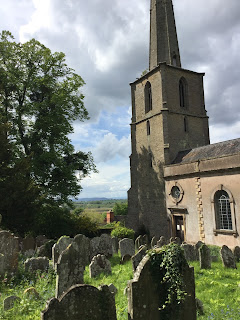 So, why should this interest me?

The answer lies in Mr Nousel’s Mirror, a short story in my collection ‘Tales from the Murenger.’ It was researching into this particular story that I first came across him. I fell in love with the name ‘Stoke Edith’ and now at last— with our inbuilt ‘satnav’ —  we duly set off.

Stoke Edith has a population of just over 300 people though this must surely include neighbouring villages and the local graveyard, because when our nice sat-nav lady said we’d arrived, all we could see was a lane.

We followed it and arrived at a deeply hedged crossroads with glimpses of countryside beyond and a winding track to the C14th church where Wickens ended his days. 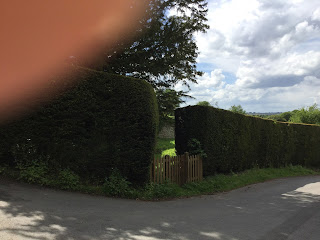 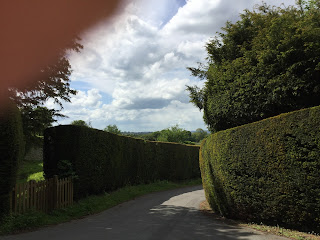 My apologies for the ghostly thumb 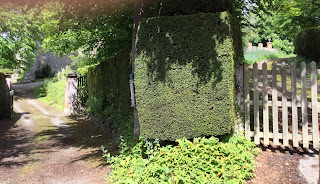 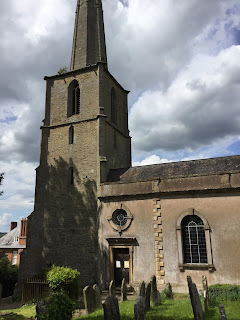 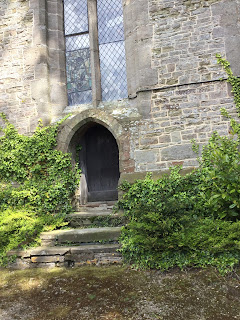 I used to visit graveyards more when I was younger. Now it just looks as if I'm house-hunting. :)