The stuff on our doorway: Ledbury

In 690 AD the beautiful and ruthless Wu Zetian became the first empress of China. and the market town of Ledbury in Herefordshire was founded. It was mentioned in the Domesday book and has a church dated from the C12th. 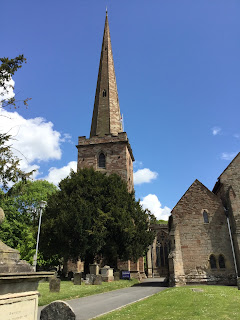 St Michaels and All Angels Church

The original church has been extended several times. For example the tower was built around 1230 and the Spire added in 1733. If you look closely at the picture you can see that the tower – uniquely for Herefordshire – is not connected to the main body of the church.

Wandering around. you stop at building after building: The Feather’s Hotel, a C16 Drovers inn, 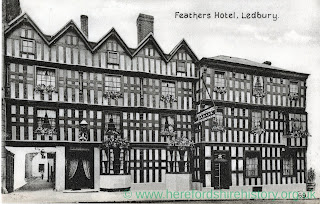 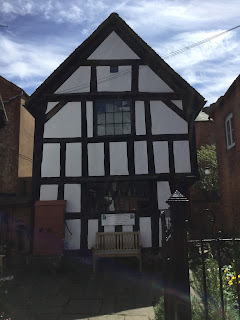 a Butchers moved piece by piece and reassembled after complaints about the smell. It’s now a museum. You walk down wonderful streets with equally wonderful toilets, glimpse lanes you could write stories about. 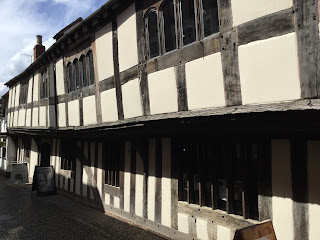 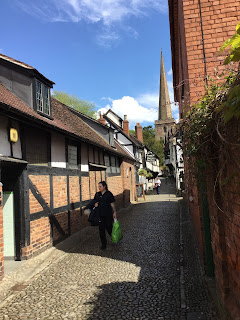 Toilet entrance to the left 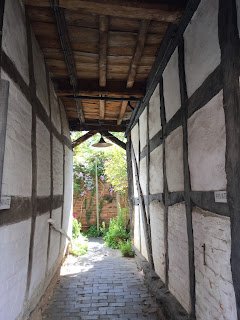 There were four battles of Ledbury, a Royalist stronghold during the English Civil War, and some notable people were born here, William Langland the C14th poet, Elizabeth Browning, the Victorian poet, John Masefield an inter-war Poet Laureate – notice a pattern here? I could continue. William Wordsworth wrote a sonnet about St Catherine of Ledbury, though the pattern is perhaps spoilt by Elizabeth Hurley alsol from Ledbury who has yet to write a poem.

If I may end on two curiosities:
The shoe bath for the poor, wheeled from house to house on a trolley. There was a tap on the toe of the boot, which I’ve masterfully left out. At each house some water was let out, leaving space for a ‘top up’. There are apparently only three examples of a shoe bath in the entire country. 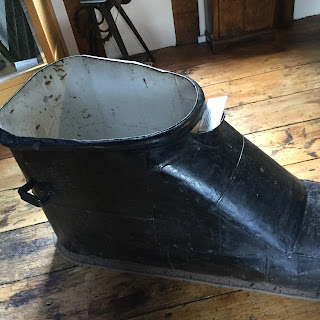