What emerged from the marsh 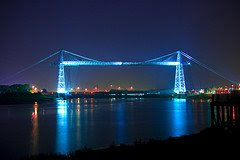 The Transporter Bridge, one of only two in Britain. It's a prominent landmark in 'Lucy Silver' 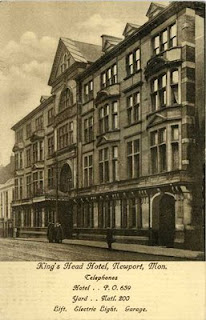 It is behind and around The King's Head that 'Mr Nousel's Mirror' is set. It also figures in 'Lucy Silver'. Perhaps more important for many is that Van Morrison is a sleeping partner in the hotel, and has often performed there without fuss or ceremony. Mind you, so has Oasis. 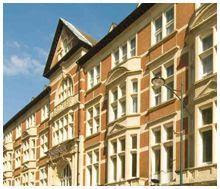 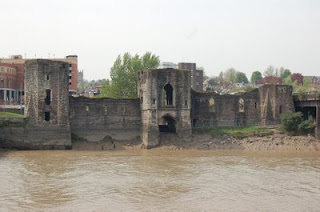 Newport Castle, built by the Normans, turned into brewery by the Victorians. Inhabited now by goths. 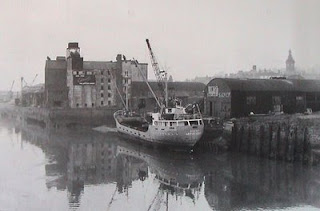 Newport is a dark and magical place. I often say it, sometimes including the word ‘seedy’. These few pictures sum it up. I’ll leave you to decide which you’d label, dark, magical and seedy. What needs to be remembered however is that all of this was once marsh, and to marsh it may one day return.

The next posting will deal with aspects of Newport's history, along with some superb photos from Andy of South Wales.
Posted by Mike Keyton at 07:02