A seven year old schoolboy was hit in the face by a triangular flapjack. The incident took place in a school canteen. Immediately the headmistress took action. With Napoleonic vim she banned the triangular flapjack - one of those rare occasions when Brussels wasn’t consulted first.
From henceforth the flapjack would be rectangular – which in my view just adds another lethal corner. Maybe there had been some discussion in Castle View School’s senior management team – round flapjacks perhaps mooted and then discarded. These could well slice across faces leaving Prussian dueling scars. So square or rectangular it is.

Thinking back to my school the consequences of this are fairly predictable. Experimentation – flapjacks whizzing along corridors, down stairwells and across crowded classrooms, like edible Frisbees in search of the perfect aerodynamic curve. Pandora’s box once opened….

My heart falls…looking back… Opportunity lost - If only we’d had the flying flapjack when I was a child. There were fusspots then, but they had more to worry about: 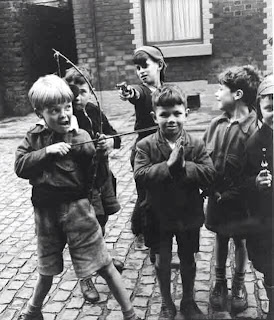 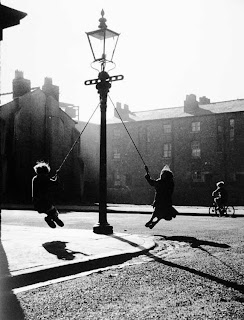 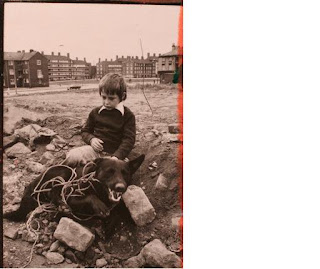 Still, childhood is a state of mind. I’ve bought my pack of flap-jacks. Just waiting the suitable moment.
Posted by Mike Keyton at 05:02

I opt for the frisbee flapjack, though mine are too fluffy to be used as weapons.

This does cause me to question the quality of the kitchen but flying flapjacks wouldn't have caused much concern when I was a kid either.

I am drawn curiouser and curiouser by this triangle flapjack and the dangers it posed :-)

Recently, a primary school lad was suspended for gnawing a breakfast pastry into the shape of a handgun (one must be generous to the sensibilities of paranoid teachers). However, he was apprehended before actually injuring anyone with the offending goo-filled treat.

Maria, the fluffy ones are the worst. They can choke you. Take them off the menu right away!

Linda, where would we be without hyperactive administrators? A better place probably.

Angela - try making one but fly it in private in case somebody sues.

Crash your story makes me despair

And everyone, apologies for the late replies. I've only just got back from France - no internet. Shock therapy - and now a mountainous inbox : )