A medal in return 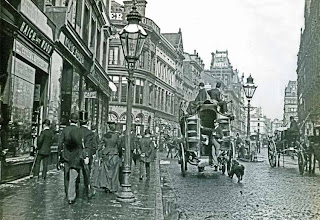 This is the Liverpool he left: Lord Street looking towards Church Street mid 1890's 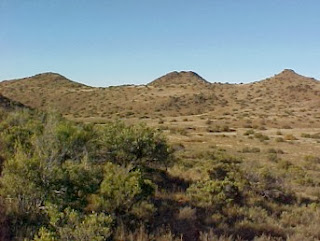 And this is where he ended up. 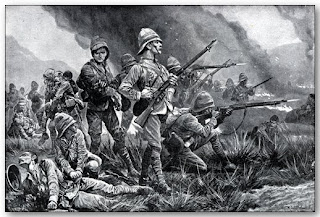 Shortly after that he died at the Battle of Slabbert Nek

And this is the context:

The Boer revolt was initially successful and caught the British on the back foot. By 1900 the full resources of the British Empire had been mobilized. Troopships from India and Australia, Egypt and Britain had converged on South Africa and amongst those soldiers was Sergeant John Keyton of the Royal Irish Regiment. 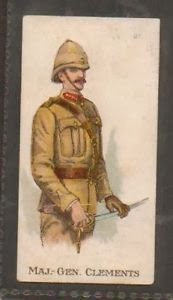 On July 6/7 in conjunction with other forces they defeated the Boers at the inappropriately named, Bethlehem. The Boers retreated and regrouped in the Brandwater Basin. 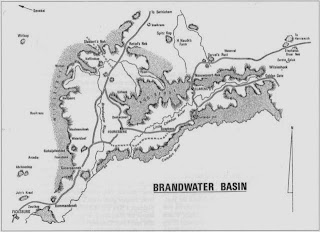 The Basin resembled a huge horseshoe formed by the Wittebergen mountains with Slabbert’s Neck and Retief’s Nek to the north. Retief’s Nek linked on to the Roodebergen range curving south easterly to Naauwpoort Neck and Golden Gate. Its circumference as a whole was about 75 miles; its base-line about 40 miles is marked by the Caledon River. The four key access points in this natural citadel were Commando, Slabbert, and Naauwpoort Neks. My grandfather probably didn't realise all this. He was thinking of keeping warm at night by making fires from animal dung and grass briquettes, or writing letters asking whether his wife had enough money, wishing his friends well, once discussing the things he would do when he returned.

Back to the strategy. 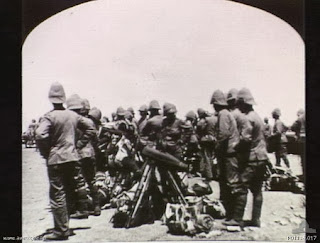 The Boers realised their danger, realised, too, the terrain didn’t suit their manner of fighting and by July 11 were planning their retreat. They were limited to only three passes:  Naauwpoortnek in the east, Commando and Generals in the south, Slabberts and Retiefs in the north and the Golden Gate. 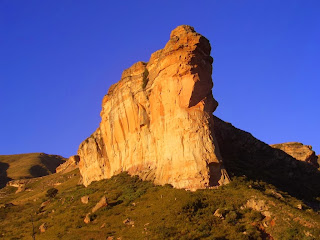 On July 16th the Boer Commander De Wet, with fifteen hundred well-mounted men and five guns, broke through Slabbert's Nek and made swiftly for the north-west, leaving the main Free State force in a hopeless position behind him

The Boers held firm at the strong pass of Retief's Nek, but on the 24th July they were forced to abandon it, as the capture of Slabbert's Nek by Clements threatened their rear. 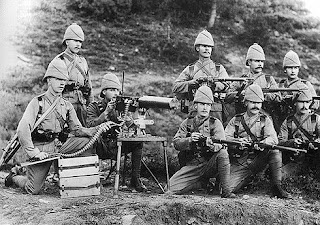 Slabbert’s Nek was heavily fortified and the first attacks on it on the 23rd were unsuccessful. Two companies of the Wiltshires* did, however, gain and hold their position until nightfall. They were a stone's throw away from the Boer trenches. A section of the Royal Irish had also got close to the enemy's trenches, but not my Grandfather. He was killed in action and never saw what happened next. 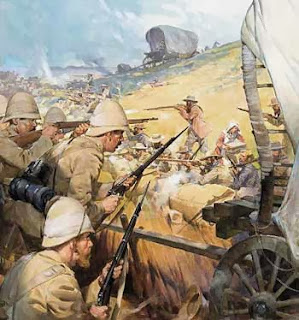 Under cover of darkness, Clements sent four companies of the Royal Irish and two of the Wiltshires on a dangerous night march. The soldiers had to crawl on their hands and knees along a rocky path with a drop of 400 feet on one side. This flanking movement along the crest of the heights surprised the Boers, forcing them to retreat in haste. With the fall of Slabbert’s Nek, Retief’s Nek was impossible to hold making it impossible for the Boers to retreat. 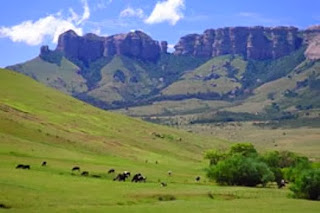 Within six days British forces took Spitzkrans, Relief’s Nek, Slabbert’s Nek and Fouriesburg almost unapposed. On July 27 the Boers attempted to retreat from Naauwpoort Nek along the Little Caledon River towards Golden Gate, but were forced to retreat to Slaapkrans, now known as Surrender Hill. 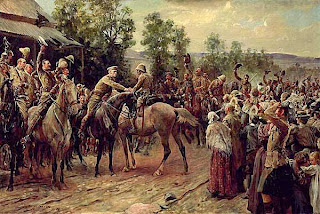 Between July 28 and August 9th Boer forces collapsed. The British had captured 4 314 men, three field guns and 2 800 head of cattle and they destroyed about 6-million rounds of ammunition. Some comfort for my grandmother who had to bring up two children alone.

She did, however, get this. 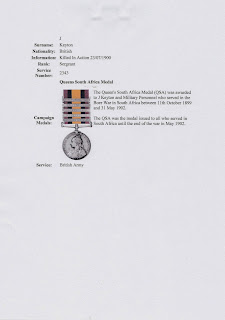 *With thanks to the Wiltshire Regiment

There's nothing sadder than when your soldier didn't make it home. I'm sorry you never got to know your grandfather. Did you ever get to see any of his letters to home?

I guess he was in his early twenties in 1900. Had he lived he might have seen me as a baby, even a toddler. Whether I'd remember him is more problematical. Yes, I saw the letters, beautiful handwriting but difficult to read. Luckily, perhaps it was instinct, I was able to copy four of them before they were destroyed. The historian in me weeps.

I love your history posts. And I'm sorry you missed the chance to get to know your grandfather.

Thanks for that, Linda, I appreciate it.