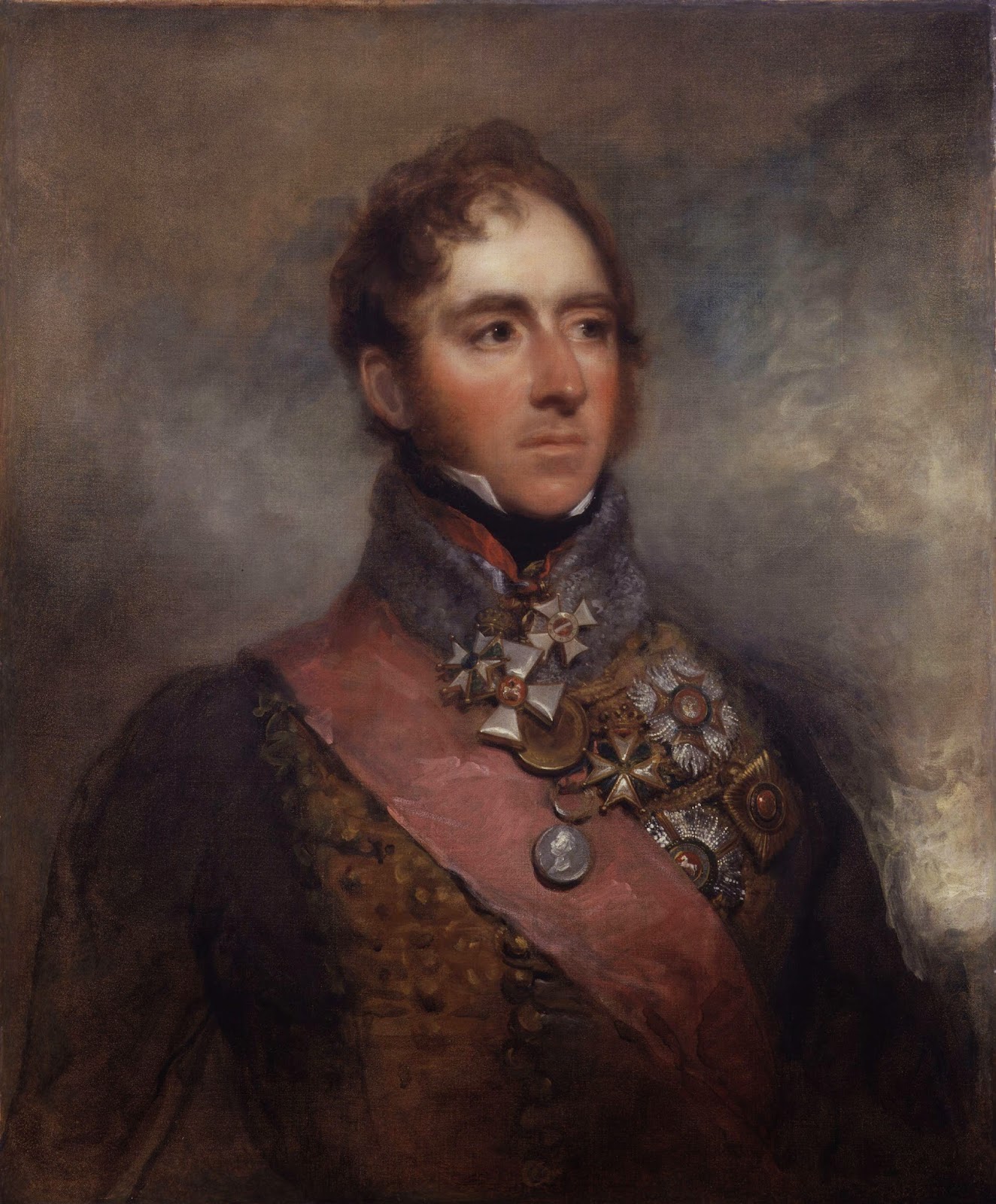 The battle of Waterloo saw others less fortunate.  55,000 were killed or wounded. In one key respect it was worse than the first day of the Battle of the Somme. There 234 lay injured per mile of front. At Waterloo 2,291 lay injured per mile of front - many left bleeding to death. A few days later the London dentists arrived and extracted their teeth, revolutionising dentistry.

All a far cry from the evening before at the Duchess of Richmond's Ball:
Brilliantly evoked in Thackery's 'Vanity Fair' but the pictures are good too. 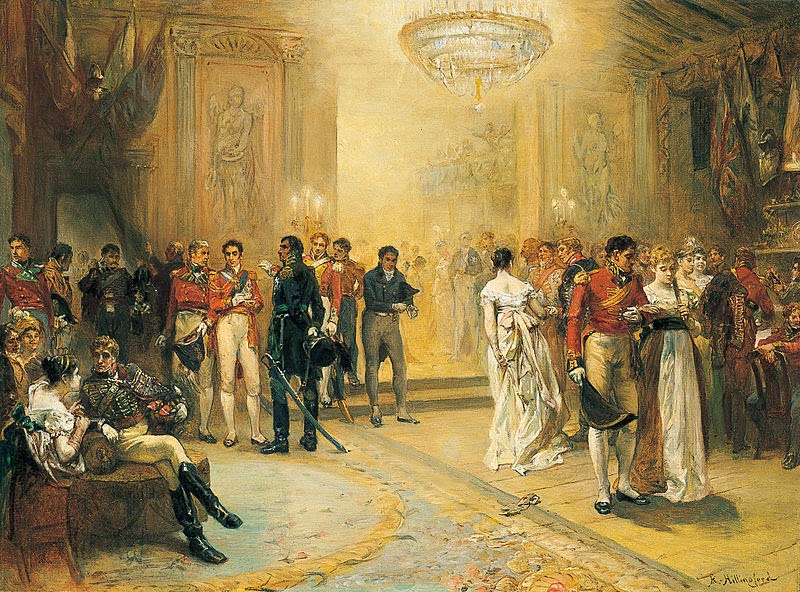 Bad news. Napoleon is almost upon them. Party-pooper! 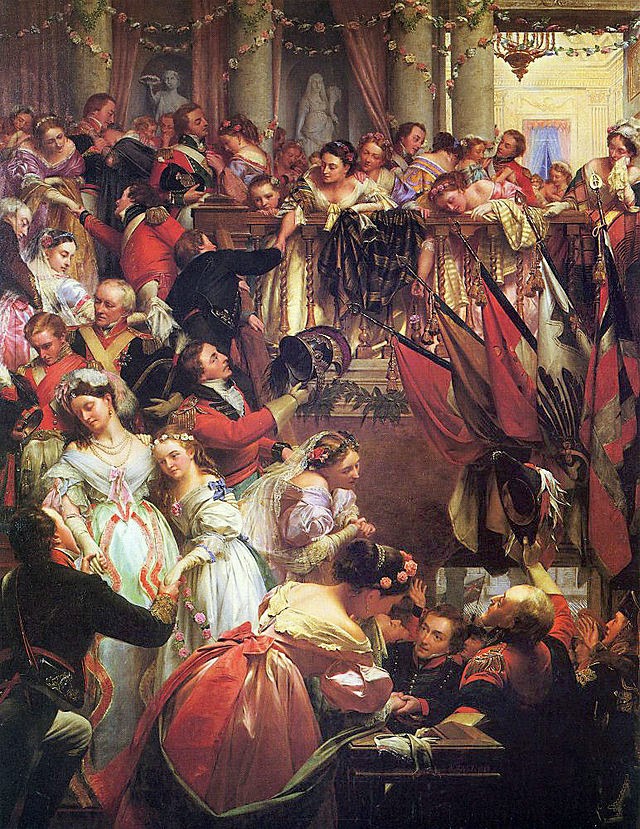 We're coming for you Party-pooper! 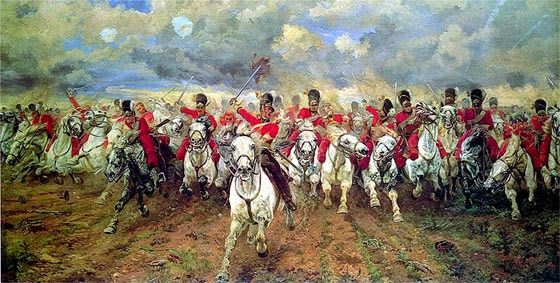 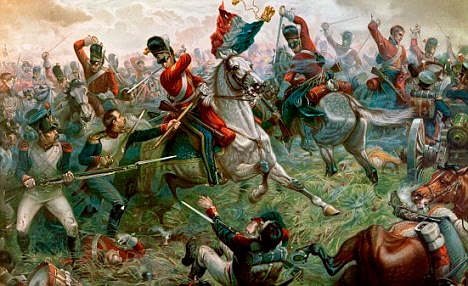 Michael Crumplin, in his book, The Bloody Fields of Waterloo reveals that there were 2000 amputations that evening and the following day. The amputation was usually conducted standing up for speed was essential.  In Crumplin's words:

"They would cut the flesh with large capital amputation knives and then divide the bone with a saw. That would take only a few minutes but then you had to make sure you had control of all the arteries, which had to be tied off individually. Then you would dress the wound. In all it would take about fifteen minutes." (About the time needed to make and eat a round of cheese on toast.) Just as well because there were no anaesthetics other than spirits and on rare occasions, a small dose of opium.

Lord Uxbridge apparently didn't flinch, except on the one occasion the saw jammed on the bone. The leg was buried in the garden where the amputation took place, and a plaque marking the spot was a tourist attraction for some years.

Crumplin makes the point that most injuries were from spent musket balls that penetrated the skin. "Being round, although they didn't have the destructive power of modern bullets, they did carry items of clothing into the wound - cloth infested with bacteria - which was a huge problem." It was why soldiers queued for the surgeon's saw. After twenty years of warfare they had seen the speed of gangrene, and its horrific effects.

One final, interesting statistic from Crumplin's book is that of the 6,800 men wounded at Waterloo, 75% of them had rejoined their regiments by 1816. Injury and death were obviously preferable to the alternative as an agricultural labourer. Their officers, equally brave but having more options, resumed their dancing.
Posted by Mike Keyton at 14:06

That exchange reminds me of a Monty Python sketch where the soldier lost his leg while insisting it was only a flesh wound. :D

I can't believe they pulled the teeth off all those dead men.

Monty Python and the Holy Grail. Classic. I love the line 'Can still give you a nasty bite."

The Wellington teeth creep me out. What if you were wearing the teeth of a Frenchman? (Sorry, that is a joke in case anyone without humour reads this)

It's actually surprising to think that people would willingly line up for amputation without anesthesia, but then, that probably was better than a horrible death.

Misha, it doesn't bear thinking about😁